The last film that Harvey Weinstein had final cut over is a surprising success. A- 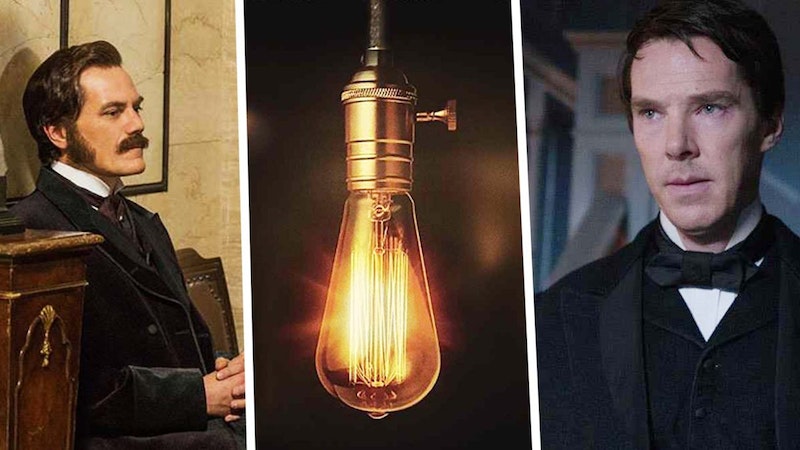 The Current War might be the most overachieving film of the fall. It tells the story about the late-19th century battle between Thomas Edison (Benedict Cumberbatch) and George Westinghouse (Michael Shannon) over whether the nation's fledgling electrical grid would run on direct current (Edison) or alternating current (Westinghouse.) Also on the scene was Nikola Tesla (Nicholas Hoult), who at different times was allied with both men.

A version of the film premiered, to middling reviews, at the Toronto Film Festival in the fall of 2017 and was set for domestic release later that fall by The Weinstein Company. That company's implosion sent The Current War into limbo, where it stayed until a fledgling distributor called 101 Studios bought it a few months ago.

Based on a Black List-listed script by journalist-turned-playwright-turned-screenwriter Michael Mitnick, The Current War was directed by Alfonso Gomez-Rejon. He previously directed one of the worst films of the decade, 2015's loathsome tearjerker Me, Earl and the Dying Girl, but this is a significant improvement. Buoyed by one of the year's best scores, by Volker Bertelmann & Dustin O'Halloran, The Current War rampages through a couple of decades of history in the late-19th century, as Edison, already famous from having invented the lightbulb, does battle with Westinghouse. They're both seeking the approval, and the money, of J.P. Morgan (Matthew MacFayden, who plays Tom on Succession). Meanwhile, Tom Holland—Spider-man—plays Edison's assistant, sporting incongruous mutton chops.

The film also focuses on Edison's insistence that his inventions never be used to create weapons, and how that idea is undercut when he secretly agrees to advise the creator of the first electric chair. On the periphery is Tesla, the underdog immigrant whose genius would be appreciated a century later by electric car entrepreneurs and 1980s metal bands alike. The inventor's boss, in one of the script's few wrong notes, delivers the line "Nothing will ever be named Tesla again!"

It's not always the best idea for historical dramas to speed through events, but in The Current War, it's the right move. The film looks amazing, as the director and cinematographer Chung-hoon Chung make fine use of light and electricity in a movie that's about the very invention of those concepts. There’s plenty in the film to appeal both to those heavily into 19th century-American industrial history, and those who know nothing of it going in.

I can't speak to the original cut that debuted two years ago, but the one arriving in theaters this week is described as "The Director's Cut," and at around 90 minutes appears to be about 10 minutes shorter than the '17 version. All indications are that this is for the better, was the film is a breezy, highly entertaining tour through about 15 years of history. This makes The Current War the answer to the trivia question of what was the final film in which a director fought Harvey Weinstein over final cut.