The Laundromat has its moments but is largely uneven and unsatisfying. C 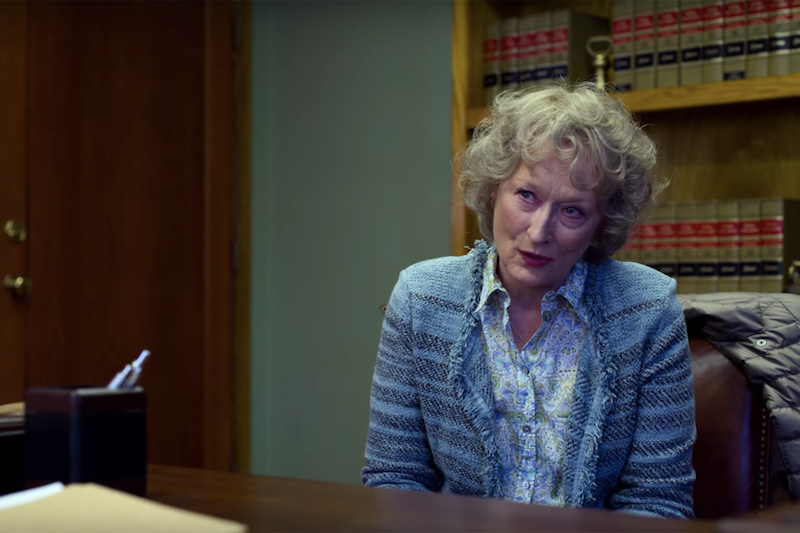 The Laundromat is getting a drubbing: Steven Soderbergh’s latest film is a blatant riff on Adam McKay’s The Big Short and Vice: recent events dramatized with fourth-wall breaking interludes and “explainer” segments. This confused me in The Big Short, I don’t think I can do long division anymore, but The Laundromat is light on graphs and percentages, probably to its disadvantage. Soderbergh’s film is ostensibly about the Panama Papers, a leak that exposed shell companies and junk bond traders. Breaking in April 2016, it got lost under everything else that was happening that year. Antonio Banderas and Gary Oldman play the two lawyers who got the three months in jail slap-on-the-wrist sentence, Ramón Fonseca and Jürgen Mossack, respectively.

Meryl Streep stars as Ellen Martin, a nice old lady with a nice old husband with just enough money to take a two-week vacation in Niagra Falls. After an interminable beginning with Oldman and Banderas braying Economics 101 into the camera (Oldman’s German accent is over-the-top and annoying), Streep’s storyline brings the movie down to earth. The Martins get in a tour boat that capsizes, and Ellen’s husband drowns (his lifeless body shown in one devastating shot, floating under the gaudy awning). She takes it upon herself to find the people responsible, flying from Las Vegas to Nevis to Miami. The story wants Streep to fit the guru role Christian Bale played in The Big Short, an almost divine prognosticator that knew something was fucked up before anyone else.

Streep is the center here, but she can’t hold it—The Laundromat skips from story to story (from Mexico to Nevis to Panama to Miami), leaving segments orphaned in the middle, with Streep’s understated performance given less than an hour of the movie. Maybe she was only available for a TV movie, maybe Soderbergh was so besotted by the structure of The Big Short that he made his own RC Cola to McKay’s Coke. Why bother? Probably as a filmmaking exercise. Soderbergh’s Unsane, shot entirely on iPhones and released last year, was a much more interesting and successful experiment in digital filmmaking. The Laundromat is a specific experiment: is The Big Short a genre? Let’s find out.

I admire Soderbergh’s work ethic, but this has some of the sloppiest and wobbly tracking shots I’ve seen in a major movie. Is he in such a rush that he can’t throw a warp stabilizer on there? Well, he needs to work fast. I love that. He isn’t “one for them, one for me,” or yes the small film, no to the big film, it’s just “yes” all the time. He’s not a celluloid purist, embracing all forms of digital cinematography, from iPhones to Arri Alexas, in order to crank out work as fast as possible. And while most of the segments here are amusing and well-cast, Soderbergh is left rudderless by a half-baked and dysfunctional script. The Panama Papers is a great story, one you could spin from dozens of angles. For whatever reason, one of our most prolific and curious filmmakers has delivered a naked imitation of a much more successful movie.