From 1942 to 1946, the young producer helmed nine horror films for RKO, including Cat People. 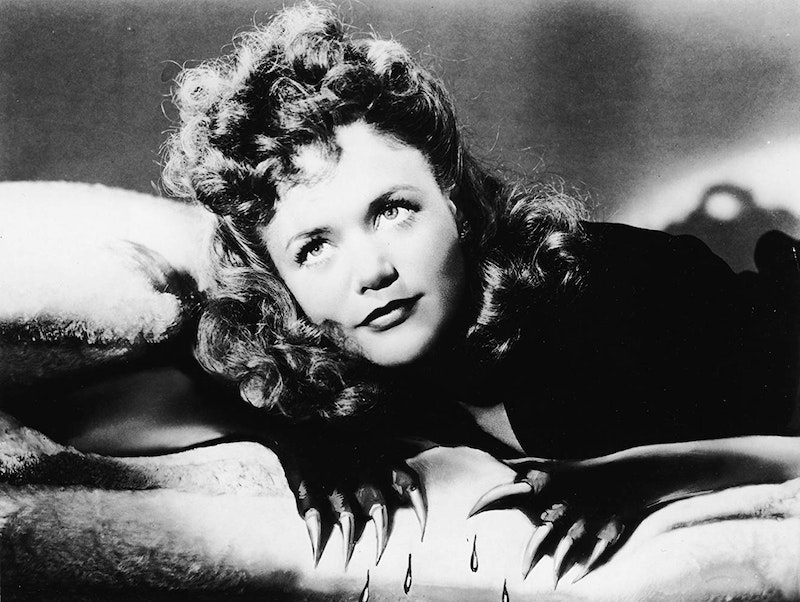 Late October brings the Universal monsters out to play: werewolves and mummies and bolt-necked Frankenstein’s Monsters and vampires in formal wear. They’re well-understood images of horror. Less easy to grasp are the terrors devised at one of the rival studios that put out responses to Universal’s films back in the 1940s. But what Val Lewton did at RKO Pictures is maybe more remarkable.

In 1942 RKO hired the former assistant to studio chief David O. Selznick to be the head of a new unit dedicated to low-budget horror films designed to compete with the Universal films at a fraction of their budget. Author, journalist, and movie producer, Lewton had the job of making movies to fit titles the studio chose, each to be under 75 minutes long and costing $125,000 per film—around $2 million in 2019 money. He succeeded brilliantly, imbuing what were supposed to be B pictures with craft, conscience, and art.

Lewton made nine horror films for RKO from 1942 to 1946, as well as historical war film Mademoiselle Fifi and social drama Youth Runs Wild, both in 1944. He was credited as only the producer, but his mark was all over his movies. He selected subjects, worked out stories, wrote the final drafts of the scripts (twice taking a writing credit under a pseudonym), and in those scripts specified things like camera angles usually left to directors’ discretion. He closely supervised set design, costumes, editing, and everything else. Lewton’s the rare producer who counts as an auteur.

The horrors of his films are strange and subtle. 1942's Cat People is the story of a woman who’s afraid sexual desire is turning her into a great cat. I Walked with a Zombie presents a surprisingly sympathetic view of voodoo wrapped up in a gothic set in a West Indian island. The Leopard Man is an oddly-structured tale of one of the first serial killers in American film. The Seventh Victim is an even weirder, almost incoherent, story about a missing woman who turns out to be involved with a satanic secret society. The Ghost Ship is a Hitchcockian study of conflict at sea between a ship’s captain and a third mate.

Those four films all came out in 1943, an incredible burst of creativity. In 1944 came Curse of the Cat People, a quasi-sequel to Lewton’s first picture and less a traditional horror film than a dark fairy tale seen through a child’s eyes. Then in 1945 Boris Karloff left Universal, joined RKO, and made three historical horror films with Lewton. The Body Snatcher is based on a short story by Robert Louis Stevenson, itself based on the exploits of notorious murderers and grave robbers William Burke and William Hare. Isle of the Dead follows a small group of characters during the Balkan Wars of 1912 struggling with a plague and the possibility of a vampire. Finally, Bedlam, released in 1946, is set in the 18th century, with witty period-appropriate dialogue telling a story of a villainous head of the notorious insane asylum. Studio upheavals led to Lewton’s ouster after that; he died of a heart attack in 1951.

His horror films remain triumphs, made despite incredible constraints of time and budget. Lewton designed his stories around standing sets, using and re-using the staircase built for Orson Welles’ The Magnificent Ambersons because it was there. He developed an approach to horror based on atmosphere, on the use of shadows and sound cues. The films avoided obvious monsters (and costly make-up effects) in place of uncanny psychological horror. Pacing was meticulous, building inexorably with a tension that would have been unsustainable in longer films.

The result’s often been called poetic, but that understates the real sense of terror in these movies. Lewton developed horror devices that still work: in particular, the “Lewton bus” takes its name from an incident in Cat People, when an intense atmosphere of fear is undercut by a fake jump-scare. Many of the films have a scene of a terrifying walk, in which a sympathetic character must go alone into a dark place hiding something that they know they have reason to fear.

Lewton’s stories draw in the viewer by undercutting the rational world. These movies use horror to say what cannot be said otherwise, for which the mid-1940s didn’t have a vocabulary. Clarity and rationality are swallowed by the dream world of the unconscious. Childhood imagination shapes Curse of the Cat People as much as ancient gods shape Isle of the Dead: old primal forces in the psyche. Everyday items take on weird resonances in these movies. Keys and locks and cages recur, images of repression, like the cages that bind the ferocity of the big cats of Cat People and The Leopard Man.

Women are often the leads of these films, and in particular Cat People symbolically talks about a woman’s sexual desire in a way that would be impossible otherwise in Hollywood of the 1940s. I Walked With a Zombie depicts black people with a humanity surprising in a mainstream American film of the era, suggesting Voodoo’s a valid religious tradition and depicting colonial paternalism as the real cause of terror. Bedlam, a horror story about a lunatic asylum, sympathizes with the inmates, not just presenting the administrator as cruel but showing the society that gives him power to be absurd; it’s worth noting that the lead character gets locked up in the asylum because she ate a banknote as a joke, an act her society could only understand as madness.

I don’t mean to praise these movies for what can be read as politically progressive for the era. My point is that Lewton had a profound sense of empathy with human beings, and created disturbing and terrifying movies precisely because he had an understanding of the world and of humanity. Lewton makes us empathize with a range of characters, and plays on that empathy to create powerful scenes of fear.

Great directors have celebrated Lewton’s work, and Cat People was a box office success, but his movies never had the popularity of the Universal horror films. You can see why: there aren’t any monsters. But Lewton’s films still work in a way the Universal films can’t, not after decades of having their characters mocked and reinterpreted and turned into family-friendly entertainment. Lewton’s horror does not lend itself to Halloween costumes. Because of this, it remains horror; it can’t be both laughed at and understood.