Nicholas Winding Refn's Drive is the best movie of the year by an astonishing margin. 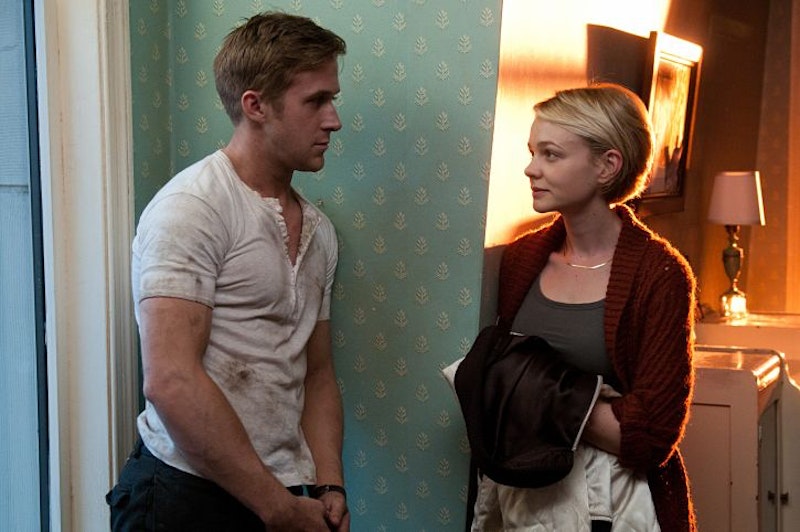 Nicolas Winding Refn’s Drive is, by an enormous margin, the best new film I’ve seen this year. Pending another viewing or two, it probably takes over for 2009’s Moon as my favorite movie of the last half-decade. The cast, particularly Ryan Gosling, Bryan Cranston, Ron Perlman, Oscar Isaac, and Albert Brooks, is fantastic, and the stylized aesthetic—a neon marriage of cars, electronic music, and mob regalia—somehow makes up for the L.A. ruined by Bret Easton Ellis.

Ellis is one of the many archetypes that seem to hang over Drive, but he’s also the one who is most prominently rebuffed. As is usually true for the most stylized films and music and books, Drive’s influences are easy to spot; or at least, it was easy, sitting hypnotized in the theater by myself, to think of the handful of other movies that had ever had the effect on me that Drive was having, and then parse them by what they had in common.

We tend to impose the things we love on other things we love, but I’m willing to make the argument that Drive’s closest spiritual predecessor is David Lynch’s complicated paean to Los Angeles, Lost Highway, which shares with Refn’s film

Lost Highway is maybe Lynch’s forgotten masterpiece, a movie so abrupt and so alien that it’s like an organ transplant: your body either lets it become a part of you or rejects it entirely. I won’t waste time conjecturing about who might or might not like Drive, but I will say that it’s unlike Lost Highway in that it is entirely logical and cohesive. Also, it has the Driver.

The Driver is Gosling’s character, the protagonist. We know essentially nothing about him: his mechanism for interacting with the outside world is to explain that he “drives for the movies.” This idea has a romantic, antiquated beauty to it—he just works “for the movies,” like some studio hand in the Golden Age of Hollywood. It is innocent.

What sets the Driver apart (other than his lack of an actual name; throughout Drive, he’s either “the Driver” or “the Kid”} from the average protagonist in what is, at its most basic, a film noir—hero becomes mixed up in crime, hero must save the girl—is his innocence. The Driver has a childlike beauty that shines among the gore and crass synths, and it’s affecting to watch this man who looks like a man but seems like a boy. Much of it can be attributed to Gosling’s performance. Not an artist of great range, Gosling is nevertheless a crucial modern actor because of his ability to tease out one aspect of a character and then use that trait to revamp the character, as though he’s wiring a gutted house with electricity. In Half Nelson, he used the pipe; in Lars and the Real Girl, he used the doll. This isn’t to say he’s a prop actor. Instead, his characters are universally obsessives, like many real people, and their obsessions define them.

In Drive, it’s a little more involved, because the film places such a high priority on objects. It’s the car, of course, the ball of the shift in the Driver’s hand and the knobs on the radio and the rearview mirror; and it’s the white satin jacket with the scorpion on back, the metaphor of which is neither subtle nor all that important. But throughout Drive, different things take on an importance beyond their form: the bullet, Bernie’s knife, the money. Objects are only important insofar as what they represent.

And then there’s the kid. Kaden Leos’ Benicio is adorable and feisty, a likeable child to the core—without him, the Driver wouldn’t take the liking to Carey Mulligan’s Irene like he does. He craves the package. But what makes this all come together is Refn’s directing which, on multiple occasions, shows Benicio and the Driver in profile, sitting on the couch, watching cartoons, looking identical.

What Gosling pulls off in Drive is rare for a leading man in Hollywood. He’s beautiful. The Driver has the sort of nonsexual, idyllic, uncompromised beauty that you lose when you make a character relatable to an audience; and since Hollywood usually doesn’t give a shit about making women relatable, that’s where you normally see this sort of delicate beauty. The Driver is in no way relatable, but that doesn’t matter, that actually makes it better; he’s like the Kid in Blood Meridian, a reaction to his surroundings and a fistful of ideals made flesh.

The script, by Oscar-nominated screenwriter Hossein Amini, helps this whole process along very sensibly—by being brief. Unfortunately today, most professional screenwriters are terrible. Due to the demands of Hollywood, they’re able to stitch together a compelling plot—which, mind you, isn’t easy—but are almost unanimously miserable writers of dialogue. Amini, on the other hand, seems to realize that, unless you’re one of these rare exceptions, the key is to keep the back-and-forth at a minimum, and his minimalist take gives Drive a somber, honest feel that fits the narrative perfectly. The most compelling lines are delivered by the excellent Bryan Cranston and Albert Brooks; Gosling, meanwhile, speaks so little that, whenever he does, it feels monumental. Amini operates by the paragon of journalism that says you need to use your quotes sparingly and make them count. And Gosling’s tenuous delivery, which is so uncertain the words seem liable to disappear, oscillates between registers like a dizzy bird; in one memorable instance, his voice even cracks.

Much like the film, I’ve been putting off talking about the violence. Drive is one of the goriest films I’ve ever seen. Movies that are violent usually hide or sexualize the violence with quick cuts, minimal viscera, but Refn takes every instance of violence and makes it an example, does violence against the violence. You shouldn’t protect yourself from the movie’s killing, even if you want to, because there’s nothing glorious about it. The gratuitous nature of the film is a tough message in and of itself, and not the kind of idiot delusion inherent to something like 24 or The Dark Knight, where the violence is “for the greater good.” On the other hand, every act of harm in Drive makes the situation worse, until we’ve been severed from everything that matters. It makes you never want to hurt another human being, emotionally or physically, ever again.

Drive builds slowly and climaxes slowly, steady and irresistible as the pull of a riptide. It’s both a throwback to the era of deliberate films and a sign of where the movies can go in the future, and it is, at its heart, a love story, but one that doesn’t smear everything with its love like most do. It also marks a huge step forward for Refn from the manic, unwatchable Bronson, and it means that whatever film of his comes next should be treated as a major event. If it’s anything like Drive, we might have a new master.