The author follows up on All City, a documentary in which Nigel Hall attempts to play 60 pianos strewn about New York City in a week's time. 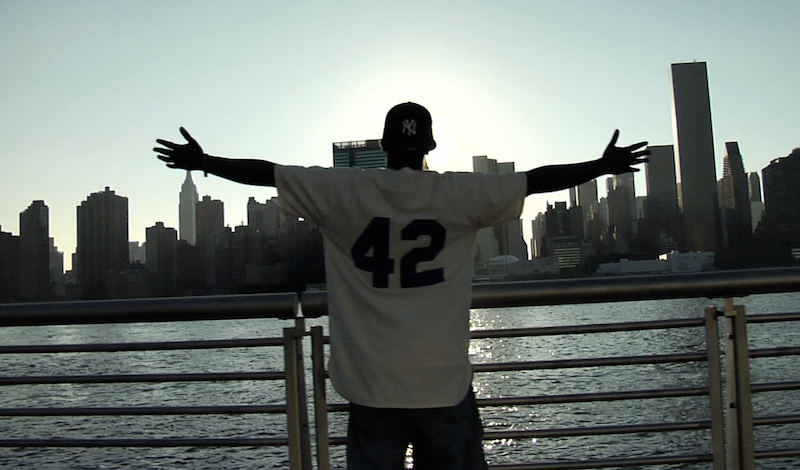 It’s been almost a year since I put together a preview/interview with Trevor Martin and the minds behind All City, a documentary about a one-man barnstorm through some 60 public pianos located throughout New York City.

I was excited by the project; as an amateur musician, a dedicated third-party observer of New York, and a lover of weird, organic art forms, this seemed like the perfect thing to write about and follow.

Life got in the way, and the complimentary DVD of the documentary disappeared under a stack of hospital bills, underemployment-induced stress, and a truly wracking apartment change. But there it was, stuffed in between an obscure documentary about Russian photography (from the Splice Today Archives of Random Things That Come Into the Office—review pending) and a drawer full of life ephemera. Plug in and go, I told myself, and here we are, almost a year after its completion.

“All City—Nigel Hall and the NYC Street Pianos” is an ongoing project helmed by Guagua Productions, a three-man Baltimore-based video production team. The project builds on a global installation by Luke Jerram called “Play Me, I’m Yours.” Jerram set up some 167 upright pianos in eight cities around the world—60 of them in New York alone, and musician Nigel Hall is determined to play all of them in a week’s time.

The documentary is short—less than half an hour’s length—and was birthed by Kickstarter, the engine of all projects fun and weird.

“Man, King Kong ain’t got shit on me,” Hall proclaims at the start. The beginning feels a little muddled; there isn’t any sort of fanfare. He just has to sit down and start playing. Little kids surround the first piano he visits, though: patience is needed. Improvisation is difficult, and Hall appears hesitant, though after he’s done with the second piano he finds a comfort zone. Two down, 58 to go.

The film comfortably switches between interactions with fellow pedestrians and park loungers and solid live-performance camerawork. The style, overall, is refreshingly unadorned—no need to linger on dramatic, low angle shots of fingers on the ivories. Here is this man, doing this thing. It’s a straight-ahead visual narrative, undistracted by easy NY iconography, which makes the few set shots that much more emphatic. In particular, a shot of Hall in Brooklyn, his back to the Manhattan skyline with a setting sun burning just above the highest stories, feels perfect.

By the 10th set of keys he’s got a crowd and the right timbre (extremely and consistently good audio quality is an unsung hero in documentary filmmaking). A quiet little feeling of impromptu joy settles in. He’s later joined by someone attempting to play some tambourine, another with a guitar.

Many of the pianos are out of tune and/or defaced to one degree or another, a subtle reminder that these pianos exist in a physical space: strangers, less-than-good intentions, the warp and woof of weather and wood. It’s city life; this is what happens. The small moments of immediacy are mixed well with the obvious and perpetual spontaneity of street jamming, which hits a high water mark when we see a woman letting slip a mournful tune while sitting next to Hall on the piano bench.

After sharing a piano with a young child with excellent classical chops, Hall tells us, “I just got showed up by an eight-year-old with a mullet,” and he appears genuinely happy. At this point, Hall is earnestly enjoying these interactions on a basic level. There’s a modest, coincidental crowd at the final piano, and it so happens that this last session is replete with an acoustic guitar player and a more-than-good trumpeter. The three just lay on a solid groove through the end of the film—a fitting end to a simple, powerfully built documentary about a guy playing some pianos, meeting some people, and coming out the other end with nothing more than an experience to call his own and the rest of his career to figure out.