Arrival plays mad magic on the audience’s perception of time. 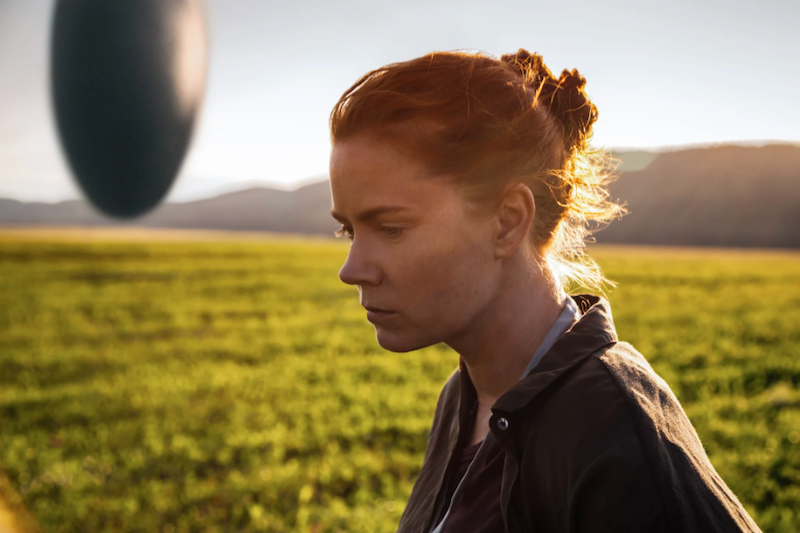 Arrival was the first movie I saw after Donald Trump was elected President, a coincidental but appropriate choice given the unprecedented and possibly apocalyptic premise. People across the world minding their own business when one day a dozen alien “heptapods” appear dispersed around the globe. Director Denis Villeneuve has taken a considerable step up from last year’s Sicario, a meaningless bore of a movie that looked pretty but had no thrust. I couldn’t figure out what Villeneuve was trying to do or say with Sicario, a straightforward Mexican drug cartel procedural with a murky, confused ending that we’ve seen a thousand times since Chinatown: life ain’t fair, justice does not always prevail. Newsflash? Salvageable only for its brutal opening scene with a house full of vacuum-sealed corpses stuffed in the walls, Sicario was mired in the mundane and familiar territory of police procedurals, indistinguishable from an episode of Law & Order or CSI.

Arrival is much more potent and ripe for analysis, even if its logic doesn’t withstand careful scrutiny. I don’t pick up on plot holes and contradictions and impossibilities when I’m watching a movie, and I never have the urge to pick something apart even if it comes completely unthreaded. (I remember getting into a minor tiff with my mom after we saw The Butterfly Effect in 2004, and she pointed out that Ashton Kutcher’s character couldn’t have burned those journals because they weren’t accessible to him in that particular timeline, and I didn’t want any of it. It didn’t have to make sense: whenever people play with time, I’m in. I don’t care if they fuck up the thread.) Besides being beautifully shot and remarkably restrained for an alien invasion movie (riots eventually break out, but no monuments or cities are destroyed), Arrival’s gauzy atmosphere and intimacy with lead Amy Adams make it much more emotional than anything else with extraterrestrial pods.

What’s most affecting about Arrival is how Villeneuve plays with time by placing the chronological ending of the movie at the beginning, only to slowly reveal the non-linear, irregular elliptical logic that the film is operating on. “Story of Your Life,” the short story by Ted Chiang that the movie’s based on, is structured differently and discloses its nonlinear time logic early on. Literary devices like this are often very hard if not impossible to translate into a cinematic language, although here the reverse is true: a story must be read linearly, but in a film, you can play with the audience’s perception of reality and seriously disorient them by showing these irregularities and distortions in real time. As Arrival slides into its third act, people and places move and morph as if in a dream, and before you get into the knotty implications of this sort of foresight and visionary experience, the whole thing collapses under close inspection. I couldn’t care less. Arrival is massively effective as a film because it uses the medium to lure and misdirect the viewer, only to crack open their perception like the shell of a crab.