Netflix Commands You to Turn Off Your Brain 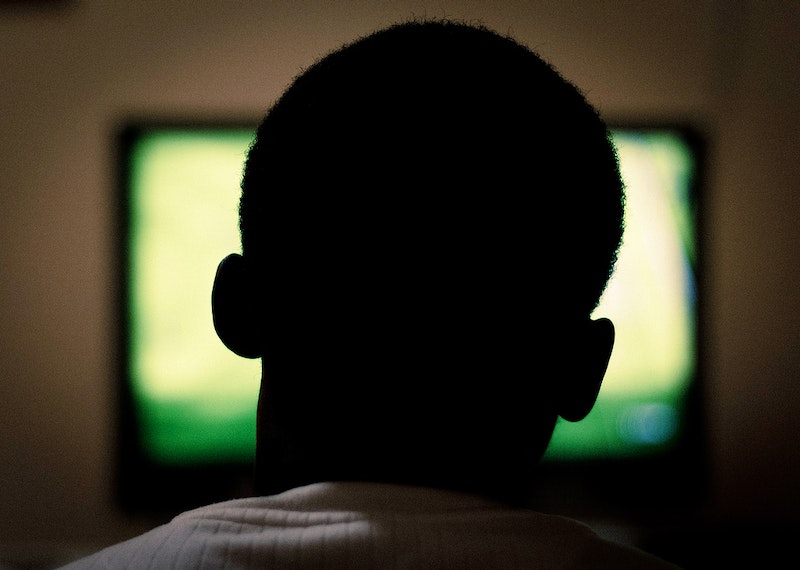 Binge-watching a TV show is the emotional equivalent of eating an entire cake in one sitting: you love it at first—synapses going postal with dopamine, erasing any workday lingering stress, momentarily wiping your brain of responsibilities and commitments—but diminishing returns set in quickly, and by the halfway mark, the only feeling stronger than self-hatred is an ominous sense of inevitability saying, you will finish this. When it's over, you stand up from the sofa, face shiny with a patina of grease—metaphorical or otherwise—and shuffle around the house in a fugue, disgusted with your gluttony, eventually settling in bed with your laptop to scroll through Facebook alone in the dark, looking at pictures of your more attractive, marathon-running friends. As my brother, Nicky Smith, wrote last year: "Binge-watching is a drug-like experience, something compulsive that leaves you sleepless and empty inside."

And yet people still freely admit to binge-watching, if not with a sense of pride than at least with a vague inculpability, as if they submit to a higher power every night before booting up Netflix. When will binge-watching be classified as a psychological disorder? When will psychologists get involved? When will The Today Show run a segment called “Ten Warning Signs Your Teen Has Fallen Into a Hulu-Hole”? Soon.

But for now, television is the new novel.

I balked after hearing this sentiment for the first time in 2014. It initially enflamed my university-instilled snobbery—I pictured myself in the center of a dank loft, addressing a circle of faux-boho comparative lit majors, adjusting my beret and puffing on a Camel: "David Foster Wallace didn't hang himself so we could discuss Ross and Rachel in seminar"—but the analogy continued to bug me even after shaking off my critical theorist pretensions upon graduating.

Television is not the new novel; it's a completely different narrative medium. Breaking Bad might have more intellectual meat than Cheers, but that doesn't mean it's healthy to watch Bryan Cranston for five hours without peeing, especially when you spend the bulk of that time catatonic, barely engaging with the show at all. It's significant that people often refer to watching TV as an opportunity to "turn off their brains."

That's not to say there's anything wrong with mindless entertainment—too many liberal arts programs have produced pop culture critics that consider themselves a Harold Bloom figure to Pendleton Ward's Hart Crane—but it's dangerous to conflate leisure with study, and in doing so normalize a physically and mentally unhealthy behavior.

Again, this isn't Revenge of the Bookworms: you get lethargic and bleary-eyed after long bouts of reading, too. Binging media isn't a new concept: Wordsworth wrote about the atrophic magnetism of books in "The Tables Turned"; Keats probably felt gross after traveling all night in the realms of gold.

Binge. Even the word has negative connotations. Television has joined the company of junk food, hard drugs, and alcohol. Netflix no longer asks, "Would you like to continue watching?" when you finish an episode. They already know the answer. You're addicted.