The Visit Is a Failed Commentary on the Film Industry

Responding to a negative review of M. Night Shyamalan’s latest. 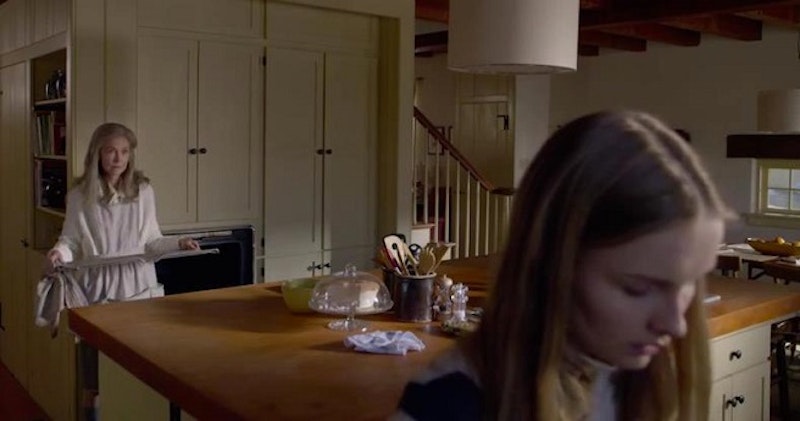 In his review of The Visit, my brother Nicky inquires into the whereabouts of M. Night Shyamalan’s faculties. Something must be wrong—the twist-addicted director has churned out dud upon dud after establishing himself as one of Hollywood’s most promising auteurs, a critical darling adept at crafting intellectually substantive blockbusters. The question is perplexing: how could the director of The Sixth Sense make such garbage? Nicky points to Unbreakable as a masterpiece, but fails to realize, with that film—Shyamalan’s second major directorial effort—diminishing returns had already set in. Unwittingly (I presume, assuming that Shyamalan is not some elaborate, long-term high art project evidencing the ephemera of talent—total possibility), with Unbreakable, Shyamalan established a pattern: each movie is progressively worse than its predecessor, starting with The Sixth Sense, a triumph of popular cinema, and, culminating, ultimately, with its logical extreme, the horrid After Earth, a movie so bad that, as punishment, Will Smith had to take a year off from acting; he spent the whole of 2014 eating sorbet in the fetal position, mumbling to himself, “palette cleanser, palette cleanser.”

Shyamalan found himself in a difficult position, then, in 2014. You can’t possibly get worse than Jaden Smith. Teary-eyed, Shyamalan knew that his “degradation cycle” was over. No more bad movies; that would only complicate his legacy. If he wanted to keep the Hollywood cheddar following, he’d have to revitalize, rejuvenate, and reconsider his directorial approach. This necessary artistic shift birthed The Visit.

Nicky thinks The Visit is a bad movie, but that’s not true: it’s a failed movie. He—and Shyamalan himself, I hypothesize—doesn’t understand the project of The Visit, the statement it wants to make, the broader goals its trying to accomplish besides conveying an entertaining narrative. The Visit doesn’t want to scare you and it doesn’t want to make you laugh—it wants to subvert your expectations and leave you confused, angry, or disgusted with yourself.

Nicky points out the film’s main conceit—that the footage is all culled from the daughter’s personal camera—is inherently flawed, as “the quality is high end, no home video.” While this might initially smack as sloppy filmmaking, the deliberateness of this choice quickly becomes apparent when we hear the daughter talk: her articulation is better than a literature professor, speaking in a language clearly elevated from standard early-teen vernacular. These are the first two gestures that tell the viewer Shyamalan is making a statement about the film industry: he raises the most groan-worthy elements of contemporary filmmaking to the surface, explicitly showing us what is wrong with Hollywood. The Visit’s flaws—the expository moments of direct characterization, the pregnant pauses alerting us to nothing, the absurdity of the phony grandparents’ mercurial mental constitutions—are its greatest strengths.

The Visit begins to fall apart—or, in this case, cohere—directly after “the big reveal,” which opens the final third of the film. Narrative conventions rule once the grandparents are unmasked as imposters, and, to my disappointment, Shyamalan ditches the cinematic critique and presents us with an obvious climax, falling action, and resolution. The kids fight their captures, win, get rescued by their mother, and live happily ever after, coming to terms with the absence of their father, symbolized by the daughter’s newfound ability to look in the mirror. Boo!

Shyamalan could’ve taken the film in two successful directions: the grandparents aren’t mental facility escapees, and the kids return to their mother with an abstract sense of guilt over the blatant ageism they displayed all week, unable to articulate this emotion for years, long after an apology feels relevant; or, the grandparents could murder the kids, either painlessly or through unspeakable torture.

Shyamalan caved. The Visit could have been one of the greatest metafilms of all time. What a waste.