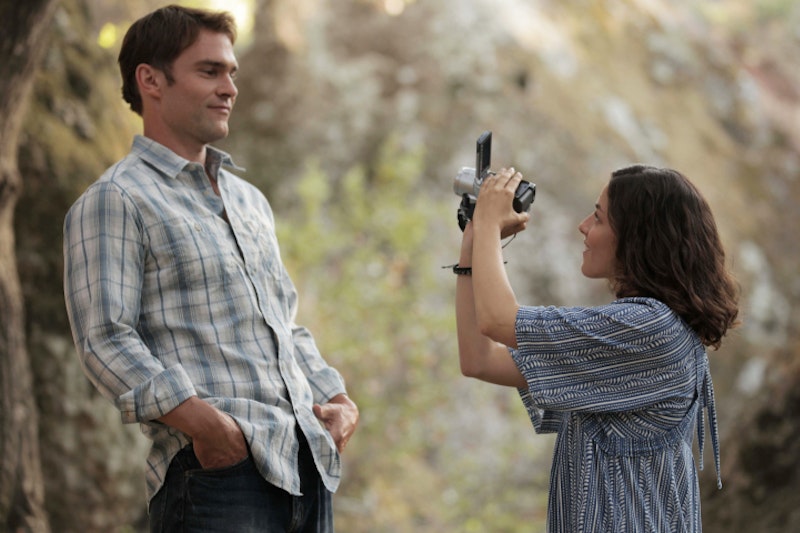 Ted Morgan (Seann Williams Scott) is fed up with life; it’s time to check out. Ted’s plan is to ditch his pet-store managerial job, fly back to the small town where he grew up, and accomplish the following prior to shuffling off this mortal coil: 1) beat up the dude who used to bully him in high school, 2) visit the girl who was sweet to him in high school, and 3) confront the seventh-grade teacher who delighted in humiliating him. Because it’s a movie and not a meme—and an off-color dramedy—Just Before I Go spends two hours idly tossing needle-y, quirky monkey wrenches into Ted’s plans. Ted’s sister-in-law is a so-called sleep masturbator, his older nephew is a self-hating gay, the teacher’s granddaughter is weirdly obsessed with our hero, the sweet girl is desperately married, and on and on: it’s a lingering, tonally-flawed portrait of dying backwater America where everyone is somehow more self-aware and philosophical than they’d ever actually be.

It’s an awful movie with a single truly serious plot strand buried under all the dreck, the sort of flick so profane and insipid that it can only have any meaningful effect on 14-year-olds. A Loch Ness Monster stand-in, inexplicably, is integral to the plot; Ted actually meets this monster and the movie plays this moment straight. So ultimately, Just Before I Go only becomes interesting in the context of Scott’s sputtering cinematic career.

Scott’s CV consists almost entirely of comedies, action comedies, and dramedies that have required him to play variations on loser, asshole, and/or fratboy archetypes. The crown jewel? “Steve Stifler” from the American Pie series. Outside of those movies, his most recent triumph was a small, underrated part in Cop Out, where Scott portrayed an unkillable petty criminal. Just Before I Go is the first Scott movie I’ve seen where his character is the straight man; he’s not allowed to be funny, probably because he’s “empty” and fixedly suicidal. The miracle is that Scott is effective in this lane, if not magnetically or compellingly so; you buy him as a 41-year-old vessel barely able to grasp how fucking complex every situation is and that other people care about him. When his face is this under-animated and his emotions are in check, you notice that Scott projects a warmth and is actually handsome; tears fall from his eyes, his face registers emotion, the adaptability of his body language becomes fully apparent. He’s not an asshole, he’s an actor—and from that perspective it’s easy to understand why he’d be drawn towards a role like this one even in an abysmal movie that almost no one will ever watch. It’s a start.