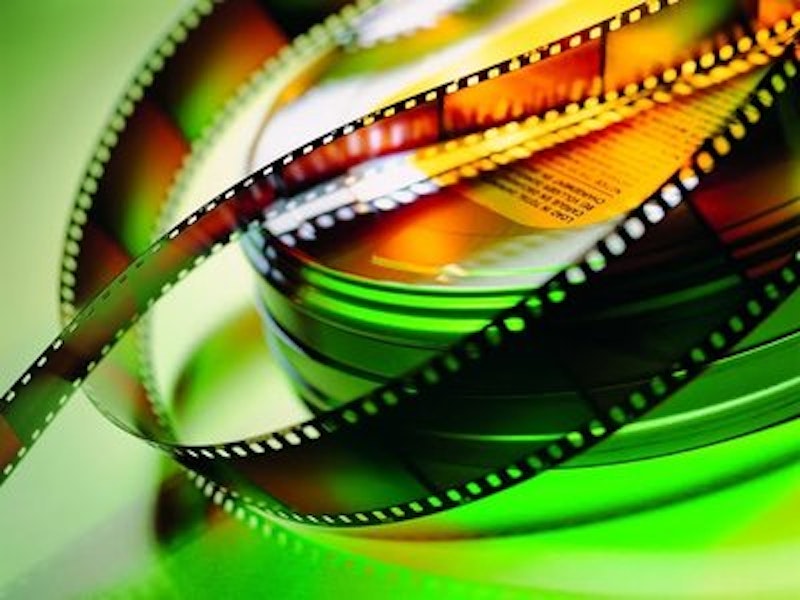 A Facebook friend who lives in York, PA posted an item about the Manhattan Shorts festival some weeks back, which sparked my interest. I invited another friend, who, with his wife met me at the Strand Theater on Saturday to pay $10 apiece to watch and vote for the best of 10 finalist films from around the globe. Here I’ve ranked and reviewed them.

Two young girls loiter in an upstairs hallway in the middle of the night, offering baffled play-by-play about what’s happening on the other side of their parents’ bedroom door. Save for a plot twist at the very end, that’s the entire plot of Dad’s In Mum. The audience I watched this with didn’t quite know how to respond, and neither did I. Are Americans squeamish and puritanical about sexual activity? Sure, yes, most of us are. Is using children as mouthpieces for the ridiculousness of adult behavior that they’re too young to really understand a morally suspect undertaking? Yes, it is. Absolutely nothing to see here, either conceptually or cinematically.

The opening of El Camino Solo reminds me a little bit of the “Strongest” segment from Wild Tales—car-commercial dross, no-cell signal isolation—but then this short is swiftly revealed as a limpid, obvious parable of cross-cultural brotherhood that shouldn’t have made it anywhere near the final round of any film contest. Did I mention that Manhattan Short received almost 700 entries for its 2015 competition?

“We’re so boring,” moans a woman to her boyfriend, who’s trying unsuccessfully to fall asleep. A small argument ensues, and then resolves as a cooperative mission to realize each partner’s dreams and fantasies in alternating fashion. At its best, Forever Over ensures that Schmitt should have a promising future as a department store chain advertising director; at its worst, Forever serves as a reminder that a) being boring isn’t necessarily a sin, and b) if you and the love of your life have the opportunity to take part in a threesome, the sanest possible rejoinder might be “no fucking way.”

A young aunt in a floppy hat leafs through a book of poetry while two young nieces play on the beach. Then the trio returns to a house and drench each other with a hose. Up to this point, the idyll level has been sickeningly elevated, as though Sundown were a tryout for a tampon or pharmaceutical spot. Then everything goes ghastly; the girls remain outside, and the aunt wanders inside to find her mother. But the mother is dead, of natural causes, and the short transforms into a stunned portrait of immediate grief, harried, pragmatism, and an acceptance so unconscious that it arguably elevates the film.

An animated tale featuring a sad, beautifully rendered bear who’s silent but whose “mechanical-figure cinema” tells his tale of woe: he was press-ganged into a circus and separated from his family, but eventually escaped and reunited with his family. It’s a “short within a short,” in other words, and the bummer is that audience knows that he didn’t really get his family back; the happy ending’s a fiction that helps him make a living. Inventive and convincing, the visual imagery is so strong that it could (and should) power a full movie.

An airline receptionist breaks protocol so that a woman and her infant can fly to England for a funeral. Michalik expertly conveys motion, anxiety, and frustration, milking the twin, nerve-wracking terrors of air travel and motherhood for all they’re worth, and more. By the end of Grounded, I was almost as exhausted and rattled as the actresses whose bravura performances put this one over the top.

The briefest of the shorts at a breezy three minutes in length, Patch is all technique and clever illusion. A man hand-paints a series of tiles: black, white, gray-white, gray-black. These tiles are hung on a white wall in a large mosaic.  The short escalates from one rapidly flickering shot of this wall to the next, to the next, to the next, with each mosaic slightly different than the one before it. At the point where I leaned over to my friend to remark, “Wow, they must have spent a ton of time arranging and rearranging these tiles,” it became clear that effects had slipped into play. A white dog runs on the tiles, and then the dog is replaced by a man, who is trampled by a line of elephants. A locomotive takes shape and chugs by the frame at an angle; the silhouettes of women in Victorian dress cavort at the far edge of the frame. Then the tiles subdivide themselves by four, and the image threatens to sharpen, and the movie ends abruptly.

Listen opened the festival, and for a while it was my top pick. The directors lead with a Rashomon tease, where we ingest a few lines of dialogue from the perspective of four different characters, then set this approach aside to concentrate on the story. An Islamic woman has come to a police station with her son, seeking help; her husband is becoming increasingly violent, claiming he will kill both mother and son. An interpreter is also present, translating back and forth between the woman and two out-of-their-depth police officers; the son is out in the hallway, listening to loud generic techno music through earbuds. A very tense scene is being played here; the victim wants immediate assistance, the husband can’t know she’s here, and the interpreter has her own agenda, skewering communication between the victim and increasingly bellicose authorities. The son, meanwhile, is less laconic than we’re presupposed to believe, and once Listen concludes, the ending you don’t see is somehow more troubling than anything that takes place on-screen.

During the 1990s, I was a high school, and then a college student. Because I didn’t have a personal connection, any wars being waged were mere wallpaper. The Rwandan genocide turned up on Channel One, but I couldn’t relate and didn’t read up on it; I was trying catch Pulp Fiction for the third time or get into college. In college, the Kosovo War merited significantly less fevered discussion than whatever Bill Clinton and Monica Lewinsky did, or did not, do. Ignoreland, as R.E.M. might have described it, was the place to be. Shok personalizes the Kosovo War through the eyes of two boys. One boy has a new bicycle; the other boy does favors for militant rebels in exchange for money. Teaming up to execute the favors threatens their friendship, and eventually the lives of everyone in their neighborhood. I’m being deliberately vague to the point of stinginess about where Shok—a very shocking, very human tale of life under siege within living memory—ultimately leads here, because whoever you are, you need to see it to understand what “ethnic cleansing” really, truly means.

Anyone older than 35 will admit, in a moment of reflection, that it sometimes seems that the world has left us behind—it’s no longer our party, so to speak. Reality is a meteor we’re stranded upon, and that meteor is being forcibly eroded by forces that no one really understands. We’re not behind the wheel; we’re in the backseat of a speeding vehicle with faulty breaks. The elderly man and the elderly woman who star in Bis Gleich might be in the trunk of this metaphorical vehicle.

They live in apartments on opposite sides of the street, each opening a window at the break of day to wave, watch life pass by, and roll their eyes in acknowledgement of the droll diorama below: the father transporting his small son on a bicycle, the passing packs of irreverent fashionistas, the professional wife glued to her cell phone and her henpecked, brow-furrowed husband, the lazy construction workers. Wolff stages and films these comings and goings like a miniature Groundhog Day, teasing out minor variations in habit while establishing his protagonists’ routines and calling our attention to minor details unimportant to the plot but key to the setting: graffiti stains the walls, gentrification is nigh. The intricacy of the world-building is intense enough that when the elderly man’s absences mount and the elderly woman ventures across the street to look in on him, her presence disrupts the routines of many of the short’s secondary players. The denouement of Bis Gleich is mildly dry and saccharine, but by then the film has earned enough goodwill from the audience to justify its minor-key heroism.

—The 2015 Manhattan Short screenings continue into very early October. Locally, they will play on Thursday, October 1 at Paragon Kentlands in Gaithersburg, MD. A handful of screenings will take place over the next several days in southern Pennsylvania and in parts of Virginia, as well. Find out more here.