Taming of the Shrew is Philadelphia Story with the gloves off. 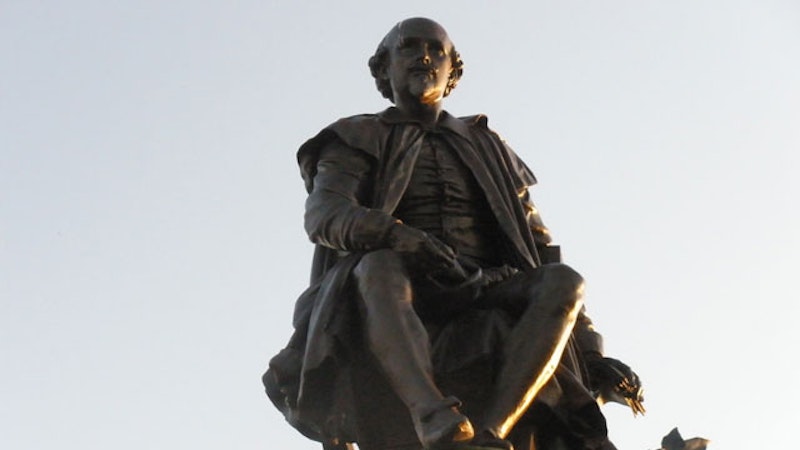 This is part of a series on screwball comedies. The previous essay on Thor: Ragnarok is here.

PETRUCHIO: Come, come, you wasp; i' faith, you are too angry.

KATHERINA: If I be waspish, best beware my sting.

PETRUCHIO: My remedy is then to pluck it out.

KATHERINA: Ay, if the fool could find it where it lies.

PETRUCHIO: Who knows not where a wasp does wear his sting? In his tail.

KATHERINA: In his tongue.

KATHERINA: Yours, if you talk of tales; and so farewell.

PETRUCHIO: What, with my tongue in your tail? Nay, come again, Good Kate; I am a gentleman.

That dialogue is from Shakespeare's Taming of the Shrew, of course. My family saw a production last weekend at Chicago's Shakespeare Theater. It had been many years since I'd watched or read it, but still, the back and forth, with the final oral sex double entendre as the sting, seemed very familiar. The witty one-upmanship, the power struggle as flirtation; it felt like a familiar genre convention.

It was only after I was out of the theater that it struck me where I'd seen such saucy banter recently. Shakespeare's script could just about have been written in the 1940s for Cary Grant and Katherine Hepburn, or Clark Gable and Claudette Colbert. Taming of the Shrew is a screwball comedy, complete with banter, a rich spoiled woman (that would be Kate), and a gendered power struggle.

Of course, there are some differences between Shakespeare and classic screwball comedies. Shakespeare's play is set in Renaissance Italy, not Depression-era America. Shakespeare's play is more naked and explicit in its misogyny. The wealthy female leads in Philadelphia Story and It Happened One Night are mocked and ultimately put in their place—but that's done mostly through verbal dressing down and low-key humiliation.

In The Taming of the Shrew, on the other hand, Petruchio seeks Katherina’s hand specifically to get her fortune; there's no pretense that he's motivated by love or altruism or any emotion more complicated than avarice. Katherina has a reputation for being a difficult woman; she has a sharp tongue, and occasionally physically assaults her suitors. Petruchio is unfazed though. He gets her father's permission to marry her despite Katherina’s protests. When she dares to contradict him and continue to express her own opinions, he out and out tortures her. The play frames it as a joke, but the plain fact is Petruchio starves Katherina and keeps her from sleeping for days. Sleep deprivation in particular is a fiendish form of torment; it can drive people insane.

Katherina’s final acquiescence has chilling parallels with 1984. Winston Smith was tortured until he agreed that two plus two equals five; Katherina is tortured until she agrees that the sun is the moon. "And be it moon, or sun, or what you please:/An if you please to call it a rush-candle,/Henceforth I vow it shall be so for me." It's a laugh line, because it's so ridiculous, and in the Chicago Shakespeare Theater version Alexandra Henrikson hammed it up, genuflecting to the sun when Petruchio finally admitted that it wasn't the moon at all. But the tomfoolery can't quite hide the fact that Katherina acquiesces to Petruchio because he has absolute power to hurt and abuse her.

The production was aware of the regressive implications. Director Barbara Gaines cast all women for the parts, and set the play in 1911 in the US, just before the passage of women's suffrage. Taming of the Shrew is set as a play within a play; it's acted by a woman's club, the members of which talk about their hope for the vote, and their dissatisfaction with Shakespeare's script, in frame scenes written by Ron West. West is no Shakespeare, obviously, and the additions don't have the original script's brilliance. But they do allow the company to distance itself from the uncomfortably vicious message that the best way for a husband to ensure domestic harmony is via physical abuse and torture of his spouse.

You could attribute Shrew's viciousness to the fact that it was written a few hundred years ago. Shakespeare was less enlightened than we are; people in his time perhaps thought it was okay to starve your wife if she dared to maintain that the moon was the moon and not the sun.

The problem with this interpretation is that The Taming of the Shrew disturbed audiences even at the time. John Fletcher wrote a response, The Woman's Prize, or the Tamer Tamed, which directly contradicted Shakespeare and urged men not to "reign as Tyrants o'er their wives." For that matter, Shakespeare in Romeo and Juliet, written around the same time as Shrew, showed Juliet's father as a tyrant and a bully, even though he was substantially less violent than Petruchio. There's reason to think that audiences even in Shakespeare's day were supposed to recoil at the gender dynamics of Taming of the Show. Part of the humor of the play for Shakespeare's audiences was that then, as now, Petruchio was an uncomfortable figure, whose treatment of Katherina violated and flouted social norms.

In any case, for audiences today, as the Chicago production acknowledges, the play is hard to watch without major reservations. The women-taming screwball comedies are less off-putting, because they are less naked about their violence, and use the language of love to cloak their misogyny.

That's exactly what makes Shrew relevant, and worth performing and struggling with. Taming of the Shrew hates woman, but at least it doesn't pretend otherwise. In woman-taming screwball comedies, putting women in their place is fun and frothy and makes the woman happy. Their sexism is elegant and unthreatening. In Taming of the Shrew, in contrast, oppressing people actually feels oppressive. Petruchio wears his sadism openly. In the age of Trump and Weinstein, Taming of the Shrew says, outright, that men hate women who think for themselves, and will hurt them if they can.