Todd Haynes’ new film is a safe side effort in an otherwise challenging body of work. B 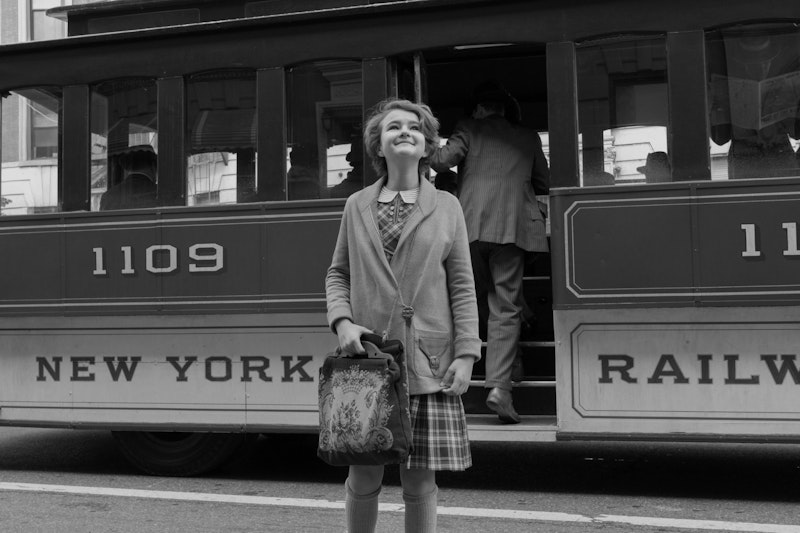 Todd Haynes needs to pick up the pace. From 2002 to 2015, he made three films: Far From Heaven, I’m Not There, and Carol, all released five years apart. They’re remarkably different and bold in their own way: Far From Heaven is openly slobbering and praying at the altar of Douglas Sirk and Rainer Werner Fassbinder, who made his own Sirk tribute in 1974 with Ali: Fear Eats the Soul. I’m Not There was a widely-publicized Bob Dylan biopic starring seven different actors and actresses playing different versions of Dylan and the characters he’s inhabited throughout his career (most memorably, Cate Blanchett as the rail-thin, chain-smoking, strung out on smack and speed Dylan of the mid-1960s, and Richard Gere as a train-hopping hobo reminiscent of Dylan’s current “riverboat gambler” persona). Carol, one of my favorite films of the 21st century so far, was a straightforward adaptation of an obscure pulp novel called The Price of Salt, about a young woman who falls in love with an older, married woman going through a bitter divorce in uptight 1950s Manhattan.

But now, only two years after career highlight Carol, Haynes has returned with Wonderstruck, another stylistic first for the director: a kid’s movie. I knew that Wonderstruck couldn’t possibly approach the sustained high of Carol, or the invigorating and exciting inconsistency of I’m Not There. Wonderstruck is a fine film with a rather pleasant script by Brian Selznick, who wrote the equally sentimental and jejune Hugo. It’s the first time Haynes has made a movie starring kids, and besides the impressionistic, time-hopping beginning, he plays it safe.

Oakes Fegley plays Ben, an orphan in 1977 who just lost his mother and gets on a Greyhound from Minnesota to Manhattan to find the father he never knew. At the same time, we see a parallel story play out in 1927, following Rose (Millicent Simmonds), a young deaf girl neglected by her mother Lillian Mayhew (Julianne Moore), a star in silent movies and on Broadway. Ben and Rose go through similar journeys in their parallel Manhattans: getting swindled, lost, desperately searching for parental love and the source from which they came.

Wonderstruck is sappy, maudlin, and predictable in a way that another recent movie about kids, The Florida Project, isn’t at all—but that’s okay. Haynes has always made genre pictures, and though it’s not as emotionally potent as Carol or deliriously overstuffed as I’m Not There, it isn’t a mercenary job: I started to laugh toward the end when Haynes broke out the Barbie dolls and toy models for a montage showing how Rose grew up to be Ben’s grandmother, and how they all lost touch.

It was similar to the extremely well-executed tearjerker montage at the end of the otherwise boring La La Land, but more subtle, less at stake: Haynes isn’t gunning for gold here. I think it’s important to take stock and appreciate the lesser work of great directors because it gives you insight into their perennial obsessions, quirks, and tricks, and Wonderstruck is obviously a Todd Haynes film—this isn’t some anonymous Hugo cash-in. Everything from the David Bowie cues to the Brakhage-esque opening to the toys acting out 50 years of history at the end is recognizable as the work of an auteur and an artist with a particular set of obsessions. In that sense, I welcome Wonderstruck, even if it’s not one of the five or six movies I’d pick to demonstrate Haynes’ greatness as a director. To paraphrase Fassbinder, it’s just another room in the house that’s his body of work.