The Rise of Skywalker Will Thrill No One 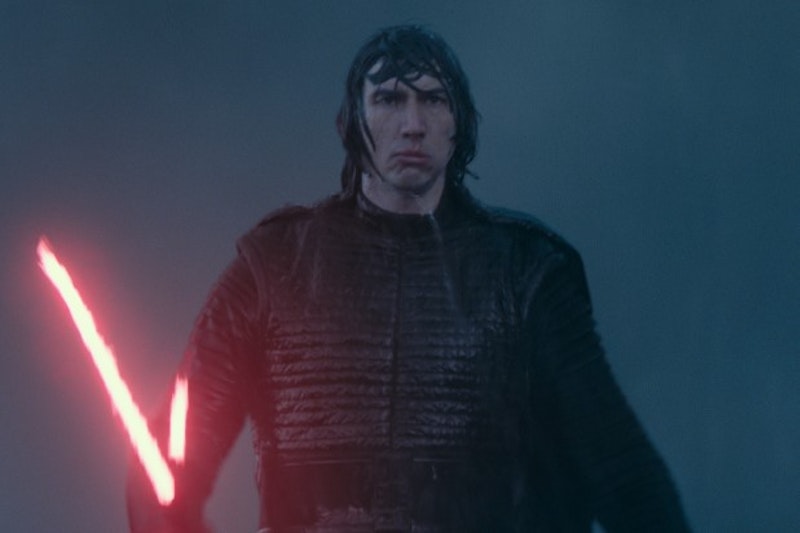 The Star Wars sequel trilogy, which began when Disney acquired Lucasfilm in 2012, limps to the finish line with the new Star Wars: The Rise of Skywalker, an extravaganza of fan service, exposition, and leaden, McGuffin-based plotting. There are some nice moments, but overall, it’s by far the weakest film of the three sequels.

The film wraps up the stories of young Jedi adventurer Rey (Daisy Ridley), cocky pilot Poe (Oscar Isaac), ex-storm trooper Finn (John Boyega), and wannabe Darth Vader Kylo Ren (Adam Driver), along with supporting characters old and new. These resolutions are rather satisfying. It's just the getting there that's the problem.

The Rise of Skywalker is directed by J.J. Abrams, who returns after making the first film in the trilogy, 2015's The Force Awakens, which was thrilling but largely stuck to the formula of the original 1977 Star Wars. In the interim came 2017's The Last Jedi, directed by Rian Johnson, which took risks, upended assumptions, and was therefore hated by large swaths of the hardcore Star Wars fandom.

I'm firmly on Team Johnson. I thought The Last Jedi was the best Star Wars film since the original trilogy, a beautifully rendered, expertly plotted effort that both brought new ideas into the franchise and provided an outstanding showcase for its long-absent original hero, Luke Skywalker. But I'm not a of J.J. Abrams hater, and mostly enjoyed The Force Awakens, so I was willing to give the director a chance.

With The Rise of Skywalker, Abrams walks back numerous key aspects of The Last Jedi. A certain shocking revelation in that film is retconned out of existence through laughable plot machinations. The character of Rose (Kelly Marie Tran), introduced in Last Jedi, is sidelined and given almost nothing to do, while both the "anyone can be a Jedi" ethos and all of that stuff with Benicio Del Toro talking about war profiteering in the Star Wars galaxy goes out the window too.

And even worse than that, the film is missing The Last Jedi's visual inventiveness. There's nothing anywhere close to the sequence in the middle of Johnson's film with the throne room, leading into Laura Dern piloting the ship. The Last Jedi also had at least a dozen memorable shots, while Rise of Skywalker has fewer than that.

But it's not just those changes that hurt The Rise of Skywalker. The first half of the plot is just an endless series of McGuffins upon McGuffins, as the characters keep having to go to one planet in order to get something that unlocks something else on another planet, a la Infinity Stones. It's also meant to be a mystery which character is a "spy," although guessing the spy's identity is pretty easy.

There's one mistake that's worse than anything else. The film kicks off, in the trademark opening crawl, by letting us know that a certain long-dead character has inexplicably returned and is now the main antagonist. And we're told this character has been pulling the strings all along. It's just terrible storytelling as, much like in the most recent James Bond film, this retconning renders moot years of plotting across multiple movies.

For that reason, Rise of Skywalker falls into that unfortunate tendency, also present in the Avengers universe and all over movies and TV these days, that the stakes have stopped mattering because death has become meaningless. Why should we care about the prospect of a character dying, when we know they already came back from the dead once and could do it again? Plus, the bad guy's supposedly long-in-the-works master plan changes about five times throughout the film.

Carrie Fisher returns as Leia, despite having passed away nearly three years ago. The performance is assembled from past footage, Trail of The Pink Panther-style, although this aspect is fairly well-done, considering the challenges the directors had in giving her character a resolution (Fisher died after The Last Jedi completed shooting but a year before its release.)

There are some enjoyable moments, especially the resolution of the Rey/Kylo Ren relationship, and a long list of fun cameos, surprises and Easter eggs. It's still, above all else, a Star Wars movie, and has space battles, lightsaber fights, and moments of surprising emotional connection, that one goes to Star Wars movies to take in. And for all its deficiencies, it's still better than all three prequels.

But ultimately, The Rise of Skywalker suffers from comparison to The Last Jedi, which showed what a Star Wars movie could be, in the hands of a great director willing to take a huge swing.