Cats is exceedingly weird and nothing short of a huge failure. D 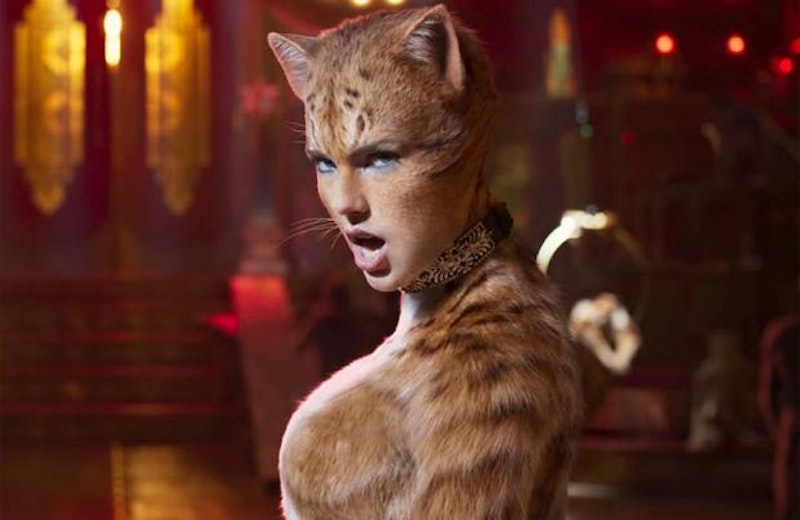 Hollywood movies don't get much more ill-conceived than Cats, the new adaptation of the long-running Andrew Lloyd Webber musical directed by Tom Hooper. A nifty production design and a handful of excellent moments aren't enough to make up for a project that fails to connect, both visually and thematically. There are a couple of good reasons why a musical as popular as Cats, which debuted on Broadway in 1982 and ran until 2000, took almost four decades to make it to the big screen.

The show, based on a suite of T.S. Eliot poems, is nearly entirely plotless, without many trappings of traditional storytelling, and it juggles a huge roster of characters without giving them much development. It's very hard to show humans dressed as cats on screen for two hours without it looking ridiculous. The film doesn't come especially close to solving either of those problems.

The practically non-existent plot has Old Deuteronomy (Judi Dench) planning to make "the Jellicle Choice," of which member of the tribe of cats will get to come back for their next life. The criteria for the choice is essentially a long talent show, in which the different cat characters take turns performing solo musical numbers.

The biggest weakness of the Cats movie is that the characters look laughable. At worst, they resemble unsightly, horrifying cat/human hybrids, while some of the performers look more human-like, or at least they would if their tails didn't keep popping up behind them. Other characters' appearances are more dependent on traditional costumes than CGI, but Dench is for some reason made up like the cowardly lion from The Wizard of Oz.

The English street sets are gorgeous, so it's a very handsome production, as long as you can look behind the actual cats, as opposed to directly at them. Hooper's closeup-happy direction makes that difficult.

The film, which is sung through, consists almost entirely of the different cat performers taking turns doing solos. Some of them, like Ian McKellen and even Taylor Swift, are good, with Swift giving her best acting performance to date as Bombalurina and singing an outstanding original song called "Beautiful Ghosts." Swift's version plays over the closing credits, while newcomer Kara Hayward plays the main character Victoria and sings it in the film itself. Less impressive is Rebel Wilson, who on more than one occasion uses her tail as a makeshift microphone.

Jennifer Hudson has been the best part of more than one movie musical, but her belting out of the show's signature song "Memory" doesn't have the same power as her show-stopping number in Dreamgirls. Other normally appealing actors look ridiculous, with the normally unassailable Idris Elba especially poorly rendered as the bad guy. Overall, the lyrics are both a bunch of gobbledygook, and extremely difficult to follow if you don't know the show well.

Hooper, the director, is not a popular figure among critics. His 2010 The King's Speech is nobody's favorite Best Picture, and there's also a lot of hate for his 2012 adaptation of another long-running Broadway musical, Les Misérables. I admire both of those films, as well as of his 2009 movie about English soccer, The Damned United. But I won't defend his The Danish Girl, or Cats, which is one of those unfilmable projects that was unfilmable for a reason.

Cats is a movie that's just exceedingly weird. I imagine some people are going to get stoned and watch it, and I can also see it, down the line, getting ironic appreciation as a camp classic or midnight movie. But on its own terms, it’s a huge failure.