We already knew there were no saints in the golden days of Baltimore’s backwater white trash side of town. 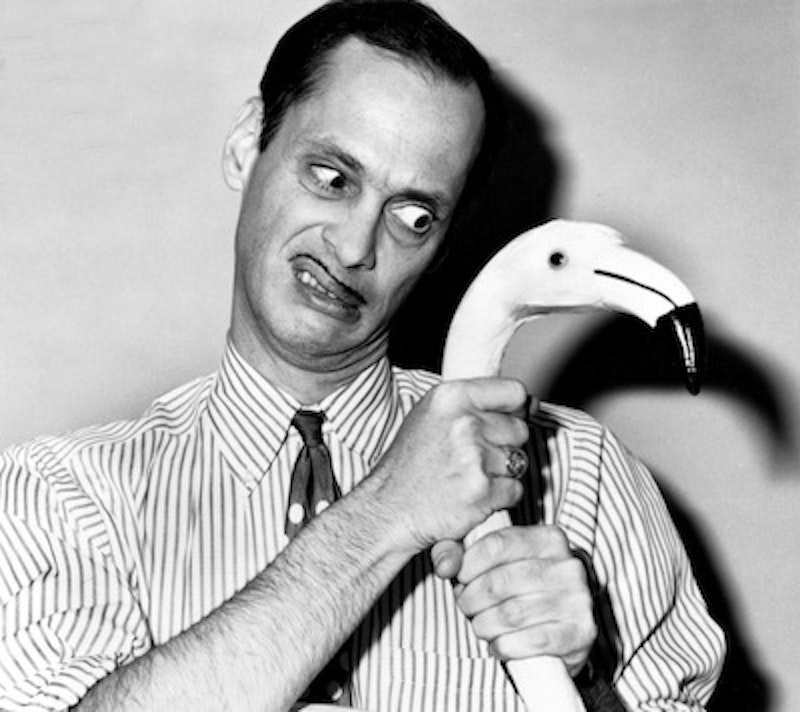 I‘m a diehard Baltimorean at heart. Growing up in a place that was a town without a city had its advantages. Although it’s difficult to think of any single advantage now, except for the stigma of living in a place that harbored an inferiority complex. It was never like New York or Los Angeles: so many creative people from Baltimore couldn’t wait to go someplace else. John Waters stayed in Baltimore and made history although the Baltimore we knew and loved is long gone. Like everything that once was, only memories survive.

No city of angels or effete intellectuals, my Tinytown was a safe little harbor of working-class Americans who took pride in being off the radar to anything remotely resembling the arts or culture. It was a low-brow town of heavy drinkers and broken dreamers. Like any port on the East Coast in those times, catering to the steel industry and the war machine that spawned it.

Waters’ movies are a tragicomic commentary on our town that’s in essence, the big picture of our way of life in America. Not only pointing fingers but exposing prejudice, bigotry and questioning the powers that be with a Waters sense of humor and values. Waters made movies that were shocking yet intriguing. You might be mortified but you can’t look away in disgust at the horror unfolding before your bugged-out eyes.

I’m also reminded of the Andy Hardy movies of the late-1930s and 40s starring Mickey Rooney and Judy Garland. One scene in particular where the gang is hanging out in corn-fed white bread country someplace swilling soda pop and one of them says, “Let’s put on a show!” And another kid says, “Hey, my uncle has a barn and some costumes we can borrow!” Playing by ear mentality worked so well for Waters and his rag tag team of “Dreamlander” misfits. Outside of polite society in a realm of waterfront dive bars, sailors, prostitutes and seedy hotels.

Robert Maier’s book touches on a lot of the early Waters moviemaking days and delves deeper into the film industry of New Line Cinema, the fake glitz of Hollywood and also the mundane but lucrative business of making educational, instruction and commercial advertising too. I wanted to read Maier's Low Budget Hell in one sitting but life kept interrupting and I looked forward to picking up where I left off every time I returned to this book. Maier worked in the no-rules world of the underground counterculture. A make-it-up-as-you-go-along moviemakers’ nightmare of little reward. Namely the sub-genre of movies made by Waters that gave rise to the early-70s art films beginning with Mondo Trasho and the midnight matinee flick Pink Flamingos. Films like David Lynch’s Eraserhead and Blue Velvet are good examples that give a nod to what Waters started.

All of Waters’ work was produced in Baltimore. Maier was an intricate cog in that wheel of outlaw filmmakers that put the city on the map of artsy eccentricity. A wild gang of genuine real life characters that made this town a place to be for artists, musicians and weirdos. Knowing Waters as I did decades ago and all the stuff that went along with fame and infamy, I can say this book gives an accurate account of what it was like in those glory days of kamikaze moviemaking with no money, no permits and no respect. They pulled off a number of memorable movies that eventually sealed the deal in the big time phony Hollywood that Waters willingly got sucked into. To me it was the beginning of the end.

Maier's book doesn't disappoint if you want to know how things really happened behind the scenes in the bad old days of Baltimore where Desperate Living and Female Trouble were not only movies but also a lifestyle choice. It's all there in its inglorious no-budget hell. Part of the early history of cheap tacky movies we love so much to watch over again and again.