Ah, just another brain in a vat conundrum... 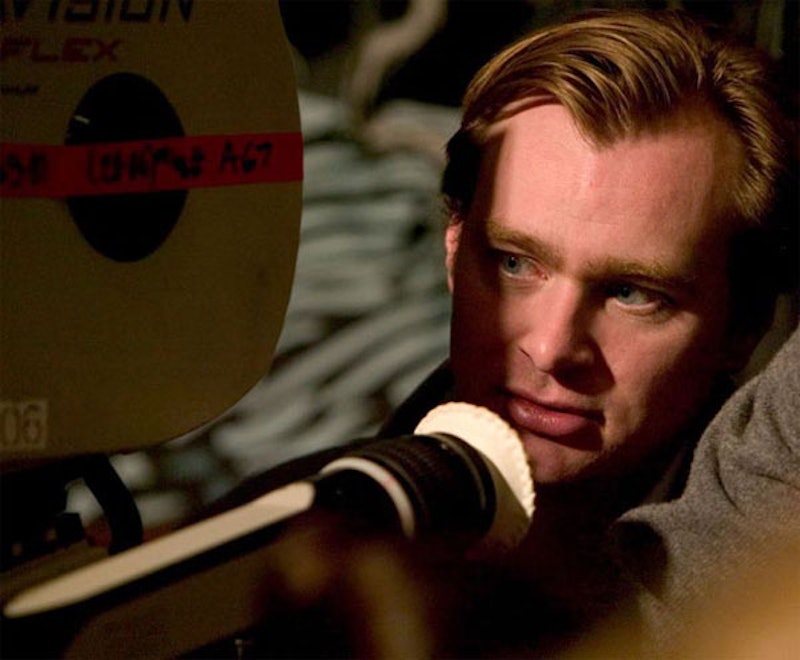 Inception is a deeply flawed film that tries to confuse you into thinking it’s really profound. If you took The Cell, A.I., Waking Life and The Matrix and put them in a blender, it would look something like this, Christopher Nolan’s seventh film. However, for a summer blockbuster starring our era’s matinee idol, Leonardo DiCaprio, it’s ambitious and reaches for lofty ideals of subjectivity, individuality, freedom and neuroscience and for this we can thank him. In the process of trying to do this heavy thinking, though, he pulled a cinematic hernia.

It’s too bad that his continuity editor wasn’t well versed in metaphysics, epistemology and philosophies of causality because, if he was, this film would be much more rewarding. It’s the kind of movie that you walk out of really impressed with and then grow and more disappointed the more you think about it. It’s definitely a kitchen-sink film and not in a good way. Watching Inception is like coming home from a long day of work to find that none of your roommates have done their share of the tasks on the chore wheel, leaving you to do all of them yourself.

I don’t really have problems with genre films, especially the ones that Nolan is fond of directing (The Dark Night and The Prestige are both what I’m going to refer to as Philosophy Fantasy) but this film, which tries to bend and subvert the rules of a genre and in so doing, fails horribly.

Philosophical Fantasy: noun; a genre of film that privileges the exploration of philosophical concepts within an imagined world, i.e. a world of the author’s invention. Fantasy has had a philosophical bent to it for as long as it has been in existence; C.S. Lewis, J.R.R. Tolkien, Milton, Ray Bradbury, Isaac Asimov and L. Ron Hubbard are the best-known fantasy writers with philosophical trajectories. Philosophical Fantasy differs from traditional fantasy in the same way (think of it on a spectrum) that something like the historical movement of literature that is often assigned to a certain ethnic or national groups changes over time; the difference between Jewish-American fiction say, and the point when it became American-Jewish fiction. Or the point where a restaurant is no longer Italian-American but more like American cuisine with an Italian bent. Philosophical Fantasy is a new genre characterized by a tipping of the scales; to films like Inception and The Prestige the exploration of a philosophical concept is primary and the fantasy world is secondary, as opposed to the authors mentioned above, whose primary concern was a construction of a fantasy world were philosophical concerns came later, often heavily masked. Films that I would characterize as Philosophical Fantasy include, but are not limited to: Solaris (the Russian version), Gattaca, Cube, The Matrix, Donnie Darko, The Cell, The Prestige, The Dark Night, Terry Gilliam’s Brazil, Existenz, Strange Days and Eternal Sunshine of the Spotless Mind.

The brilliance of all good fantasy rests on the author’s ability to create a world that has its own logic and then whose story conforms to that logic. This is called a genre convention. In short, characters must live in a world that makes sense unto itself. I doubt if Inception makes sense to Christopher Nolan, much less his audience. No doubt, Nolan made it so complicated and convoluted to try to get critics bogged down in trying to explain the plot and who the characters are and when everything is happening and on what plane of existence that we’ll get so fed up that we won’t even to go after some of the finer points. Inception, in this way, is little like those papers you handed in during college that were so complicated and theoretical that you hoped they would confound your professor into giving you an A.

Suspension of disbelief is fine, but I have a problem with being suspended by it multiple times in one sitting and getting yanked around like a puppet by a director who earned a great deal of respect from me for his exploration of ethics and morality in The Dark Night.

The plot of Inception is predicated on this device that makes it so that you can enter other people’s minds when they’re asleep (a little like the technology in The Cell) and wreak havoc in their mind. The device looks something like what it would look like if The Sharper Image made hookahs, a bunch of tubes protrude from a device in a metal briefcase with what looks like an over-sized Blackberry track ball in the center.

Okay, so here’s my first question: if the machine is able to transport you into other’s dreams and subconsciousness, which are apparently really difficult to access (even in the real world), then why don’t they just use it to access people’s waking, frontal lobe, instead of having to go through layers and layers of dreams?

In one scene, a character is defending the group of antagonists against an onslaught of “projections” with guns. His efforts aren’t working. Magically, a grenade launcher appears in the hands of another character who is able to disperse the villains. If the observer is able to think a grenade launcher into that one scene then why is it the case that he doesn’t do that in every other scene where it would be of use? Such questions arise out of the tropes of bad action films and I would have expected more from Nolan than to make the gun-that-never-runs-out-of-ammunition mistake. If someone is able to bitch-slap the dreamer, then why can’t they also tear down buildings and build walls and cause floods at will? If only one person is dreaming, then why is it that everyone in the dream can feel pain? If the idea is to get inside a persons head to plant an idea there, then why is it that they have to pipe themselves into that person’s head instead of piping his head into theirs? Isn’t it the case that they are, all of them, dreaming? If The Sharper Image dream-traveling hookah device can be used inside a dream, is it real or imaginary? If it’s real, whose construction is it in the dream, and if it’s unreal, then why do they need to use it in the dream world at all?

These are just a few of the questions that will drive the observant moviegoer mad if he starts to ask them. The fact is, dreams have little or no logic and so Inception makes sense unto itself because nothing makes sense. The way we understand dreams now has advanced little since Rene Descartes first advanced his theory of the cogitatio in 1637 when his Discourse on Method was first published.

What has advanced since then, and what Nolan seems to understand, is an idea that can mostly be attributed to Derrida but in essence goes all the way back to Hegel and German Idealism. Basically, their solution to the Descartes problem (how do we know that an evil genius isn’t creating the world around us to deceive us?) is to recognize the truth of the lie; if our existence is a sham and a deceit, it is nevertheless a deception that really exists. Like the traitorous villain in The Matrix who declares, “What do I care? The steak still tastes like steak.” If you look through an opaque piece of glass and say that it distorts the thing on the other side, what you fail to recognize is the truth of the distortion. This is the weak ending of the film, where Leo is finally transported back to reality and we’re left wondering if it is indeed reality, or if his life is a lie and a sham. In either case, it doesn’t matter, because he’s stopped asking.

Nolan needs an ontology editor, somebody to regulate the criterion of identities that run wild in this film. In their dreams, characters in Inception are surrounded by parts of their subconscious, manifested as other people but all they are little pieces of the dreamer himself. Realizing that he is only a thought is the lesson that Leonardo DiCaprio’s character learns in the end and is so compelled to enter the world, despite its truth or its fiction.