Is Hulu Winning the Video Wars? 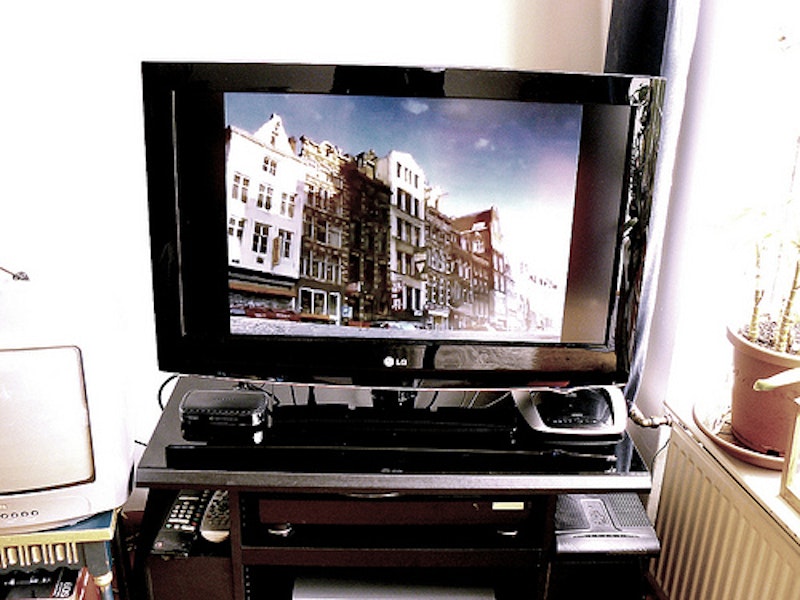 Let's flash back—something I love to do—to 2007. Hulu was about to launch in private beta. The media world was talking about Viacom's YouTube lawsuit and NBC's decision to pull the rug out from under the video site. Media analysts satirized online video as a crowded circus of low-quality clips randomly assembled on Google's then-new trophy property.

Those same analysts knew News Corp. and NBC were plotting a "YouTube killer" soon known as Hulu. We saw headlines such as this: "Hulu, Launched by Fox and NBC, Will Challenge YouTube But Probably Won't Topple the Video Giant" and "Mostly Positive Reviews, Still A lot Of Skeptics."

It's telling how hard it is to remember web video before Hulu. It truly was a challenge to get episodes of television shows. Low-quality streaming—still available, laboriously, through the likes of Sidereel and SurftheChannel—was nascent and people still downloaded their shows onto their hard drives.

In this fractured environment, Hulu seemed an unsure bet. Farhad Manjoo, in his glowing early review of the site, captured the sentiment at the time: "Hulu, the video-streaming site that NBC and News Corp. long ago said they would build as a rival to YouTube, has always been a joke. People—even me—make fun of its name, they make fun of its goal (Old media firms are going to take on Google? Sure they are), they make fun of its ambitions (They plan to release a YouTube-killer by the end of October? What are they smoking?!)."

Manjoo went on to call the site "very impressive," and he wasn't wrong. While still small in comparison to YouTube, Hulu's traffic has risen steadily. Many were skeptical networks beyond NBC and Fox would sign on, but ABC is now part of the Hulu team.

Recent news suggests Hulu may be on its way to beating YouTube in the ad game. ComScore estimates Hulu is serving ads in the hundreds of millions and getting pretty good CPMs for them as well, thanks in part to its ad selector model.

While Hulu's revenue might only equal one-fifth of YouTube's this year—$200 million-ish versus $1 billion-ish—it's not hard to imagine the video site quickly surpassing the online video behemoth.

Why? In part because Hulu is a controlled space, with plenty of long-form high quality video, and, crucially, a steady increase in the number of advertisements users are getting used to. Remember the days of two or three 15-second ads on Hulu? I can, barely. Now, many videos start with two 30-second ads.

That number may increase in a few months as Nielsen potentially implements a rating system to join online and on-air viewing. In order to do that, Hulu and the like would have to implement the same number of commercials online as on television. Viewers knew it was coming, and it may now be here. Most say the effect will be minimal at first, but does anyone doubt Hulu and its media owners will eventually win out in this schema?

Beyond free online viewing, Hulu's other big move, Hulu Plus, an attempt to do what seems to be the trend: getting users to pay for content (so far, mostly the province of newspapers, but it's coming for everyone, folks). Hulu Plus is getting mixed to positive reviews, with some critics advising against it only because its offerings are as yet incomplete and it still includes advertising. Hulu Plus gets Hulu on TV screens and mobile phones with ease and high quality, helping the service play on a field YouTube has had for a while now.

But services like Hulu Plus always start out incomplete—Hulu started incomplete—until it's not. Hulu, for what it's worth, claims the consumer response to the new service has been strong, and it's considering an ad-free pricier subscription model. Hulu appears to be getting users to pay for content, which was never impossible, but is consistently difficult.

Hulu has apparently moved beyond its battle with YouTube to Netflix, the other transmedia distributor du jour. If Netflix is currently "movies whenever, wherever, just $XYZ/month" Hulu is "TV whenever, wherever, just $XYZ/month.” The competition is heating up, and it's certainly fathomable to envision Hulu beating out Netflix for subscription-based video, though those days are far away.

Though far off the radar for most of the American public, Hulu is also competing with a number of online networks—YouTube, Crackle, MyDamnChannel, etc.—as a venue for high quality, brand-friendly original web series. Launching a reality-ish series If I Can Dream and the well-reviewed and publicized LXD, among other series, some of which, like Anyone But Me, were scooped up to run alongside other online networks.

The net effect is for Hulu to become everything to everybody, on as many screens as possible, with ad- and subscriber-based revenue streams, all in high quality with good metrics for favorable ad rates.

Is it possible? Has Hulu won? No, no one has yet emerged a winner, and it is, of course, very likely the online video market is big enough for many players, large and small. Yet Hulu is leveraging all of its assets to become the leader in the space. It has clearly moved beyond its original epithet of "YouTube killer" to create a life for its own, a "killer" in its own right, doggedly trying to change the market, rather than succumb to it.