Dinner For Schmucks, Delightful Yet Forgettable 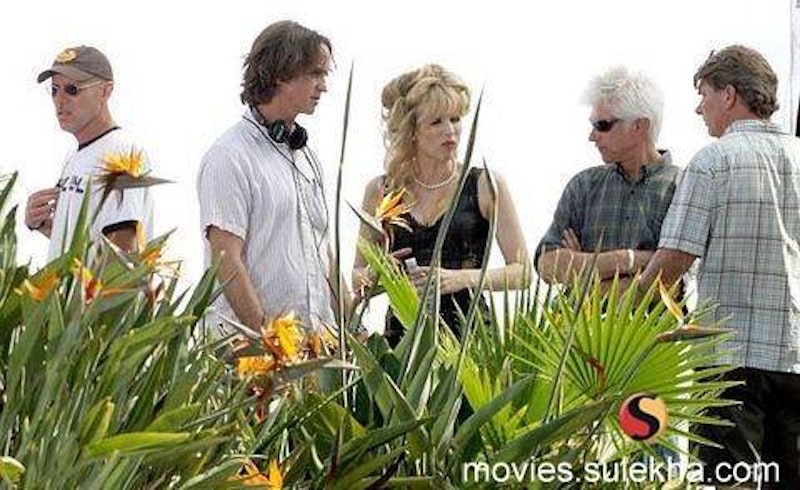 Critics should be honest, as I learned from A.O. Scott’s thoughtful essay on critical engagement with Inception. Why am I starting a review of Dinner for Schmucks with a reference to Inception? It was, for one, the only film audience members were talking about at the advance screening I attended. But it also begs critics to be honest about where they stand: on what they think film is supposed to be, on Christopher Nolan, on Hollywood marketing and so on. I’m being honest: I saw Dinner for Schmucks with Inception still on my mind.

So what did I think of Steve Carell’s latest entry in his library of lovable roles? Dinner for Schmucks makes me happy I only review films occasionally and at leisure, and not, like most critics, several times a week and under professional duress. No wonder movies like Inception score near perfect (http://www.rottentomatoes.com/m/inception/) ratings from critics: ambition and originality are truly rare in Hollywood—though this may be changing.

The problem is, I have nothing interesting to say about Dinner for Schmucks. It is not bad. You’ll probably enjoy it, especially after exhausting all the good blockbusters for the summer. It’s funny in parts. My audience was laughing regularly and heartily. The film has a certain wit, some of it no doubt added or enhanced by Carell’s charms. It just isn’t very stimulating, even with the anti-corporate message in the end.

Dinner for Schmucks is an American adaptation of a French film, Le dîner des cons. The concept is simple: rich people host a dinner for “idiots,” to laugh at them. The “idiots” are none the wiser, thinking they’ve been invited to a contest for the most extraordinary person. In our American version, a private equity analyst (Paul Rudd’s Tim) is up for a promotion and invites our idiot (Carell’s Barry) to the dinner. Barry proceeds to mess up everything in Tim’s life through his idiocy. Tim gets what he asked for, essentially.

Saying the French did it better is a terrible cliché. The French do some things better, not necessarily movies—they have tons of crap. But in this case, the French did it better. Perhaps in their tradition of despising the bourgeoisie, Le dîner takes much more pleasure in skewering its protagonists. Their idiot is a bit more pathetic, fatter and uglier, while the duplicitous, attractive financier is more of an asshole. It makes the comedy—and social critique—much clearer. Le dîner also keeps its gags much more subdued, the tragedy more organic, less slapsticky.

In the American version, Carell’s Barry is more of a clown than a person. He works for the government, which is supposed to be pathetic, but I suspect many of us are tired of the “sad accountant” type. Meanwhile, Rudd’s private equity guy is as adorable as Rudd (and Steve Carell), putting the audience in the awkward position of not knowing who to care about.

Dinner for Schmucks assumes the audience wants everything lite: we want to feel good, not have a laugh at anyone’s expense. Fine, except it makes it all a bit drab. In the end, we care about everyone, except the richest guys in the room—the private equity bosses—who are empty shells taking pleasure in other people’s misfortune, the screenwriter’s attempt at capturing the zeitgeist. Tim is a nice guy in a bad situation. His girlfriend is well meaning and rational. Barry is socially inept and immature, but also rather nice and relatively handsome. The idiots we meet don’t seem too unhappy, so any attempt at demonizing the bosses, which is absent most of the film anyway and pretty funny when onscreen, seems half-hearted.

Once again, this is not to say Dinner for Schmucks doesn’t deliver what it promises. It is exactly what audiences have come to expect from Carell. For some, especially those who enjoy “oh no he didn’t!” moments, there will be plenty of shock and public humiliation to delight. Lovable stereotypes abound—frivolous Europeans, the self-obsessed bad artist (Jermaine Clement in the same role Russell Brand played in Get Him to the Greek), even a stalker-y one-night-stand.

Steve Carell is banking his inoffensive charisma will carry him through most of his mainstream comedies, and he may be right. I think no less of him for Dinner for Schmucks; he made me chuckle from time to time.

I feel bad for the film, however, coming at time when everyone is talking about a blockbuster that dares to challenge us, because, as it stands, I’m merely satisfied and unsurprised.