The New Mutants vs. Whiteness

In the original comics, a diverse team fought a white man who wanted to devour them. 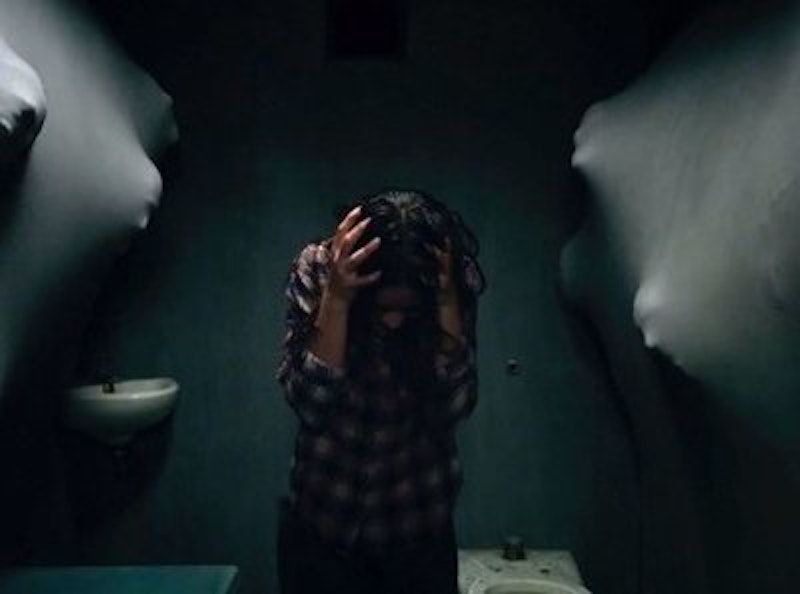 Black Panther received considerably more hype than the forthcoming New Mutants film. In part that's because BP is the first big-budget superhero film since the Blade franchise to feature a black protagonist, and the first to have a virtually all-black cast and creative team. But while the New Mutants film hasn’t generated as much excitement, the comic on which it’s based was, like Black Panther's source material, pioneering in its use of non-white, non-American heroes. The New Mutant's early issues offered an uncomfortable, and perhaps unintentional, critique of the ways in which superhero comics had in the past appropriated the experiences of marginalized people. That's a critique the big screen is unlikely to reproduce—though it would be welcome if it did.

The first collected volume of the New Mutants by writer Chris Claremont and artist Bob McLeod includes the beginning of the run from 1983. Professor Xavier, the mutant telepath and leader of the X-Men, has gathered a new young group of mutants to educate while the X-Men are engaged elsewhere in outer space. Claremont's original X-Men were from across the globe, and this group is as well. But where the X-Men were almost all white, the new heroes are majority minority.  Roberto da Costa, or Sunspot, is afro-Brazilian; Xi'an Coy Manh, or Karma, is a Vietnamese immigrant to the U.S.; Daniel Moonstar, or Psyche, is Cheyenne; Rahne Sinclair, or Wolfsbane, is a Scottish orphan raised in an abusive religious sect, and Samuel Guthrie, or Cannonball, is an Appalachian coal miner.

The original X-Men of the 1960s, created by Stan Lee and Jack Kirby, were white and affluent; the updated team created by Claremont were also mostly white. But the New Mutants are different. The team is marginalized in the United States, by race, nationality, class, gender, or some combination of the above. In addition, the heroes are also all adolescents, with wavering control over their powers.

This is important because the X-Men, from their inception, were presented as a metaphor for marginalized people. The X-Men were born with their powers; they were mutants, and for never well-explicated reasons, people in the Marvel Universe, accustomed to all sorts of super-doers, nonetheless hate mutants.

The X-Men served as a metaphor for racism, anti-Semitism, and homophobia—a metaphor that was convenient because it could be used without actually engaging with real-world bigotry. The X-Men were (mostly) oppressed white people, and America loves oppressed white people. The series in comics—and even more onscreen where Hugh Jackman's Wolverine dominates the plots—criticized discrimination and hatred, but did so by encouraging viewers to imagine that the main targets of bigotry were white men.

The New Mutants is different. The people hated for being mutants in the comic are also people who are hated in the real world—for being black, people of color, indigenous, or poor. When kids at the local school are nervous about the New Mutants, or genocidal villains target them for elimination, it isn't wealthy white guys discriminated against. It's people who have, in the real world, been singled out for hatred and genocidal violence.

Writer Claremont, in these early issues, isn’t always entirely in control of his material. Dialogue is stilted, exposition is plentiful and tedious, plots are often egregiously pointless—the last issues in the collection focus on mutant motorcyclists who are the least necessary superheroes I’ve ever seen in a comic book. The series also compulsively shows the kids having trouble mastering their powers—a trope that’s too in keeping with the conventional stereotypes around the incompetence or weakness or inability of people of color.

And yet, almost despite itself, the New Mutants' first story arc manages to unearth the ugly heart of the X-Men's racial dynamics—and of some of Claremont's own writing.

The students at the school don't trust Xavier, and part of the reason is that a bunch of poor people and people of color wouldn't trust some rich dude swooping in and claiming to be their savior. Dani actually refuses to go to Xavier's school initially because Xavier is white. "You would send me to an Anglo?!?" she tells her grandfather. "No! I won't do it! I won't go!

The grandfather convinces her that Xavier can be trusted. That’s the right decision, as longtime X-Men followers know, because Xavier’s a good guy.

And yet, as the comic chugs along, it becomes clear that Dani was right all along; you need to watch out for rich white dudes. A disgusting slavering alien brood queen has planted her egg in Xavier. Under the egg's influence, he gathered the New Mutants not to train them, but so that they too could serve as super-powered host bodies. In the series' most horrific scene to that point, the kindly professor bends over in his wheelchair and then in the next panel is transformed into a toothy insectoid nightmare, a combination of the monster from Alien and a bloated wasp.

A storyline about a white man planning to implant eggs in children of color in order to use them in his nefarious plot evokes a range of historical atrocities—expropriated labor, sexual violence under slavery, scientific experiments on black people. The kindly professor tearing off his skin suit to reveal a slavering monster is also, in context, a comment on white saviors, swooping down to "help" the poor and marginalized by battening on their flesh like great mosquitoes sucking out the life blood. This was the 1980s, after all, when Ronald Reagan wanted to help the poor become self-sufficient by demonizing them as welfare queens, and politicians promised to make black communities safer by throwing all the young men in sight into prison.

The professor is defeated and then transformed back from an insect monster. He apologizes briefly for planning to perform hideous acts of murder and violation on his students. They forgive him. The good Xavier is the real Xavier; the bad Xavier is a fake or imposter. The students, supposedly, have no reason to reevaluate their loyalty. Right?

Claremont is reticent about following through on his revelations about the professor—perhaps because those revelations implicate Claremont himself. Xavier, whose psychic powers allow him to watch the New Mutants from a distance, and who directs them through the plot, is an obvious stand-in for the book's writer—a white, all-powerful guide, training and controlling a group of marginalized children. The evil Xavier is also, therefore, the evil Claremont, who, like white X-Men creators past, crawls into the skin of marginalized people in order to appropriate their experiences and identities.

The young heroes in New Mutants are menaced by an insidious enemy, which disguises itself as a friend, and insists it’s teaching them respectability and control even as it prepares to eat them from the inside. The New Mutants is unusual for its era not just for including non-white protagonists. It's also startling in that it—half-unconsciously—presents whiteness as its villain. That's a step further than even Black Panther was willing to go.