The MPAA Is Defeating It's Own Purpose

By giving Bully an "R" rating, the MPAA is preventing the film's target audience from seeing the movie. 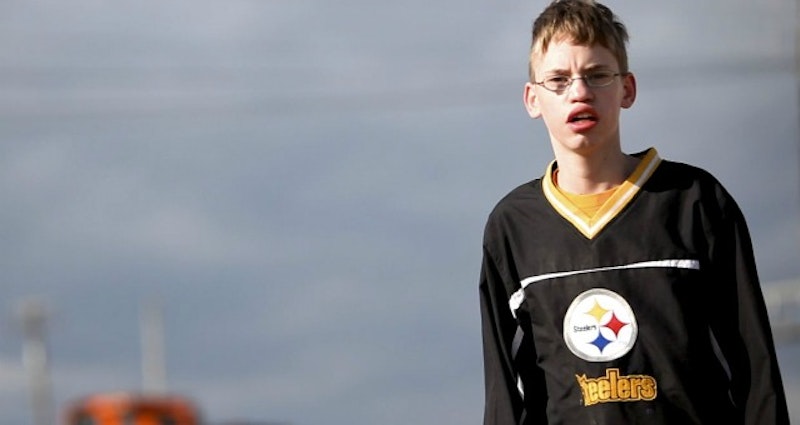 Once again, the MPAA has decided that a film that deals primarily with issues facing children and teenagers is inappropriate to be viewed by that same audience (without a parent or guardian present). As with the Iraq war-centric documentary Gunner Palace from 2004, Lee Hirsch's new film Bully--itself a documentary, and not to be confused with Larry Clark's sexually explicit film of the same name--has received an "R" rating thanks to multiple uses of the word "fuck". However, unlike Gunner's Palace, whose filmmaker's successfully appealed the MPAA to change the rating to a "PG-13" based on the educational value the film has for underage viewers, Bully's "R" rating stands even after Hollywood heavyweight Harvey Weinstein spoke on its behalf.

In addition to the usual concerns over censorship, this latest controversy again puts the spotlight on the MPAA and exactly what its purpose is. Mostly in the news in recent times for its role in the intellectual property debate, the Motion Picture Association of America continues its purpose as an "advisory committee" by evaluating films for content and assigning the well-known letter ratings on the basis of whether a film's content is inappropriate for younger audiences.

Of course it's not that simple. Giving a film an "R" rating effectively prevents many persons under 17 years of age from seeing a film during its theatrical release. While kids being kids will frequently find ways to sneak in anyway, most major theater chains have stepped up their efforts to restrict minors from gaining admittance to restricted films. In some states, R and NC-17 rated films are covered under adult entertainment laws, and those who ignore the "advisory ratings" risk serious legal consequences whether they're an employee at a theater or a parent buying a ticket for a child (typically, the parent or guardian must be present during the screening itself).

So there's a lot at stake when it comes to films that potentially offer younger audiences more than the average major release. With Bully,  Hirsch follows the stories of several teenagers as they endure harassment, intimidation, and ridicule by their peers and seeks to present "bullying" in a realistic and objective way. And that includes depicting real kids using the same bad language kids have always been known to use. In the wake of everything from this week's school shooting in Ohio to 2010's suicide of a Rutgers freshman and the ongoing trial of his roommate, Hirsch's film and questions over the film's content have received a great deal of attention.

There are many problems with characterizing much of the violence and hostility experienced by young people as "bullying". Even as celebrities ranging from Anderson Cooper to Ellen Degeneres and Oprah Winfrey weigh in on the issue, there is a disconnect between the aggressive and anti-social behavior that is often discussed and the labels some apply to them. Invasion of privacy and threats of sexual victimization are worlds away from what most would consider "teasing" yet these incidents are often depicted as being part of the same general problem. In this way, a film like Bully, which explores a variety of situations that are similarly diverse yet described using the same language, is important for older and younger people alike to be able to access.

The obvious point to make is that if children are expected to endure so much "objectionable content" in their daily lives they deserve access to a film that explores the urgent issues facing them even if the film is disturbing in its own right. But that's not even why the film was given a restricted rating. The "R" rating is literally due to a single scene in which the word "fuck" is used  five or six times. In one of the dumbest, most long-standing rules of the MPAA's ratings system, the word "fuck" may generally be used once or twice in a non-sexual context. So "go fuck your mother" is instantly R-rated content.

When a film like this or Gunner Palace comes out much ado is made of the function of de facto censorship organizations like the MPAA and whether they're defeating the purpose they exist for in the first place. It seems especially ridiculous when a film is specifically being prevented from reaching its most appropriate audience on the basis of whether some panel of adults typically without any training in child development or psychology deem it unsuitable for that audience. Rarely is the criteria itself attacked, and few guidelines are as arbitrary and pointless as the MPAA's (which notably aren't published in any official capacity and are usually only hinted at to studios and filmmakers). For the average violence-packed popcorn movie or gory slasher the difference between one rating or another is merely one factor in that film's commercial potential. It's only when a film such as Bully, which is very much of its time and deeply connected to issues affecting persons of all ages, is in question that the chasm between what a self-appointed regulatory committee thinks it's protecting the nation's youth from and what it lacks the relevance and self-awareness to actually address becomes gapingly apparent.