Chopped Up and Cut Down Til There's Nothing Left

How the producers and studio execs ruined Thin Ice. 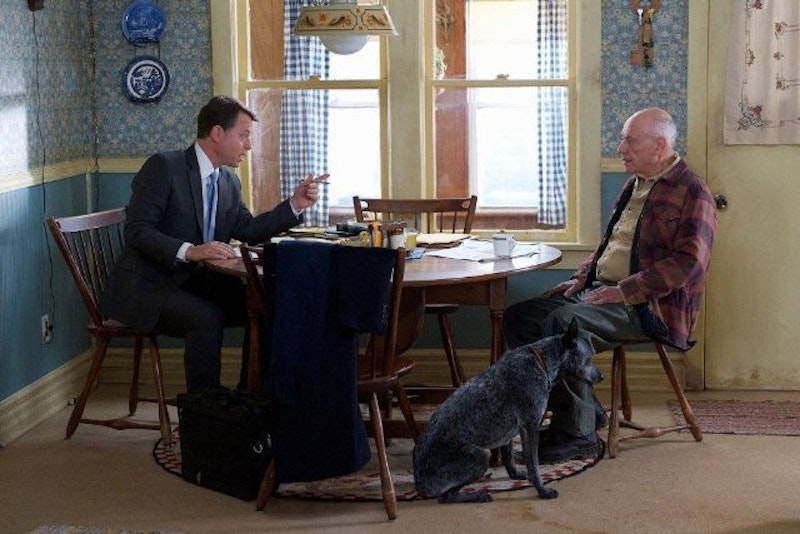 I feel really bad for Jill and Karen Sprecher. According to a letter sent to Roger Ebert, the sisters’ film, Thin Ice, was taken out of their hands in editing and generously shaved by clueless producers. That’s a nightmare scenario for any filmmaker: you’ve cleared enough creative and logistic hurdles to have a finished rough cut that you’re ready to present as your work, and some snake comes and cuts up what you made without consent or any effort.

Thin Ice, starring Greg Kinnear as a scumbag insurance agent/clumsy con artist in Kenosha, Wisconsin trying to pull one on a soft old man with an expensive violin (Alan Arkin), feels like it was put together by committee in a fourth grade classroom. Everyone in the film is great, especially Kinnear, whose face is much colder and harsh than usual—it’s obvious he disdains everyone but himself from the way his jowls sink and he arches his eyebrows, but his voice is still honey, and that’s what makes us like an otherwise morally vacant and repellant fraud. He also looks exactly like John Boehner here, with that same telling expression of detached boredom and cynicism. The script is punishingly straightforward but tight and entertaining, and it’s no disaster, but Thin Ice is still an obviously sabotaged movie.

Jill Sprecher claimed in her letter that the film’s entire structure was changed, with characters gone, plot points missing, and scenes cut or replaced. The released film is illegitimate, a crude simplification that lacks artfulness and a coherent voice. Films are made by dozens of people but the good ones establish their own language and values, they convince you they’re true and make you lower your guard and get inside your head.

The producers left the seams showing on Thin Ice. The bang-ya-over-the-head-with-it voiceovers, surface level conversations, and absurdly silly but crowd-pleasing ending guarantees that anyone will be able to find their way through Thin Ice’s plot, but they probably won’t remember or care about it in six months. I don’t know what kind of film the Sprecher sisters made before it was “rearranged,” but I’d bet it’s superior if only because it was deliberate, it had intention.

Movie edits like this feel so dishonest. Who exactly are the producers tailoring this for? They’ve got a two-hour long con movie that’s all about the setup with a big twist ending, and the moneymen are too nervous to get behind something not totally milquetoast and easily digested by anyone ages eight-80. But all that’s left is a document stitched together by different people with different goals, and it drains all art and life out of it. The movie is still pretty entertaining scene to scene, but the tapestry of everything is shambles.