The Last Horror Movie That Scared Me

The Exorcist III got me. 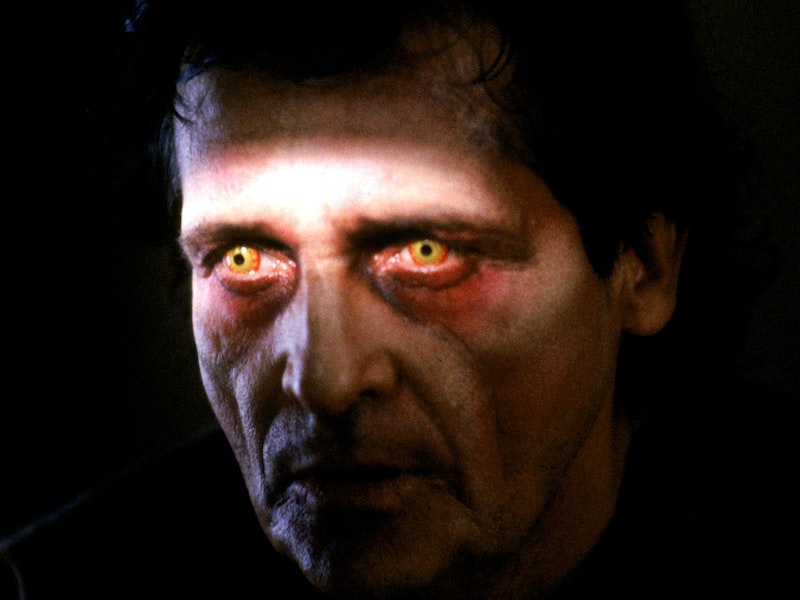 When I was a kid, horror movies were effectively horrifying. I saw an ad when I was eight or so for a movie about a monster under the bed and couldn’t sleep for weeks (I remember my dad declaring in hyperbolic but understandable frustration, “We are never letting you watch television again!”) In middle school we watched the old silent Nosferatu because our teacher didn’t want to deal with us for the day and I was afraid to walk home at three p.m. with the sun out.

Time staggered on. I eventually got to sleep and the walk home from middle school ended. I became a horror movie fan, who could tell a Carpenter from a Cronenberg and a Nosferatu from that other Nosferatu. Along the way I stopped being scared to such an extent that it sometimes startles me to realize that other people want to be scared by their horror movies. One of the criticisms of this year’s wonderful Candyman was that it wasn’t scary enough. To which my immediate reaction was, “But… horror movies are never scary?” The film was beautiful, ugly, bloody-minded and bleak. What more could you ask? Bad dreams?

Recently, though, I re-watched The Exorcist III, and remembered that I used to have bad dreams too. I first saw The Exorcist III in the early-1990s, not long after it came out. I’d just moved to the big city for grad school; I knew no one and was living alone in a tiny apartment. I didn’t have cable or a VCR, just a tiny black and white television. One night I flipped the knob and there was The Exorcist III.

Thirty years later, some of director William Blatty’s images are still burned into my brain. The shot down the hallway where the nurse walks across the screen, oblivious to the masked figure with the pointed pole stalking after her. The girl pulled out of the way as the giant hospital cutters close where her neck was. And the eerie scene with the elderly woman crawling around the ceiling, a demonic grin on her face, as the detective played by George C. Scott looks about obliviously, wondering where the demon’s gotten to.

Re-watching, I think my estimation of the film was probably boosted by the fact that I didn’t see all of it. At full-length it’s a muddled tangle of plots and themes, sort of about serial killers, sort of about losing yourself as you get old, sort of about pointlessly revisiting the first Exorcist. But I missed the beginning. And better, I missed the unfortunate tacked-on ending. The studio disliked the first cut, which didn’t include an exorcism. How can you have an Exorcist movie without an exorcism? So they added a special effects blowout with lightning and the floor splitting open and so forth. It’s silly and clumsy. Eight-year-old me would’ve been scared. But even he probably would have thought, “This is no Nosferatu.”

I don’t remember why I turned The Exorcist III off before the end. I do remember that the movie disturbed me. I glanced up at least once or twice at the low ceiling to see if there were any smiling old people crawling around up there, waiting to get their teeth in my throat. And this time, 30 years later, when I finally watched the whole thing, even to the crappy ending, I knew there weren’t old people on the ceiling without looking. The only old person in the room was me. Age brings wisdom, or at least indifference.

Which isn’t bad. I doubt I’d be a horror fan in the same way if I found horror movies scary the way I did when I was younger; part of getting older is that I really don’t like losing sleep. Still it’s an odd feeling to realize that a certain part of who you were has been exorcised and banished. Between the first watch of the Exorcist III and the second, someone else has possessed me. That doesn’t make me afraid. Just a little haunted.