Majesty of the Music

Steven Spielberg's West Side Story is a great movie musical and one of his best films in a long streak. A 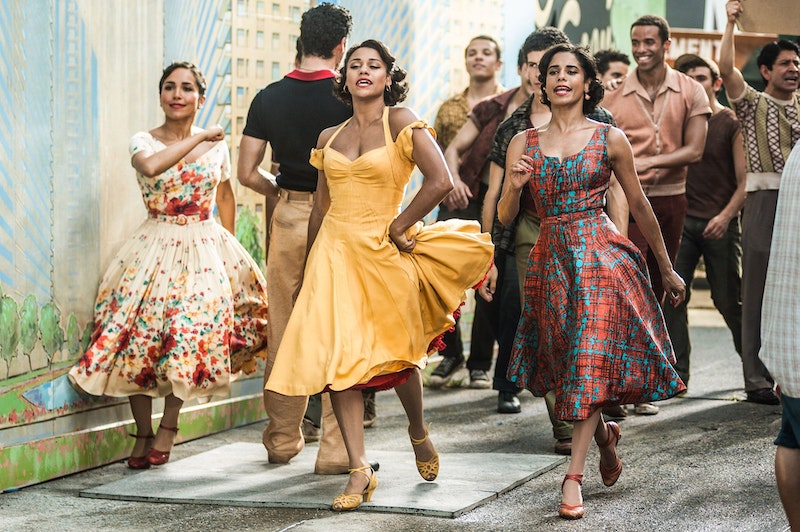 It starts, for me, with the neighborhood.

In his new version of West Side Story, arriving 60 years after the original, Steven Spielberg and his team built one of the most impressive movie sets I've ever seen. It's a recreation of the area that's now Lincoln Center, as it looked at the late-1950s, and it’s gorgeous, with spatial consistency. The movie gets many other things right. It's a masterful film visually, thanks to cinematography from Spielberg's longtime collaborator Janusz Kamiński. It finds new and creative ways to stage some of the most famous musical numbers of the Broadway and Hollywood canons. It nails the casting of the main female roles.

The choreography, while significantly different from the '61 version, is a highlight. The changes in the script from the original aren't significant, but they make sense.  And Spielberg proves a natural at directing a musical. The new West Side Story was delayed for a year due to the pandemic, although the timing of its release lines up neatly with the 60th anniversary. There's also the poignancy of its arrival just days after the death of Stephen Sondheim, who wrote the lyrics for the original musical.

The story is the one you've known since high school. In a riff on Shakespeare’s Romeo and Juliet, set in 1950s-New York, a pair of gangs are at war over the West 50s: The Jets, who are white guys of various ethnic origin, and the Sharks, who are Puerto Rican. There's soon a star-crossed love affair between Tony, who's aligned with the Jets, and Maria, the younger sister of the Sharks' leader. And it ends in tragedy, if slightly differently from its Shakespearean inspiration.

The film lets the familiar story unspool, and has some standout performances by faces who’ll be unfamiliar to most. These include Rachel Zegler, making her movie debut as Maria, and Ariana DeBose, who played "The Bullet" in the original run of Hamilton, who brings such energy to Anita that she practically walks off with the movie. Mike Faist, a young theater actor who resembles John Mulaney, is another standout as Riff, as is David Alvarez as Bernardo.

Rita Moreno, who won an Oscar for playing Anita in the 1961 West Side Story, returns as a new character called Valentina, and this is no ceremonial gimmick cameo, as she's part of multiple numbers, including a solo. As anyone who watched her on One Day at a Time the last few years knows, Moreno still has it; she'll celebrate her 90th birthday a few days after the movie’s released.

If there's a weak link in the film, it's Ansel Elgort as Tony. He navigates the musical numbers ably, but his charisma just isn’t there. There’s also the matter that Zegler is 20 and looks like it, while Elgort is in his late-20s and has a receding hairline. I was more bothered by the age gap here than by those in either Licorice Pizza or Red Rocket. Then again, Richard Beymer's performance was never what drove the '61 film, and then as now, there are so many great things going on around Tony that it doesn't do that much damage.

As for the changes, there's a bit more Spanish, some of it not subtitled, which is apparently a point of contention in the early reactions. And the Puerto Rican actors aren’t, this time around, played by white actors. More importantly, the movie understands that the Jets in West Side Story are essentially the Proud Boys—they're racist nativist goons with a weakness for street violence and sexual assault. The difference is, instead of mocking him in song, the Proud Boys probably would have high-fived or fist-bumped Officer Krupke.

West Side Story is the third collaboration between Spielberg and playwright Tony Kushner, after Munich and Lincoln, and it's resulted in great movies all three times. Of the dozen or so movie musicals released in 2021, it’s easily the best.