Hype Sondheim, He Deserves It 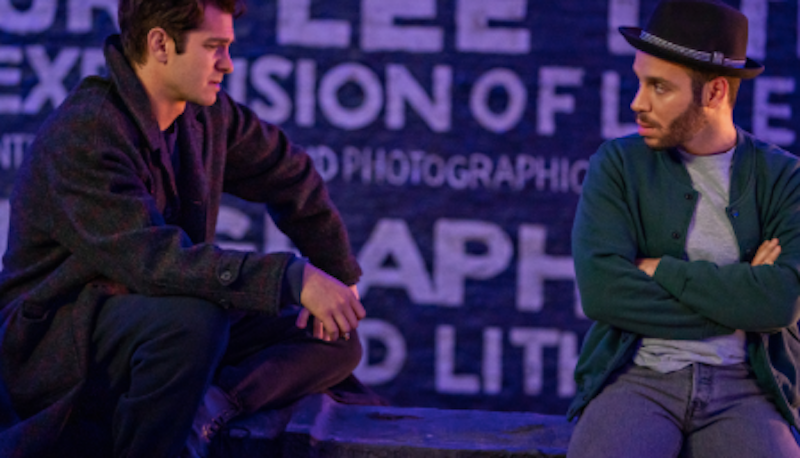 Stephen Sondheim habitually squinted. He did so with one eye, his left. By the end of his life he’d put a crease in his face, or something of a lengthwise dent. That particular corner of his face looked crumpled. There’d been no stroke; his habit had done it all. I don’t know of any resulting hardship beyond the trouble of seeing from that puckered, pocketed eye. A habit like his, one that mines you for decades and leaves nothing good to look at, ought to come with a warped, off-bias life. In Sondheim’s case, no. Sondheim achieved an inhuman mastery over his art without clamping his spirit or distorting his character.

He’d grown up with a crazy mother and was too smart for his own good. Neurosis and a sort of constipated, frozen loneliness feature heavily in his first decade or so of musicals. Even after that, he wouldn’t fall in love until he was 60. Yet his emotional life was good. Along with being smart, he was also the sort of person to buckle down and figure things out. Presumably he and some therapists figured out how his life could make sense and stop hurting, and then he spread the benefits around. Maybe a shrug and a wince stay in a person’s manner after a start like his. Still, he learned.

The high point of tick tick… BOOM!, the strenuous new Netflix film by Lin-Manuel Miranda, presents Sondheim as the great and good man who bucks up young Jonathan Larson (a rather plangent Andrew Garfield), the future creator of Rent. Bradley Whitford does a fine impression of a 60-year-old Sondheim. It’s a suitably kinetic performance, with shoulders, head, and eyebrows all slouching in different directions and at changing angles as the character considers the perplexities before him. This is true to life; for a man who spoke comfortably and well, Sondheim in a chair came off like a railroad switching yard for limbs. But the great and good part is true as well. He certainly did encourage Larson and others. He was benevolent toward dedicated aspirants and inquiring fans, and he dealt in a sane and straightforward way with the show business world and the people close to him. All this could be read in the midlife photo found on the cover of Merrily We Roll Along. It shows in his interview clips too, from earlier and later than mid-life: this permanently wry, convulsively quizzical man never sneers. When Stephen Colbert drops a dinger by asking if Sondheim is a relic (or, as Colbert puts it, “Are you still writing, by the way?”), Sondheim’s face draws back, all in one piece, and his mouth pops a little further open. But he laughs and gives his answer, an equable “Yes, I am,” followed by details. (The show was called Square One and he was creating it with David Ives, the playwright.)

A couple of weeks before Sondheim died, the world was given the Netflix–Miranda visualization of the man at his most splendid. Of course, the filmmakers have their reasons for the display. The film ends with Larson’s career pretty much as before, going nowhere. Later will come Rent and his gigantic posthumous success; this knowledge makes the ending viable. But it still needs a decisive injection of float. A victory is called for, an up arrow, preferably one outlined in gold and studded with diamonds. That victory is a phone message from Stephen Sondheim. He says the kid’s got talent and he’ll critique his stuff, and right there’s the up arrow, just that call. It works fine. Anyone who knows Sondheim’s achievement will see what the call means to Larson. Everyone else can take it from the build-up the film gives Sondheim, which is beyond exuberant.

The first time Sondheim’s mentioned, at the film’s start, it’s alongside the Beatles; this gives outsiders an idea of his status. Half an hour later we have his first appearance. Larson and other beginners are going to be critiqued by a couple of established songwriters. One turns out to be… but Larson’s voiceover must tell us. “People began to buzz as soon as we walked through the door. ‘Is it really him?’” Pause. “It… was.” Longer pause. Then, filling us in: “Stephen… Sondheim.” From past old Walter, Sondheim’s grouchy dope of a colleague (Richard Kind, who’s funny and game), there loom the profile and shrewd eye of the quizzical, quiet master. At another appearance, another buzz. A woman pushes her mouth toward a neighbor’s ear.

“Sondheim,” she says. The dapper, box-like figure, all unassuming, advances to his seat. He makes no fuss; he isn’t the sort and needn’t bother. Everyone knows he’s the best. That grouchy fool in the first scene? He eats his words whenever Sondheim disagrees with him. He’ll say whatever Sondheim says; the scene has him do it four times, to get the point across.

Their back-and-forth is about Larson’s rock musical, of course. The fool thinks it’s bad, Sondheim says it’s good. I guess we know who’s right. Larson’s critic gets shown up and Sondheim does the showing. In effect the scene enacts for Larson, and thus Sondheim, the sort of jerkoff, self-indulgent dream of glory some of us stick in our heads after lost arguments and so forth. This is typical of tick tick … BOOM!, a film prone to going heavy. Larson’s sellout friend (Robin de Jesus) has an office big enough for copter takeoff; maybe a helipad was boxed about with plate glass and a Mercedes-size desk fell in there. Later Larson and the friend have a pointless fight so their reconciliation can goose the story’s climax. When Larson and his girlfriend (Alexandra Shipp) argue about relationship problems, the movie does the trick where the artist-hero’s neglected partner stops in mid-speech and says, “You’re writing a song about this, aren’t you?” (or writing a poem or mentally staging a scene, and so on).

Given the greasy thumbprints that Steven Levenson’s screenplay leaves on the audience and characters, it’s no wonder a handy Broadway legend would be subjected to hype. A handy and plausible legend, because Sondheim’s reputation is good for the treatment. He was brilliant, kind-hearted, and revered. The effects of this state may not have been quite as we see with Walter, but it would’ve been fine if they were. The wish-fulfillment scene is broad but not cheesy, and it works when the film’s other bullshit remains bullshit. The real Sondheim deserves some hyperbole and here it is.

On the other hand, his mentee’s work seems blah. The songs presented in tick tick … BOOM! lean on rock’s built-in ability to muscle up a response. The generic-sounding roar and soar comes with some busy musical trimmings and rather flickering, in-and-out lyrics. “Your friends getting fatter, the hairs on your head getting thinner” is a doggedly awkward line. Futuria, the score admired by Sondheim in the movie, also seems blah from what we hear. Frankly my faith in Sondheim is baffled. Yet it remains solid—it’s bound to as long as I can hear Assassins or Sweeney Todd or “Can That Boy Foxtrot.” Sondheim laid a dent in his face from mulling life’s bitter puzzles. I guess I can deal with him and Jonathan Larson. Most of all, I’m glad that a man who started so lonely ended so loved.