The Intolerable Mediocrity of Matt Damon 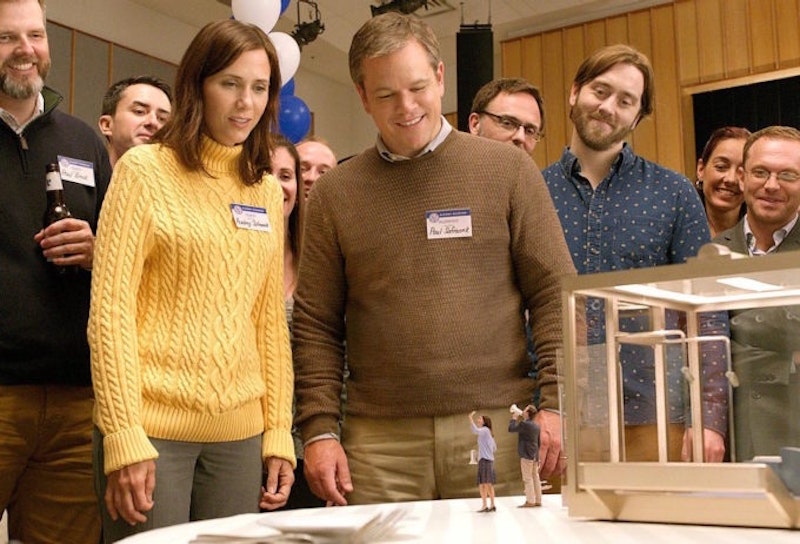 Matt Damon, please retire. We don’t need you. It’s not just the tone-deaf comments about sexual assault harassment, really that’s just a convenient way for me to say what we’ve all been thinking for years now: you’re not a good actor. No one likes you. You’re “Matt Damon” in every single role you’ve ever played, just as Jesse Eisenberg is “Jesse Eisenberg” in every movie he’s in. You both have zero range.

Eisenberg has one mode: pretentious, nerdy, creepy, autistic, semi-sociopath, and that worked great in The Social Network and The Squid and the Whale. I wish more directors knew how to use your intolerable mediocrity to their ironic advantage, and highlight your severe limitations as an actor in the same way that Stanley Kubrick played on Tom Cruise and Nicole Kidman’s marriage and rumors about Cruise’s sexuality in Eyes Wide Shut, a three-hour movie where Cruise’s character is so emasculated by a fantasy his wife had about cheating on him, that he speeds all over Manhattan looking to get laid, constantly chickening out or being interrupted, and almost gets himself killed in the process when he ends up in the masked locus of the pagan sexual elite.

Alexander Payne, please make more movies. Your last one, Nebraska in 2013, was great. Simple premise, familiar themes, beautifully shot, with two performances by Bruce Dern and Will Forte that really stuck out and carried the picture. See, Forte’s the guy you should’ve used here. Your new movie Downsizing is ambitious, written and deferred for over a decade as you struggled to cast it and get funding and figure it all out.

It’s a fascinating scenario straight out of The Twilight Zone: in a world not so different from our own, a Norwegian scientist has discovered a way to shrink human beings to approximately five inches tall via an irreversible process called “cellular reduction.” This will save the planet he says, as an assistant brings out a small trash bag on stage and announces that it’s the accumulated waste of thousands of people over years.

The news goes all over the world, even to your hometown of Omaha, Nebraska, where Paul Safranek (…Matt Damon…) hears the news in a crappy strip mall bar surrounded by his fat, ugly friends, and he drives home to his childhood home where his sick mother complains about her chronic pain and difficulty breathing and how all this talk of “getting small” is so obnoxious: “I’m hurting now.”

Ten years go by. Paul and new wife Audrey (Kristen Wiig) live in that same house after mom has gone, and they decide to “go small” because they have no money and their (really, Paul’s) life is just so boring and unsatisfying. No surprise that Audrey bails at the last minute, after Paul has already undergone the irreversible procedure. A year goes by, and Paul’s got the same job, and the same life, just smaller.

And this is where Downsizing completely loses the plot and the promise of its intriguing premise: hints of chaos in the outside world and imminent climate collapse creep in, but instead we narrow in on Paul’s newfound friendship with Ngoc Lan Tran (Hong Chau), a Vietnamese dissident who smuggled herself in to the United States in a flatscreen TV box and now works in the ghetto of the small world pleasure island that’s just as aggressively middle of the road and boring and as full of “mandatory fun” as the regular sized Omaha, Nebraska.

As Sheila O’Malley wrote for RogerEbert.com: Downsizing “very quickly devolves into a bland story about a nondescript khaki-wearing guy who learns to care about the less fortunate. It's the least interesting way to go with what is a pretty interesting premise.”

I re-watched Payne’s second film Election last week, and it’s almost flawless: beat by beat, shot by shot, joke by joke, it’s astoundingly well-constructed, written, and uniquely dark. Election is one of the only movies that makes my skin crawl. You’d think high school corruption would be much less fertile ground for satire and dark humor than the end of the world, but Downsizing’s considerable sci-fi aspirations devolve into small-mined banality a little over an hour in. Besides a few memorable performances from people that aren’t named Matt Damon (Christoph Waltz, Kristen Wiig, Hong Chau, and a brief cameo by Laura Dern), Downsizing is a half-baked failure at making a masterpiece whose flaws are severely compounded by its intolerable and distracting star.