A Dim Look for Bright

Urban fantasy film fails to spark the imagination it so desperately wants to channel. 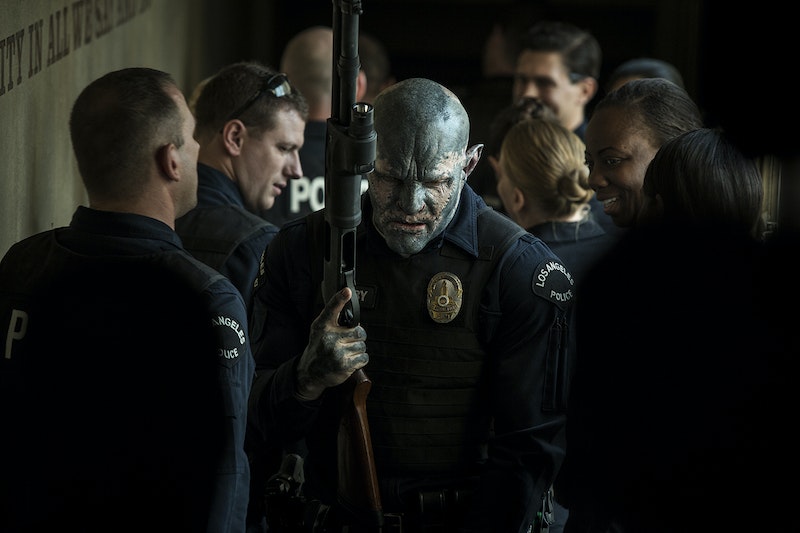 Perhaps the most recent example of urban fantasy as a genre was Final Fantasy XV. For all its flaws, it's clear that the developers at Square-Enix had a tremendous imagination and built a rich world. Even though in some ways, Final Fantasy XV at launch felt like it was unfinished, I could see the creativity evident in the world they created. At least it was until Netflix released Bright, an urban fantasy film directed by Suicide Squad's David Ayer and starring Will Smith and Joel Edgerton. However, while Final Fantasy XV oozes with a lush and rich world, Bright feels like a narrative mess.

The film attempts to juggle social commentary, buddy cop tropes, and the urban fantasy setting. Part of the issue is that these elements are all handled very poorly and don't fit together in the way that the filmmakers intend, especially when it comes to using fantasy dialog. What passes for worldbuilding in this alternate version of Los Angeles is a handful of shots of graffiti and the occasional line of dialogue alluding to a vague past.

Will Smith's character is thoroughly unlikeable, and it's clear that the film is attempting to deal with his personal prejudice towards his orcish partner. But the event that establishes his character to the audience is the excessive, drawn-out killing of a fairy, complete with the line “fairy lives don't matter today” to cement his characterization. This produces Smith's most cringeworthy performance since Wild Wild West's infamous lynching scene. Other characters, such as Noomi Rapace's character Tikka, are also mishandled by the film. The only likable character out of the cast is Edgerton's character Nikolas Jakoby.

It's difficult to determine exactly where this film went wrong. While other critics point to director David Ayer's worn out routine, there's also the fact that the film feels like it's missing the ingredients for making compelling drama. It's difficult to parse character motivations beyond the surface, assuming that genre conventions will be enough to fill in the blanks. While Netflix is already producing a sequel to Bright, one has to wonder if it can manage to build on this very shaky foundation.