The Hitlerian Emptiness of The Last Jedi

Becoming a warrior and earning an exalted spiritual status does not entail years of training. 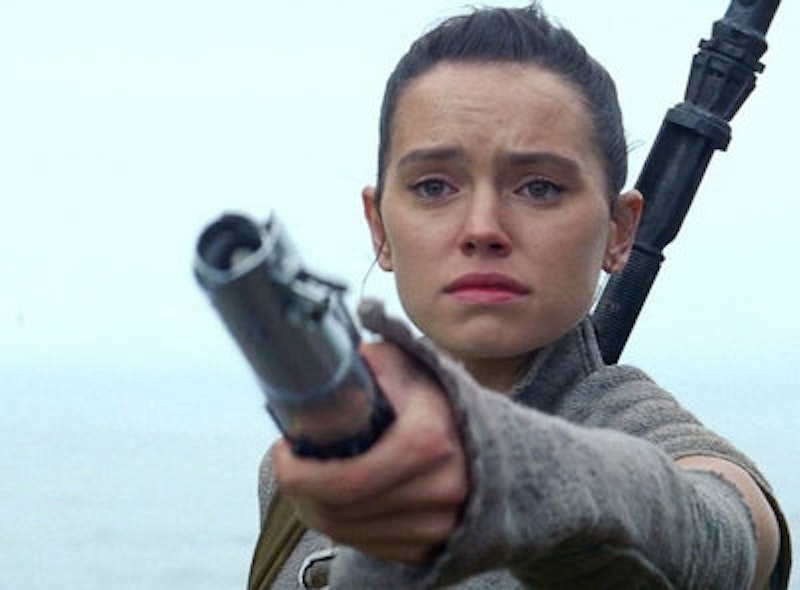 There’s a philosophy that believes a person’s fate is not self-made, but the result of immutable factors such as what’s in the blood.

This philosophy is strong in two places: Nazi Germany and The Last Jedi, the new Star Wars movie. No one associated with this lumbering space opera franchise has figured out that the recent installments make the same argument as Adolph Hitler—i.e., those who fix the universe do so not because of hard-won wisdom, rigorous study, or training, but because they were born that way. Like Hitler, their blood is pure.

With this philosophy, Disney has ruined Star Wars. In their zeal to elevate female hero Rey, the Mickey Mouse Empire has created a character who’s fully-formed in wisdom and ability, a bland social justice Valkyrie with no interesting conflict or darkness. It’s tempting to say she’s like Jesus, but Jesus had to spend 40 days in the desert. Rey just kicks ass.

This latest Star Wars installment, like the others, has interlocking stories. The main arc tells the story of Luke Skywalker (Mark Hamill), Kylo Ren (Adam Driver) and Rey (Daisy Ridley). Kylo is the son of Han Solo and Princess Leia, meaning that his grandfather was supervillain Darth Vader. Rey’s a scrappy scavenger whose parents abandoned her but who has a superabundance of the Force, the energy that holds the universe together. Kylo wants to rule the galaxy. Rey wants to stop him. As part of her plan she seeks help from Luke Skywalker, the original protagonist of the first Star Wars trilogy.

While Star Wars has always taught that while some people are born with a strong sense of the Force, the “energy that binds the universe together,” the ability to successfully use the Force is only achieved after years of contemplation, study and physical training. This was a major point of the original Star Wars trilogy, in which Jedi Master Yoda trained Luke. Yoda gravely warns Luke not to abort his training too early. Sending an unformed Jedi into battle is like landing soldiers without training onto Normandy Beach.

Rey’s loaded with the Force. Nobody can explain why she’s so powerful. Furthermore, she doesn’t need to hone her power with books, physical training, contemplation, and absorbing ancient Jedi wisdom. Like a perfectly-formed snowflake Millennial, Rey has no flaws. One suspects the Force comes to her through a family connection, and that her true parents will be revealed in a future episode.

The Last Jedi contains the saddest scene in any Star Wars film, including the ghastly prequels. Luke Skywalker has isolated himself on a remote island at sea, convinced that the Jedi order has done more harm than good. Tasked with training his nephew Kylo Ren, he fails when he senses darkness in Ren and for a brief moment is tempted to kill him. Luke’s become a coward, something antithetical to his character. In his fear, he decides to burn the original and ancient Jedi texts.

When Luke approaches the chamber where the Jedi texts are stored, Yoda appears. Yoda, one assumes, is there to bring Luke back to his senses—to save the Jedi texts.

Instead, Yoda calls down lightning and burns the texts himself. The Jedi books are not “page-turners,” and besides “everything inside of them is already inside of Rey.”

So becoming a warrior and earning an exalted spiritual status does not entail years of training, study, and trial and error. One is simply born a Jedi. It’s in the blood. Hitler would’ve loved this. “In the end, blood is stronger than any documents of mere paper” he once said. “What ink has written will one day be blotted out by blood.”

The Last Jedi rejects a basic truth: People go through transitional periods to become what they are and those periods can shape and change what they become. This is true of every human, which is why it’s so central to art. Malcolm X went from street hustler to charismatic leader after spending time in prison and reading the entire dictionary. Former Washington Post publisher Katherine Graham, the subject of a new film called The Post, transitioned from an insecure widow to lead one of the most powerful media companies in the world. Every Marvel Comics character—including great villains like Doctor Doom—endures a transitional phase that transforms them, and then grapples with the choices that result from the consequences. In the original Star Wars trilogy, Luke Skywalker was strong with the Force, but it was his training that would determine which way he would fall.

When Yoda ignites the sacred Jedi texts in The Last Jedi, it’s a betrayal of everything he taught Luke Skywalker in the best Star Wars film, The Empire Strikes Back. The lesson of The Last Jedi is that in our post-literate age of Mary Sue feminism and narcissistic self-esteem, there’s no need for books, hard work, or spiritual discipline. Everyone who plays—especially women and minorities, who are exalted by liberals the way Hitler celebrated the volk—gets a light saber trophy.