The movie biz gaveth and tooketh away in 2017. 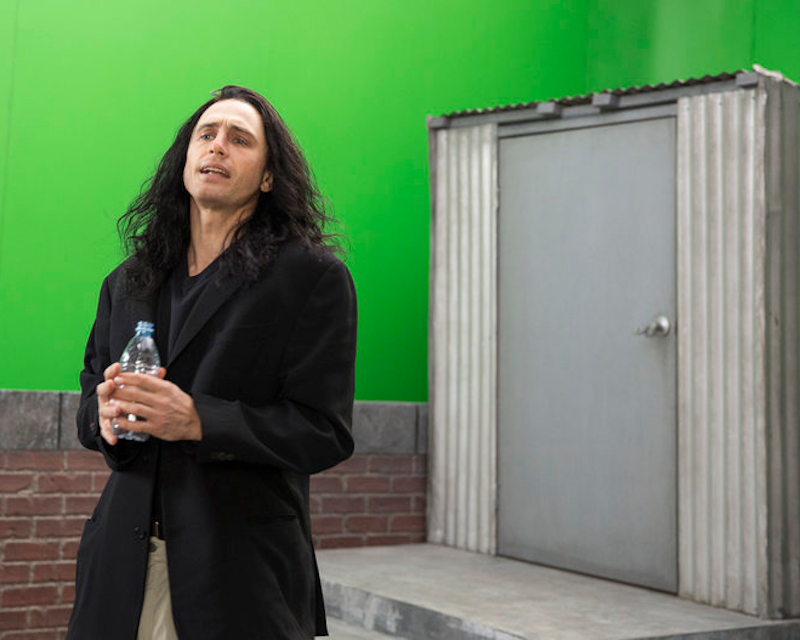 You want movie rankings? Here are major franchises ranked by how many more entries in each I’ll likely see before becoming weary and stopping:

? Star Trek (a Tarantino/Admiral Picard combo might recharge the engines)

That’s about it. I declare every other series over. (I’m not addressing films that for now remain stand-alones but may well blossom into decent series, such as the planned Micronauts movie in 2020 or Dungeons & Dragons movie in 2021.)

Since Smithereens singer Pat DiNizio died last week, one thing I won’t get to see is the Postman-like movie he’d considered making about someone keeping civilization live post-apocalypse via pop culture nostalgia. That would resonate, I think. I will at least strive to remember him—not just as he was in the videos for the Smithereens’ big hits back when he was thinner and healthier but as he was performing in New Jersey living rooms and making a Reform Party run for U.S. Senate from that state. He was widely beloved, and if things had gone a bit differently, maybe he’d be our weirdly populist president now. Instead of talk of the Wall, we could talk of the Wall of Sleep.

Hollywood didn’t seem too concerned about staying in tune with the masses politically and culturally this past year. I’m now almost rooting for next month’s Oscar nominations to include Call Me By Your Name precisely because, after a year of revelations about media figures sexually transgressing with adults and minors alike, it would be fitting if the idiots nominated a film about an adult and a minor in a gay (and Jewish) sexual relationship. Go for it, Hollywood. Make this the absurd cherry atop the grotesque Weinstein/Franken/Moore sundae that was 2017.

Among the many reputations that should by now be in tatters is that of Meryl Streep, a sociopathic monster and overrated actress, called out by Rose McGowan for being a longtime Harvey Weinstein-booster. Streep was also the first to stand and exultantly applaud back when Roman Polanski got an Oscar. The more vile and morals-violating, the better in Streep’s sick mind, apparently. To a certain kind of reverse-psychology liberal, all that matters is that poor Polanski might face extradition to the nasty U.S. What should matter is that he purportedly raped a 10-year-old in addition to drugging that 13-year-old that led to him fleeing to France. By contrast, Streep had nothing nice to say about Margaret Thatcher or Julia Child when she played those roles.

That other sack of leftist crap, Morgan Spurlock, has finally outed himself as an accused rapist and someone who has cheated on every partner he's ever had. Yet liberals thought he seemed like the guy to trust on food and agriculture issues. Wake up. Know-it-alls like Spurlock, not just capitalists, are a problem. Libertarian economist Friedrich Hayek warned of the “employee” mentality—the way that corporate hierarchy, not just government, can lead to the enervation of individual initiative and integrity. I hope the eventual outcome of the recent wave of corruption revelations will be less ass-kissing directed toward the people atop the hierarchy in general, be they CEO, film auteur, cult leader, football coach, priest, Vogue editor, or politician. Drag them all down. Now is the time.

For a movie about the artistic process itself, the obvious choice this year was The Disaster Artist, about the making of the notoriously terrible 2003 Tommy Wiseau drama The Room, not to be confused with two more-acclaimed subsequent films that dared to use the title Room this century (one about a mysterious vision, the other about a captive). Nor should those be confused with the 20th-century absurdist Harold Pinter drama The Room, which in 1957 became Pinter’s first play and, decades later, became a one-hour ABC TV-movie starring Annie Lennox and Donald Pleasance, hard as that now is to imagine.

James Franco, director and star of The Disaster Artist, and by Hollywood standards something of an avant-gardist, hovers somewhere between dopey Wiseau and genius Pinter, as he’s no doubt painfully aware. The comedy and pathos of all artists’ strange struggles is better captured in The Disaster Artist than you might expect. Maybe some experimental theater buff should do a play combining The Room, The Room, Room, and Room. It could work, but no one has yet dared. Fortunately… a dream deferred accumulates… interest.

The big hipster-nerd fusion news this month is that they let Rian Johnson make a Star Wars movie, The Last Jedi. I almost wish it had turned out as weird as The Room (or at least Johnson’s energetic caper film The Brothers Bloom). Wiseau has in fact expressed interest in doing a Star Wars film, but I think we all know deep down inside Star Wars is not going to escape a certain corporate blandness and predictability ever again (the fired original directors of next year’s Solo: A Star Wars Story probably agree). They can’t afford to have anything as unpredictable or glitchy as the rollout for the Battlefront II videogame happen again.

Even the cute little porgs from Last Jedi are probably the result of a very dry corporate meeting. I’d be willing to bet they just said, we want some popular new critters, so let’s stick Pikachu heads on Happy Feet penguin bodies (and as the faltering site Cracked teaches us, there are now some characters who have to appear in every movie).

I have loved Star Wars more than almost anything in this life but should probably stop after Episode IX no matter what they do afterwards. You know they’re going to plug similar things into the same old slots. Republic becomes Rebellion becomes Resistance, and maybe next time around (with directors Disney already trusts such as Johnson or Abrams at the helm) it will be called the Revolution, but it will be another cycle of the same.

The repetitive madness seems all the more poignant when the writers at nerd site BleedingCool continue arguing over exactly how to rank the nine Star Wars films in terms of quality, almost every one of the writers reaching a radically different yet shockingly incorrect conclusion. Human minds vary to a surprising degree, proving all forms of collectivism such as socialism wrong once again. The correct Star Wars quality ranking, of course, is simply: original trilogy on top, prequels (especially Phantom Menace) at the bottom, more recent stuff in the middle. The rest is details.

The Last Jedi cast wants Abrams to put Lando in Episode IX in 2019, but the best use of Lando would be to have him do everyone else’s eulogies in next year’s Solo. Then the film’s whole story of Lando meeting Han could be a sad flashback, which would be apt on many levels. I’m available to consult on franchise maintenance of all kinds.