Film Review: Star Wars: The Last Jedi Is a Triumph

The beating heart of the film is Mark Hamill. A 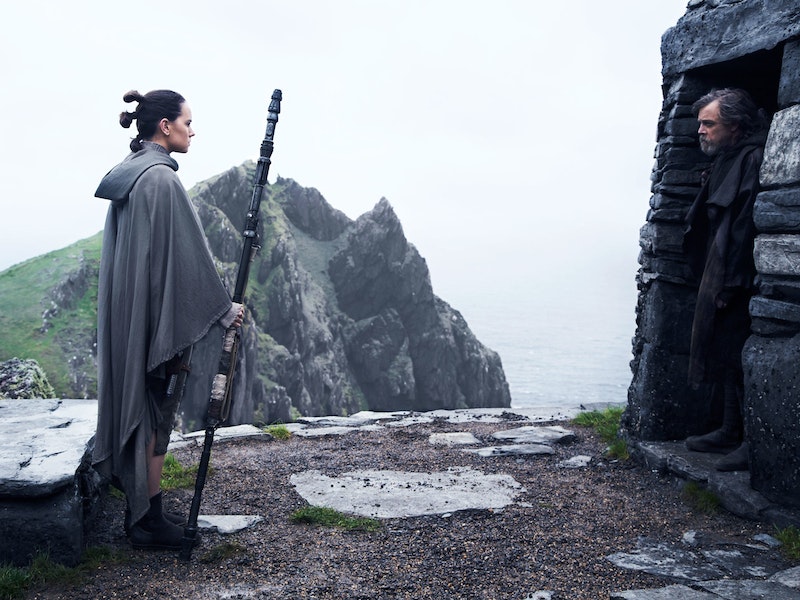 When the Star Wars franchise returned to screens two years ago with The Force Awakens, a consensus soon emerged about J.J. Abrams’ film: It was exciting, with some great moments, and a huge improvement over George Lucas’ misbegotten prequels. But at the same time, it felt like a beat-for-beat remake of the original 1977 Star Wars. I like the movie a lot, it’s far superior to the prequels and it holds up well on repeat viewings, but yes: it follows the A New Hope template almost to a fault.

And that’s part of why director Rian Johnson’s second film in the sequel trilogy, The Last Jedi, is a triumph. It takes the number of amazing moments from Force Awakens and multiplies it by a factor of two or three. It demonstrates an understanding of the Star Wars universe and its appeal, while also taking it into wonderful new directions. It skillfully combines old characters and new, while juggling a notably huge cast. Diehards will find things to love, as will little kids who play with toys. And best of all, it gives us things we’ve been waiting decades to see.

The Last Jedi shares a few structural traits with The Empire Strikes Back, starting with an overall sense of doom and gloom and the bad guys seemingly having the upper hand. But at the same time, it transcends what came before. This is a great film.

The Last Jedi picks up immediately after the events of The Force Awakens, within the very familiar galactic civil war between the successors of the Rebel Alliance (“The Resistance”) and the Empire (“the First Order”). Young heroine Rey (Daisy Ridley) is on a distant planet, seeking to engage the legendary, long-missing Luke Skywalker (Mark Hamill). Meanwhile, the tantrum-prone bad guy Kylo Ren (Adam Driver) battles his allies, enemies, and himself, as the two sides in the war engage in a series of epic space battles.

Without revealing too much, I can say this: There is much consideration of legacies, destinies, the shadows of the past, and other frequent themes of the Star Wars saga. There’s equal parts humor, action, and visual highlights. The plot is probably the most twisted of any Star Wars movie to date. And there are some really special moments, including one that drew audible calls of “holy shit” from a large portion of my preview audience.

The beating heart of the film, though, is Hamill, playing Luke Skywalker for, if you don’t count his brief, silent, Force Awakens cameo, the first time since The Return of the Jedi in 1983. Hamill plays Luke as bitter older man, scarred by the past; he’s clearly aged into a similar character as Alec Guinness’ Obi Wan Kenobi at the time of the first film. It’s a tremendous, lived-in performance; a lot of people used to mock the young Hamill’s acting, but he’s a confident, assured performer.

It’s also, somewhat poignantly, the final screen performance by Carrie Fisher, to whom the film is dedicated. She gets a couple of fine moments herself, including one in which she’s beautifully, eerily floating through space.

As for the younger characters let us praise the casting of these films, as there’s not a single Hayden Christiansen among any of the principals. Driver perfectly captures the vulnerability of this most unique of villains, while Ridley acquits herself just as well as in the first film. Of the new characters, the standout is Kelly Marie Tran as Rose, a Resistance member with a tragic backstory.

Johnson, who also wrote the script, shows himself the most capable of the directors to take the Star Wars mantle in the Disney era; he’s also, it’s worth noting, one of the few not fired or replaced at any phrase of the production, and he’s reportedly being entrusted with more Star Wars films in the future. You can tell this is a movie he’s waited much of his life to make, and he doesn’t blow his opportunity.

Oddly enough, I’ve never especially admired Johnson’s previous films, Brick, The Brothers Bloom and Looper; I thought all of them significantly overrated, although Johnson did direct some of the greatest episodes of Breaking Bad, including the legendary final season installment “Ozymandias.”