The Great White Trophy in the Marvel Movie 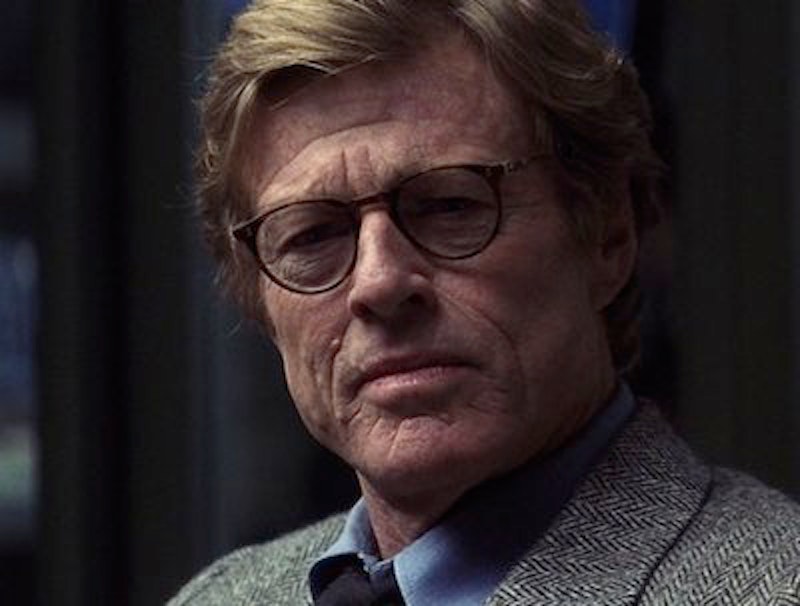 That’s Robert Redford. Like Michael Douglas (Ant-Man), William Hurt (The Incredible Hulk) or Jeff Bridges (Iron Man), he’s available for use as a grizzled white trophy by Marvel Entertainment. I had no idea. I don’t keep up with these movies; catching them on Netflix is more my style. I started Captain America: The Winter Soldier and wondered if that could be him. Sure, Marvel spends big money, but has its empire reached so far? I figured no. I figured I was grasping for signs of time’s passage and the messing about of boundaries. But I looked at IMDB, and yes, Secretary Pierce was Robert Redford.

To my mind, Redford in a Marvel movie is like Ronald Reagan, as an ex-president, renting himself to the Fujisankei Communications Group for $2 million. Superheroes, as a force in the movies, can rent the greatest of the old-line star-auteurs. In 1989 it felt like a power shift when Japan hired Reagan for meet-and-greets. The leasing of Redford for suit-wearing purposes (villains in Marvel movies wear suits and walk importantly) signals the rising of the superheroes’ sun in Hollywood.

Did Redford ever see that coming? I bet when the first Superman came out, Redford foresaw no future for himself in any superhero movie. But the future showed up anyway. In my view it’s a comedown. Not for Redford, necessarily, since Winter Soldier is a class vehicle and he’s got a big part. But for prestige itself. Like class is not as classy as it used to be; now it involves superheroes. Suppose you’re an old fellow who shows up at the office and everyone is wearing pajamas with feet. They treat you all right, they call you sir, but you feel a bit silly. You’re being taken seriously by people who have pajamas with feet. That’s the situation of Redford as he says “As difficult as this is to accept, Captain America is a fugitive from SHIELD."

Redford still dyes his hair. That’s the clue that told me who it was. The Ruffles potato chip of a face against the crest of gold—the crests of gold, really, because Redford’s hair is like an accumulation of forelocks, all of them prominent and well-cared for. Any section of his hair could rush forward and stand duty on his forehead; some would be better than others, but they’d all be ready. Meanwhile, his features look out, deft and ironic, from skin that’s rutted like a gully bed. He was impossibly beautiful for so long, but not since 1990 or so.

Now Redford’s on his last legs. Watch him pace in front of the high council and he steps carefully. His body appears to be delivering a load when he shifts weight from one leg to the other; it’s a small load, but hip seems to hand off to hip as he settles into place. His performance suffers too, though in just one way: when talking to CGI, he seems stilted. This problem recurs in the film, since the high council (all right, the World Security Council) is made up of holograms. “Are you calling for my resignation?” Redford demands, wheeling to face his questioners. “I’ve got a pen and paper right here.” He sounds silly, which is a first in his career.

The council members wear suits too. But because the members are holograms, they flicker. This flicker takes the form of pale horizontal bars that straggle up the members’ suit fronts. Violet and a dingy cobalt blue crawl between the bars, though not when you look head on. Also, the bars are skinny but different widths, and sometimes their widths seem to change. This flicker is a new, elaborate and plausible form of bad transmission, and the makers of Captain America: The Winter Soldier commissioned it to add a touch to their film, to flesh out the details. That’s class in movie terms. The flicker is a class effect and so is Robert Redford.