Exploiting your own children for dubious performance art in The Family Fang. 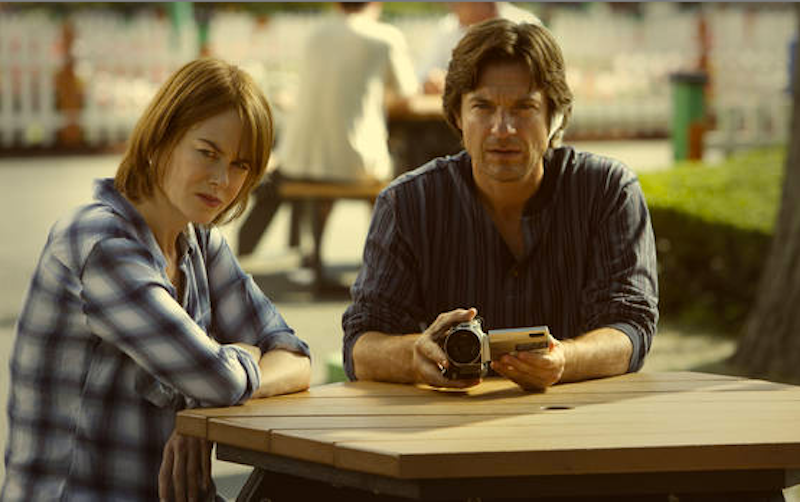 Art is hard. But sometimes it’s not worth it. Especially not when your family is involved. It’s one thing if you’re a musician or an actor and constantly traveling and maybe cheating too: at least the kids can grow up to resent you for your absence rather than your actions. The Family Fang is perhaps the most powerful indictment of performance artists and the fine art world that I’ve ever seen. John Lennon threw his cats around the Dakota and hit Cynthia over the head and never paid attention to Julian, but it doesn’t matter because he wrote “Strawberry Fields Forever” and “Across the Universe.” In all seriousness. The contributions of people like Pablo Picasso, John Wayne, Frank Sinatra, and David Bowie outweigh whatever personal malfeasances they may have committed while they were alive. Separate the art from the artist: Lennon the man is irrelevant because he no longer exists; he’s a symbol. He gave us music that translates across all boundaries and goes beyond comfort.

Can the same be said of performance artists? No. I swear I didn’t plan this to coincide with the anniversary of Chris Burden’s death, but at least he made himself the sole subject of his pieces. The Family Fang is an incredibly upsetting movie about a performance artist mother and father team who force their young children to perform in “planned scenes” with them: robbing banks, busking in the park, burying their son in sand at the beach. Exploitative, but innocent enough at first. But the extent to which they go to disrupt and alter the reality of their children’s lives is infuriating, especially because the art they’re making is so exclusive and elitist. They specifically set out to cause scenes and confuse people, but to what end? What does it reveal about humanity that they’d be confused and shocked by a young child licking blood off the ground at a bank robbery?

The kids, played by Jason Bateman and Nicole Kidman, grow up full of resentment and unresolved and complicated feelings toward their parents. They rightfully feel used and abused, and their parents (played by Christopher Walken and Maryann Plunkett) do that thing where, whenever questioned of past neglect or harmful behavior, well they suddenly have amnesia. They gaslight their own kids and make them feel like the crazy ones, and when they initiate their last planned major “scene”—faking their own death—Kidman’s character is sucked into figuring it out while Bateman is more resigned, knowing it’s all a hoax and just letting them be. I don’t know what it was, but this was one of the most viscerally upsetting movies I’ve ever seen.

I cry at the movies every now and then, but not often more than a single shining tear down my cheek. I was sobbing at the end of The Family Fang, completely furious and hit in a way that I wasn’t expecting. The kids’ search for their parents isn’t played out like some murder mystery—it’s all very muted and sad, and is portrayed like real life. In their final confrontation, it’s like talking to a brick wall, and no one wins. It made me furious and confused, how could these people do this to their children? A song might be worth some collateral damage along the way. But not something that’s going to live and die in Artforum.