Should we let Zach Braff off the hook for creating the modern “fake deep” movie? 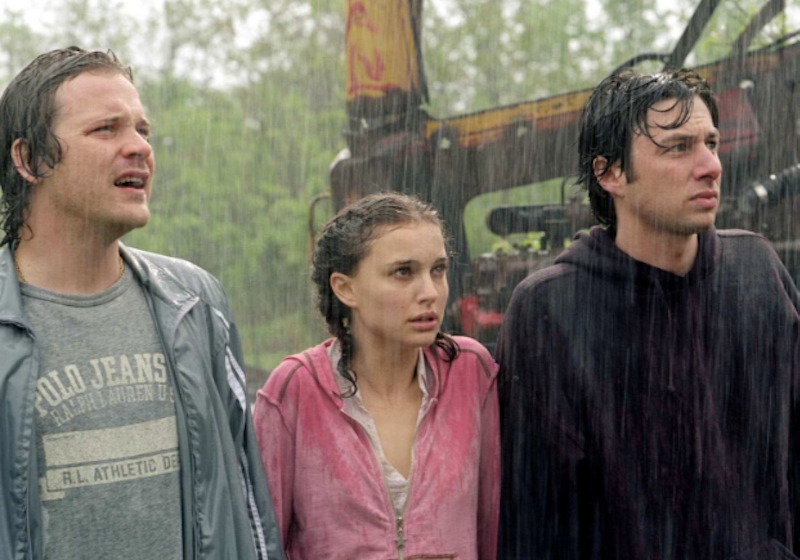 Zach Braff deserves credit for making Garden State and giving us the prototypical “fake deep” movie, full of manic pixie dream girls, epiphany core music, and pathos for people who are really doing just fine. The modern pretentious creative writing MFA workshop movie has a patient zero with Garden State—Natalie Portman is “embarrassed” for helping introduce the world to manic pixie dream girls. Jesse David Fox wrote an excellent piece for Vulture three years ago, an examination of the sad boy trend it inspired in the decade that followed and a defense of the movie itself: “[Garden State has] become a symbol for its blend of quirky, twee, morose, earnest, precious hipsterness, and it's resented for it. We've confused its influence for cliché.” I liked Garden State at the time (I was 11), and haven’t seen it since, but maybe Fox has a point: you can’t blame Nirvana for Sixpence None the Richer, but calling Garden State the Nirvana of anything is absurd. I will say, the opening scene on the plane is still remarkable (I just watched it again on YouTube).

But beyond overmedicated sad boys and the manic pixie dream girls that save them, Braff’s movie has had an even more pernicious effect on young screenwriters. I saw a movie called Demolition a couple of weeks ago that must’ve been at the end of its run. My girlfriend and I were the only ones in a theater on a Wednesday night. There was a planned power outage in our neighborhood, and my brother said it was worth seeing, not fantastic, but better than lighting candles and sitting in the dark. So we saw it, clearly written by a recent grad of some prestigious writing program, probably Iowa, but no—Bryan Sipe is 38 and a self-described former “Jersey Shore guy,” and the “breakthrough script” for Demolition came after years and years of toil. “As a teen, Sipe often did demolition, working for his father’s building company. ‘It was really lonely work. You feel so disconnected and you see this debris around you, and that’s what my life felt like at the time.’”

The movie follows Jake Gyllenhaal as he struggles to feel much of anything after his wife is killed in a car accident and he escapes unscathed. The story’s familiar: he writes letters to a vending machine company and meets a depressed, lonely customer service rep played by Naomi Watts, they do “the thing” (they don’t fuck), and Gyllenhaal’s character learns a lot from her, and her teenage son who is questioning his sexuality. It’s all a bit unnecessary, but what’s mind-bending about Demolition is that Dan Deacon’s “Drinking Out of Cups” not only appears throughout the film, but it is the main totem of the relationship with his dead wife. The last words she ever says are “Not my chair, not my problem, that’s what I say—” and then Gyllenhaal screams and she’s T-boned and killed instantly. Deacon’s Long Island impression soundtracking a muted TV pops up throughout the movie, and especially in flashbacks: the couple watch the video repeatedly, and at the end, we see a memory of his wife picking Gyllenhaal up at the airport with a sign reading “Mr. Seahorse Sea Captain.” It’s distressing that after nearly a dozen albums, world tours, writing orchestral pieces, and scoring a film by Francis Ford Coppola, “Drinking Out of Cups” has the deepest cultural penetration of anything that Deacon has done. Whoa, dude.

Back to the sad boys soundtracked by epiphany core: while Demolition was dumb but good fun, Louder Than Bombs is a true misery in the same vein. Focusing on a highly dysfunctional family of four, all shitheads in their own way, Louder Than Bombs is tortuous viewing, full of clichés (a father unable to communicate with his moody teenage son, boring infidelity, Jesse Eisenberg), and the exact sort of fantastical flights of fancy directly descended from that opening plane scene in Garden State. That same sullen teen, well, turns out he’s pretty good at creative writing, and he wants to woo a girl in his class who doesn’t even know his name by giving her a packet of his stories. Never mind the fact that he looks like a serial killer in waiting (I was waiting for him to shoot up his school toward the end, but the most he does is spit in the face of a teacher that his dad’s sleeping with), but even his brother, played by the always odious Eisenberg, is dismissive of his chances with the girl, totally dismantling his hopes and insisting that she’s out of his league. Oh, please! If Zach Braff should be blamed for anything, it’s not Natalie Portman’s character, it’s dross like this.