The Golden Age of Cartoons

And now what's next? 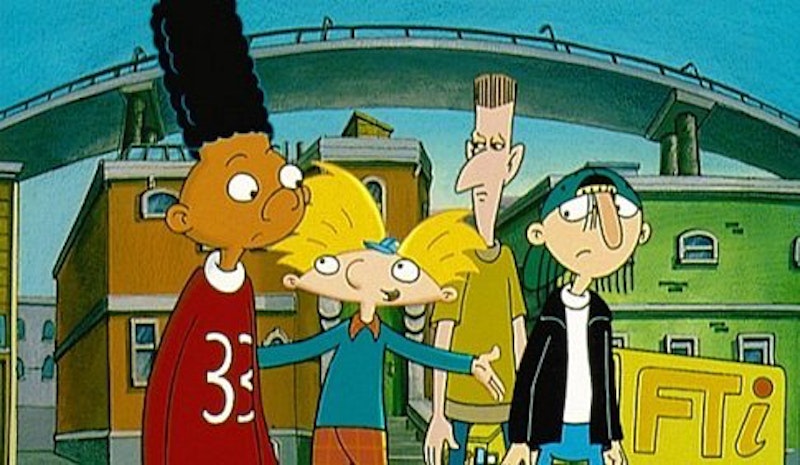 At one time, Nickelodeon and Cartoon Network were known for airing quality programming that appealed to both children and adults. Hey Arnold!, Rugrats, Doug, The Angry Beavers, Dexter’s Laboratory and Johnny Bravo were all commercial and critical successes. Now only Disney Channel features a cartoon worth watching, Phineas and Ferb, which is a throwback to the Golden Age.

Invoking “Golden Age” may be a little dramatic, as not everything produced in the 1990s and early 00s was a classic, but it’s certainly fitting in comparison to the garbage that’s produced today. Before Phineas and Ferb was greenlit, Disney went through nearly two cartoons a year, each one worse than the last, and each one getting cancelled faster. Unmemorable flops, like Dave the Barbarian or Catscratch, are what made people forget about the clever and well-made triumphs that dominated weekday afternoon programming. The Weekenders, in particular, stands out.

Short-lived, with a final episode count at 39, The Weekenders succeeded critically because of its likeable characters and strong writing. Every episode usually included at least quotable line that could stick in your head for days, getting funnier with each mental recitation. Unlike most cartoons, the wardrobes of the main cast—Tino, Carver, Tish, and Lor—were in a constant cycle. The show’s premise revolved around this group of friends and what they did on the weekend, which generally meant eating pizza, shooting pool, and going to the mall. Simple enough, but this cartoon proved that funny characters with good chemistry are a suitable replacement for an eye-catching plot. Tino’s mom, a source of advice for the kids, churned out the moral or lesson in every episode, but did it with enough humor and wittiness to not sound preachy.

Another Disney Series, Recess, is better remembered because of its popularity and longevity. Focusing on a group of fourth graders during a regular school day, Recess presented the playground as a political hierarchy that was divided into cliques, with King Bob at the top. Different personalities were spread across the blacktop, including the Diggers, who as their name implies, dig. Unlike regular kids, however, who enjoy moving dirt around in the sandbox, the Diggers make intricate holes and tunnels that snake through the building’s foundation with tools that aren’t allowed in a school. Swinger Girl, another supporting character, is always seen wearing a 1930s style, Amelia Earhart-like aviation suit while hogging the swing set. Guru Kid offers his peers cryptic advice while wearing his t-shirt on his head, turban-style and Upside-Down Girl, mainly seen in the background, is always hanging on monkey bars, feet first. Recess breaks the realm of plausibility enough to make the show more colorful without becoming completely unrealistic.