The Flip-Side of Satan

Neither a life of eternal suffering or a monstrous death can dominate in the end. 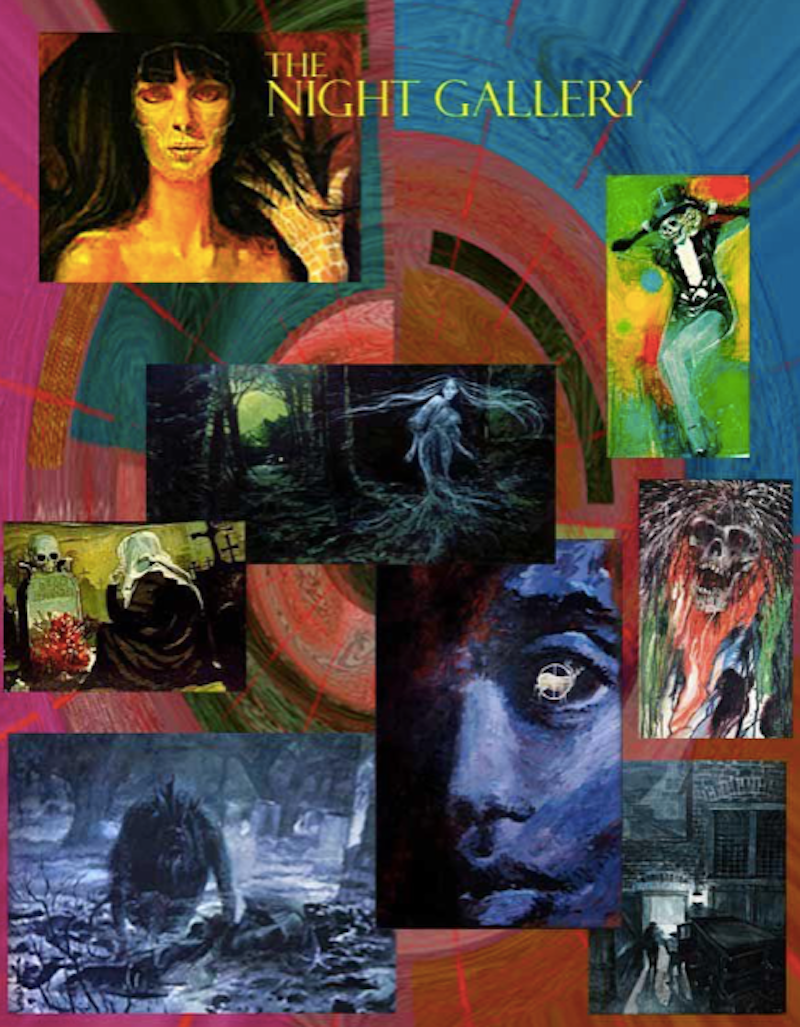 Paranoia, guilt, Satanism, psychological torture, infidelity, and mass media. Throw it all into blender and you get “The Flip-Side Of Satan.” This 1971 vignette was originally broadcast as part of Rod Serling’s NBC TV series The Night Gallery. An early artifact of the Satanic panic that plagued the pop music industry throughout the late-20th century, “Flip-Side…” reflected the concurrent fears of technology, social upheaval, and economic tensions with the breadth of McLuhan and the emotional overdrive of a Bible-thumping Baptist preacher.

This segment was based on a story by Hal Dresner and co-scripted by Jerald Freedman and Dark Shadows writer Malcolm Marmorstein. In addition to “Flip-Side,” Marmorstein also wrote “Will The Real Jesus Christ Please Stand Up?” This was a (now lost) 1964 episode of the TV series Directions, a public service program similar to Insight that was co-produced by ABC and The Jewish Theological Seminary. The episode was about a group of amateur hacks auditioning for the starring role on a TV show about Jesus. With narcissistic actors making fools of themselves while dressed as the son of God, the program was subversive enough to merit New York Times coverage. Its irreverent portrayal of the entertainment industry predicted the tone of Marmorstein’s Night Gallery work.

“The Flip-Side Of Satan” tells the story of J.J. Wilson, a shady East Coast radio DJ who takes a job at a desolate California radio station after abruptly cutting off a secret affair with his manager’s wife. The DJ is played to the obnoxious hilt by Laugh-In regular Artie Johnson; it’s one of the most ironic/Tarantino-esque casting choices of the 1970s. A series of poetic, hallucinatory sequences illustrate the consequences of Wilson’s reckless behavior. These are the only scenes in the segment that feature actors other than Johnson. A masochistic tour de force comes from an un-credited young actress who looks a bit like Susan Saint James; she plays the restless spirit of the spurned lover. Lucifer’s represented by the gigantic floating transparent head of an unknown elderly performer. Both ethereal beings sabotage J.J.’s psychedelic radio show.

Supernatural imagery, Satanic incantations, and inhuman noise music (composed by John Lewis and Animal Collective favorite Gil Melle) are the primary sources of horror and action. A brief telephone call shared by the DJ and his manager spotlights the cold utilitarian connection that J.J. Wilson has with other human beings. His emotional problems gradually become central as he struggles with the Satanic beings for control over the airwaves.

Broadcast media itself emerges as the only victor in this confrontation. Neither a life of eternal suffering or a monstrous death can dominate in the end. The physical power of modern media’s transmission and the cultural power of its context combine to overwhelm the DJ. Opinions on the nature of Wilson’s strange reckoning (whether or not he lives through it or dies as a result) will differ from one viewer to the next. By turning this into an open-ended plot point, "The Flip-Side Of Satan" became one of the first major television programs to focus on electronic immortality and its consequences.