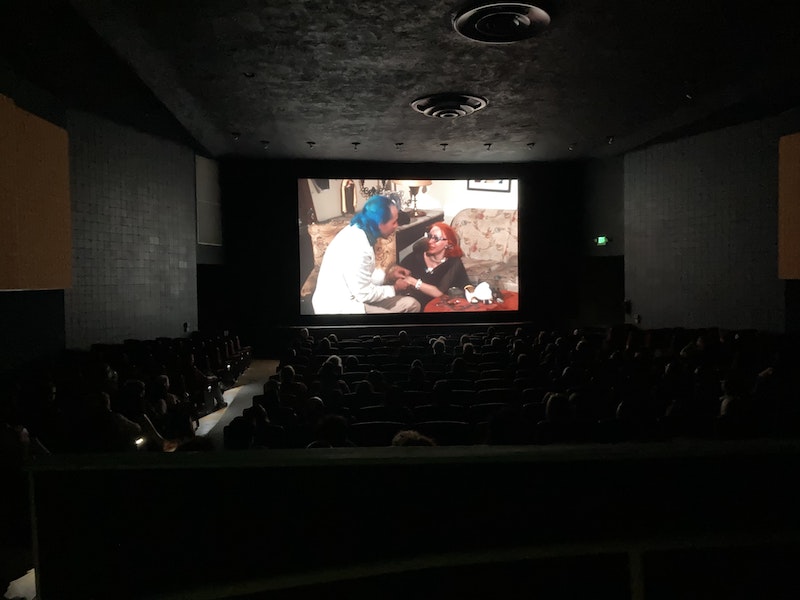 I wish John Waters would make another movie, but at least he’s not an unproductive recluse. For more than a decade, he’s been writing books, touring, making media appearances, hitchhiking across America, and supervising the restoration and re-release of all of his movies by the Criterion Collection. They’ve gotten as far as Polyester, and although Hairspray is showing this week among the Charles Theater’s “Filthiest Films Ever Made” series, I’m not sure if it’s a new restoration or not. At 76, Waters is living out his legacy and experiencing it rather than hoping for a posthumous boost or revival; he’s been an internationally known filmmaker since Pink Flamingos was released 50 years ago, and his stature only grows with time and our particular cultural shift at the moment, but every artist gets a bump when they die. Why wait?

Rather than risk a disappointing final feature (or self-producing/crowd-funding his cancelled 2007 animated Christmas kids movie Fruitcake), Waters has rolled out his 1970s classics (including with the previously hard-to-find Multiple Maniacs) and introducing them to new generations. I saw the restoration of Multiple Maniacs at the Charles in September 2016, and when Waters was answering questions afterwards, someone asked if he thought this film was still relevant in a new era of social change, including Black Lives Matter. Waters said something to the effect that the unrest of the late-1960s was a lot more violent and extreme than BLM activists at the time, but six years later, we do feel closer to 1968, if not there yet.

Monday was the first night in a week of “The Filthiest Films Ever Made,” and Pink Flamingos was first at seven p.m. A packed crowd with a mix of young, old, and older, and as the trailer for the series played, along with Waters’ classic “No Smoking” message, everyone was laughing and happy. That mood maintained through the first 20 minutes of the film, and as soon as it reached the first basement “baby ring” scene, the room went dead. Right after that was the chicken slaughter rape scene, and from then on, a current of electric disgust filled the room. Even the most relatively “bay-null” scenes with Mink Stole and David Lochary weren’t getting the generous laughs they got in the beginning. Despite Waters’ reputation as one of the most irreverent and free filmmakers alive, years and years of Broadway musicals and funny television interviews make it easy to forget how extreme and transgressive his most famous film actually is.

Unlike the “homemade Technicolor” of the rest of the movie, everything in the basement and the rape scene are drained of color and lacking the upbeat 1950s rock songs through the rest of the film. It reminded me of Schoolgirls in Chains, one of the most powerful and disturbing movies I’ve ever seen—and released just a year after Pink Flamingos. Shot in Berkeley, I wonder how much that crew were influenced by Waters’ breakthrough—there’s no doubt in my mind they saw it, and if it was a conscious influence, what a strand to take from a film otherwise known for one particular moment right at the end. There was little genuine surprise in the audience when Divine ate dog shit, everyone knows about it, even if they haven’t seen it. The singing asshole and the incest scene (“Do my balls, mama!”) are another story.

I was overjoyed to see Pink Flamingos 50 years on with a packed crowd who were audibly scandalized. It remains one of the most important films of the 20th century; as writer Craig Keller put it, “the freest film ever made,” a timeless transgressive classic that only gets sharper and more intense with age. Pink Flamingos is not a hateful or bigoted film, just disgusting and shocking. Still!