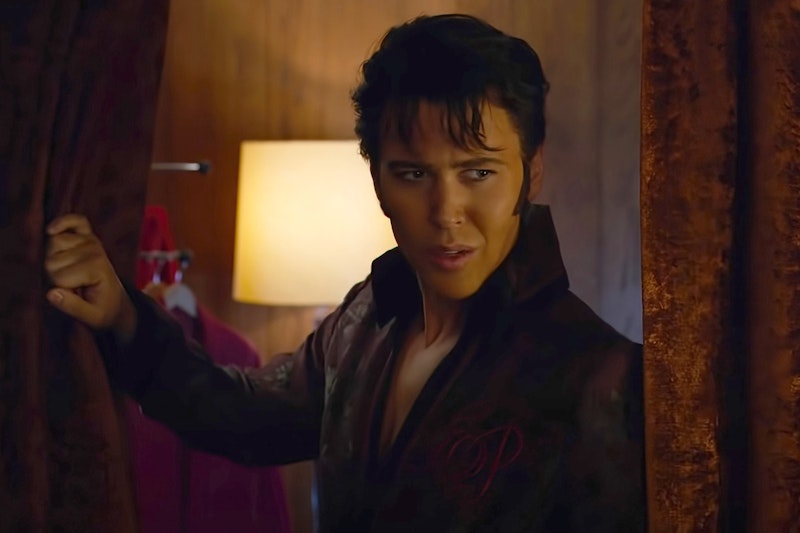 I don’t know how many Boomers also couldn’t stand Elvis’ music, but while the stereo cabinet loaded with vinyl in our living room was heavy on Johnny Mathis (why, Mom?), disco, and musicals, there was nary an Elvis album to be found. This lack of exposure to the “King” left me with a pop-culturally embarrassing sub-par knowledge of Elvis trivia. (And less embarrassing abilities to sing the next line should Rodgers and Hammerstein musical or Earth Wind and Fire moments arise.)

I headed to the Baz Luhrmann Elvis biopic having heard about how cool it was from my 19-year-old daughter who saw it at a Maryland drive-in movie theater. She said she loved the Austin Butler portrayal and the way modern music by Doja Cat, Eminem, Stevie Nicks and other artists was blended in, not to mention the well-blended vocals featuring Elvis Presley and Butler.

I enjoyed the movie too; spending most of it in a constant state of wonder at how much I was learning about the history of Elvis; I had no idea about his early life, especially his r & b influence with icons like Sister Rosetta Tharpe, Little Richard, Chuck Berry and many more. I was fascinated to learn especially about how he was shamed, nearly arrested and ultimately sent to the military for his dance moves. I didn’t know about the racism around this and the puritanical approach to its controversy. Why would I? It wasn’t something we learned in (cough) Catholic school (cough) and as someone born in 1969, I didn’t live through it. The film was an education and had me sitting in a theater mouthing the words “that actually happened?” over and over.

The portrayal of Presley’s controversial manager Colonel Tom Parker by the nearly-unrecognizable Tom Hanks was excellent and another part of history I didn’t know. I thought Luhrmann’s choice to have Parker narrate the film was interesting, since the manager can easily be seen (in both real life and cinematically) as the story’s villain.

It was similar learning more about Freddie Mercury through seeing Bohemian Rhapsody and Elton John in Rocketman—as with those films, my favorite parts were the musical performances, but how tragic it is to learn that these artists gave so much of themselves at so high a cost.