Visions of Slime, Smog and Bombs

Gloom-ridden movies about past and future. 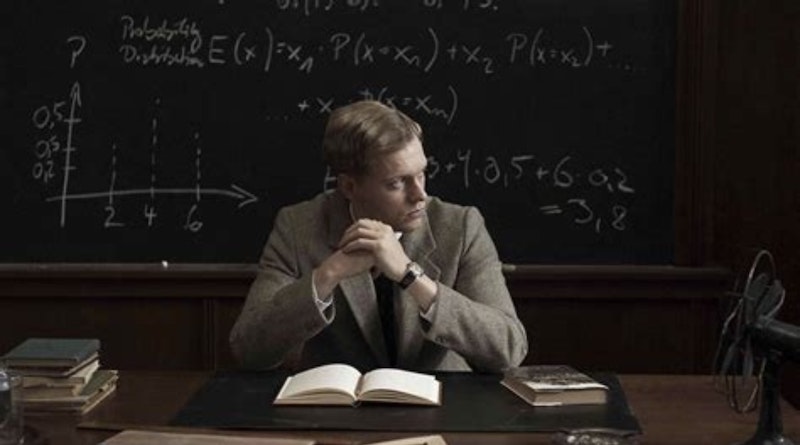 Home alone with Covid, my thoughts turned to green slime. I purchased Rubikon on streaming-TV, an Austrian film about a handful of people on a space station during a global catastrophe. It’s 2056, and “corporate governments” rule the polluted Earth; the rich seek refuge in air-filtered bubbles. However, a noxious brown smog spreads across the planet, killing vast numbers. Scientists on the “Rubikon” station have developed an algae-based system that could clean up the atmosphere, and the question becomes whether to preserve themselves, including an unborn baby, or undertake some risky way of delivering the algae to Earth.

I missed a lot of details, as the slow-paced movie barely held my attention. I’ve long been interested in algae, though. Over a decade ago, I was working at Scientific American’s Manhattan office when some people stopped by in a car called “Algaeus,” powered by algae biofuel; one of my colleagues took it for a spin. Even since, I’ve been intrigued by the prospect that these aquatic, photosynthetic organisms of the kingdom Protista will play a key role in remediating climate disruption. One can imagine a carbon-negative fuel, perhaps with a do-it-yourself option for production in a backyard pond. How would the political coalitions line up over that? In any case, it remains an unrealized technological dream.

Some of my other film selections were worse. Adventures of a Mathematician was a surprising dud, considering the dramatic potential of the events and personalities involved. It’s based on a memoir by Polish-American mathematician Stanislaw Ulam, who worked on the Manhattan Project and, despite qualms about what he was doing, helped develop the hydrogen bomb in a project headed by cantankerous physicist Edward Teller. Ulamwas a friend of the polymath John von Neumann, a complex and pivotal figure in world history, depicted here as little more than a nice guy who helps his friend get a job. In an inexplicable scene, we’re told it’s 1949 as Ulam visits von Neumann in the hospital, but the latter’s cancer wasn’t diagnosed until 1955.

Then there’s Wolf Hound, a World War II movie that embeds impressive aerial scenes and a kernel of historical truth into a ridiculous script. The Luftwaffe had a unit called KG-200 that sometimes flew captured Allied aircraft, including a B-17 known as “Wulfe Hund.” In this story, the Nazis aim to fly this bomber over London with a super-weapon that can destroy an entire city, though it’s presumably not the atomic bomb thatGermany failed to develop. However, a shot-down American pilot launches a Rambo-liked assault, freeing a diverse group of POWs to fight alongside him amid explosions and machine-gun fire. Fortunately, many of their captors seem to stand around waiting to be blown through the air. It’s the kind of movie where a muscular Nazi officer strips to his sleeveless T-shirt and screams, “You think you vin? I vin!”

Sometimes I wonder what filmmakers are thinking. The creators of Wolf Hound took the trouble to film vintage aircraft in action, but perhaps concluded the audience wouldn’t be interested unless the story was over-the-top and lacking any real gravity. Rubikon takes an opposite spin, turning a sweeping apocalyptic premise into a tedious talkfest. Adventures of a Mathematicianstunned me when I realized it was over and its potential had been squandered.

I knew I wanted my money back almost as soon as Rubikonbegan, with the screen title stating it was 2056. That was too soon, it seemed to me, for the world to have transformed as described—with all existing governments gone, and the rich living in literal bubbles. The world’s changing fast, and humanity’s ability to deploy powerful technologies with wisdom is ever in doubt. Still, those who hold to a dream of full corporate freedom unimpeded by environmental regulation may need some radical life-extension if they’re to live in their desired dystopia.