The Gray Man, despite costing $200 million to make, is just another poorly made Netflix original. 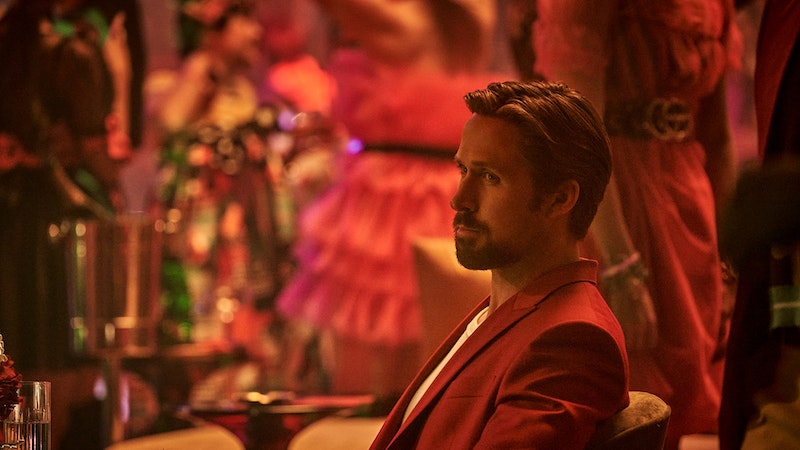 The Gray Man is the most expensive film made by Netflix, with a reported price tag of over $200 million. That money covered the salaries of a couple of A-list actors, a lavish travel and location budget, and a lot of explosives. What a waste. The Gray Man is a failure that exemplifies every bad trend in action filmmaking of the last 15 years, in the tradition of past Netflix blockbuster crap like Red Notice. That begins with a butt-ugly visual style in which almost everything is underlit, action blowout sequences that have no spatial continuity, and a plot that's unoriginal and silly.

The film was directed by Joe and Anthony Russo, best known for directing some of the most acclaimed Marvel films, including Avengers: Endgame. But the clear auteur of those movies is executive Kevin Feige, more than any director, and the Russos appear lost outside of the Marvel stable, between the misbegotten drug movie Cherry, and now The Gray Man. (Endgame, for what it's worth, cost nearly twice as much as The Gray Man.)

Adapted from a series of novels of the same name by Mark Greaney, The Gray Man stars Ryan Gosling as "Six," who was part of a secret CIA program to parole convicted murderers and train them as assassins, under the tutelage of his veteran handler (Billy Bob Thornton.) The program has gone awry, and its head honcho (Bridgerton's Regé-Jean Page) wants Six dead. To do so, he's retained Lloyd Hansen (Chris Evans), a psychopathic ex-spy who has carte blanche to do whatever he wants because he's a CIA sub-contractor, and not an agent. Ana de Armas helps out the hero, in an extended version of her part in the James Bond movie earlier this year.

The action jumps all over the globe, as hero and villain try to kill each other; there's also a MacGuffin, in the form of a thumb drive containing all of the CIA's worst secrets, and a hostage, Thornton's niece (Once Upon a Time in Hollywood's Julia Butters). An over-written character, she's an orphan who has a heart condition, but she's a Magic Pixie Dream Hostage, the only modern-day 12-year-old I've ever heard of who favors Polaroid cameras and has a record collection. Every major element in this film is lifted from the Bourne Identity movies, from shaky-cam-plagued fight scenes to never-ending hopscotching among world capitals to CIA-related intrigue to the clear intention that this movie will have many sequels. I was surprised the film didn't end with Gosling popping up in a body of water as Moby's "Extreme Ways" plays.

There's no overstating how terrible this movie’s action scenes are. It's the usual Bourne hand-to-hand combat, shot almost entirely with hand-held cameras that whiz around everywhere. Almost every action scene has something else going on in the background, whether it's flashing lights, clouds or fireworks to make the action even more incomprehensible. There're drone shots too, but they're mostly used in between action scenes, and Michael Bay did that a lot better earlier this year in Ambulance.

In what should be the movie's centerpiece action sequence, Gosling is handcuffed in a town square in Vienna, as multiple teams are sent to kill him. It should be clear what's going on, but the filmmakers make it impossible to follow. The CIA material is presented in a half-assed way; this isn't a film that cares about anything sociopolitical. There are multiple references to the co-conspirators having gone to Harvard, leading me to think the source material may have had something to say about the WASP establishment and its control of the intelligence committee, but the movie barely scratches the surface.

Gosling returns from a four-year hiatus, for his first starring role since 2018's First Man. He's fine, but I still prefer him as an action hero in a more cerebral film like 2011’s Drive. And while I normally enjoy Chris Evan in smirking-jerk mode, as in Knives Out, here he's playing such a ridiculous character that it doesn't work. A guy like him should at least be competent, but all we see him do is fail. Gosling and Evans also look  about 25 percent more jacked than they typically do. The Indian actor known as  Dhanush is on board as an assassin, although his part appears to be geared towards revving up the film's South Asian box office. There's one clever idea in The Gray Man. That's when the characters arrive at a hospital, which is overrun with casualties from the previous action sequence. That's such an inspired idea that I'm surprised it hasn't been done before. But I'm also wondering what it's doing in this movie.