The Fetishization of Gaga 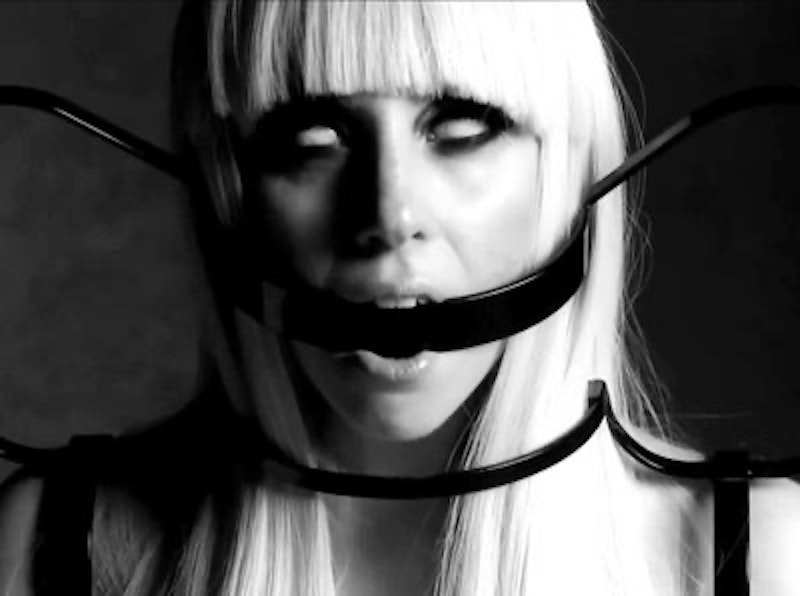 What do vampires, drag queens, fashion shows, junkies, serial killers, and Lady Gaga have in common? Nothing, unless it’s time for a new season of American Horror Story.

I’m as much of an AHS addict as the next train-wreck fan and can’t look away, either. Haven’t missed an episode since season one. Even diehard fans agree the show is a hot mess of bad writing, really bad fake blood, and often terrible acting, but let’s admit we love it anyway and move on, shall we? Because it does have its good points or we wouldn’t still be watching. The gothic campiness and artistry, certain repeating cast members who are really fantastic, the opening music (okay it’s a stretch, but it’s creepy) and other elements of the show keep fans hooked and coming back.

But this season’s massively-hyped appearance of Lady Gaga? Holy bad romance, Batman. I hesitate to speak a word against her high priestess (er, Countess) of all Monsterkind, and with the full recognition that her styling and makeup and clothing and shoes and makeup are flawless, can we just acknowledge that she cannot act?

Maybe it’s the Botox. Maybe it’s the fact that she’s a singer, not an actress. Maybe the directors spend so much time building music video-worthy scenes around her entrances and gowns and soundtracks and close-ups and matching hats and fishnet stockings that by the time they manage to get around to zooming in on her face and she actually says something, she sounds like a fourth grader about to read for the first time from the Lion King script in an audition for “the narrator.” (My friend Kyle described her as constantly displaying Zoolander faces). She looks stunning in her role as vampire-in-chief, and maybe she was born this way, but her damn poker face just won’t move. Maybe this is why the director does so many close-ups of her cool-ass Swarovski-crystal-covered slicer-dicer Michael Jackson glove.

The stylish but boring Gaga is thankfully offset by the talents of the likes of Denis O’Leary as the glorious well-read drag queen bartender Liz Taylor, the intellectual heart of the haunted hotel operation that’s owned by psychotic hotelier Mr. James March (Evan Peters), who we don’t see nearly enough. Kathy Bates is perfect as the front desk clerk (and thank God has lost the horrific Baltimore accent from last season). Sarah Paulson is on point as the whatever-she-is, addict-grim-reaper or something. I hope as the season goes on we get to see more of Angela Bassett, not only because the flashback scene of her as a disco queen was phenomenal, but also because she’s been set up to be the archenemy of the overrated Countess Gaga, so yes, someone please sweep the Jimmy Choos out from under that smug resting bitchface.

I can’t decide whether to have more of a crush on Matt Bomer or Finn Wittrock in terms of “hottest vampire,” suffice it to say I wouldn’t throw either one out of bed, or especially both at one time (not fair, Gaga.) Wes Bentley is kind of a yawner as the only alive person in the hotel, who seems confused by the fact that no one else is living, and undertakes a Herculean effort to police-investigate why nothing makes sense in a haunted hotel (plot lines have never been a strong suit in AHS, don’t ask too many questions).