Tales of a Scorched Earth 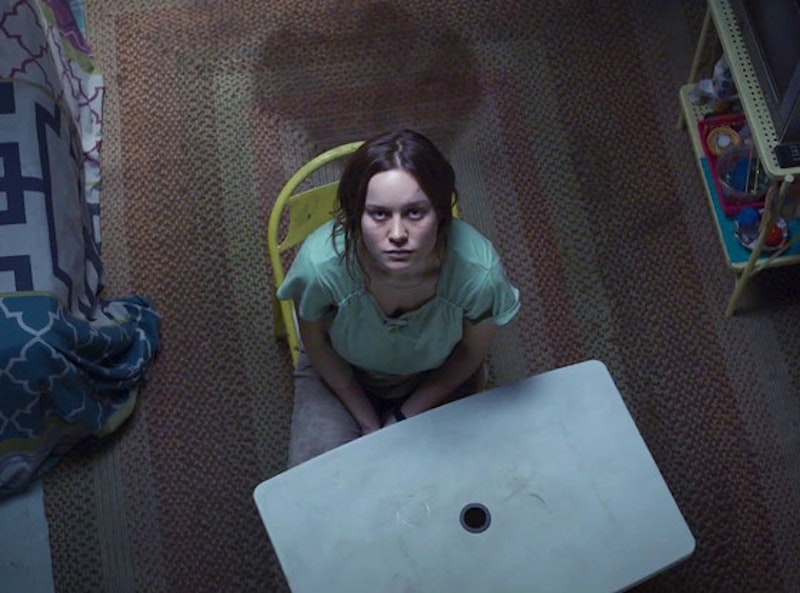 Room is a new film by Lenny Abrahamson, adapted by Emma Donoghue from her novel of the same name. To watch Room is a punishing, unpleasant experience, one that leaves you feeling bent and spent for days afterward. Joy (Brie Larson) is a young woman who was kidnapped at 17 and has been locked in a garden shed for seven years. Her kidnapper pays for electricity and heat, brings her groceries, and rapes her whenever he sees fit. We’re introduced to her five years in, five years after she gave birth to a boy named Jack (Jacob Tremblay), fathered by her kidnapper. All Jack knows is “room,” the shed with a toilet, bath, television, bed, closet, table—the bare necessities. We see these incomprehensible tragedies every now and then on the news—women abducted and kept shackled in basements and shacks for decades. I vividly remember watching CNN with my dad when Elizabeth Smart was found alive after being missing for less than a year—of course everyone figured her for a goner, and it was remarkable that she was saved after a comparatively short amount of time, still able to recognize the world around her and build a functional life. Room does not focus on the prurient or the violent like those news reports always do—we see through Jack’s eyes, and Joy’s heroic rearing and educating of him in a hopeless, bleak environment. Jack does not know that he is imprisoned. Joy has raised him to know that “room” is all there is—a skylight, a pictures on TV, and the man who comes at night and takes her mother from him.

I came out of the theater frustrated. I thought that the inspirational tone, especially the soaring and sentimental score, did disservice to the horror of the situation. When Joy pretends Jack has died and wraps him in a rug to be disposed of, their kidnapper “Old Nick” takes him in the bed of his pickup truck. As Jack wrangles himself out of the rug and sees the sky and trees and clouds for the first time, the orchestra weeps for us, and the camera closes in on his awed eyes, all in slow motion. He barely escapes, jumping out at a stop and getting a stranger’s attention as Old Nick tries to take him away. Joy and Jack are freed—they’re hounded by media as they stay at her mother’s house. William H. Macy plays her absent father, who can’t even look at Jack out of disgust, unable to reconcile that his grandson was a product of rape, even as Joy implores him that he’s loved. It’s not the best date movie.

I saw Suffragette the previous day, and had the same reaction—well-made, powerful story, but not something I’d ever sit through again. These movies are not melancholic; they’re just crushing. In Suffragette, the gray prison of Britain in 1912 and the fight for women’s rights is a macro-indictment of humanity. In Room, it’s a microcosm of that same evil—and while these stories absolutely need to be told and memorialized, they are relentlessly bleak, and the only takeaway is a seething misanthropy. In both cases, there’s something to be said for the strength and endurance of the human spirit, but on both days, I left convinced I’d never see this darkness abolished. Without the tonic of surrealism or comedy, these stark examinations of the depths of humankind’s evil are a drag, and I’m not sure what mood I’d ever be in to put either of them on again.