Rock the Kasbah is poison, while Bridge of Spies made me pledge allegiance. 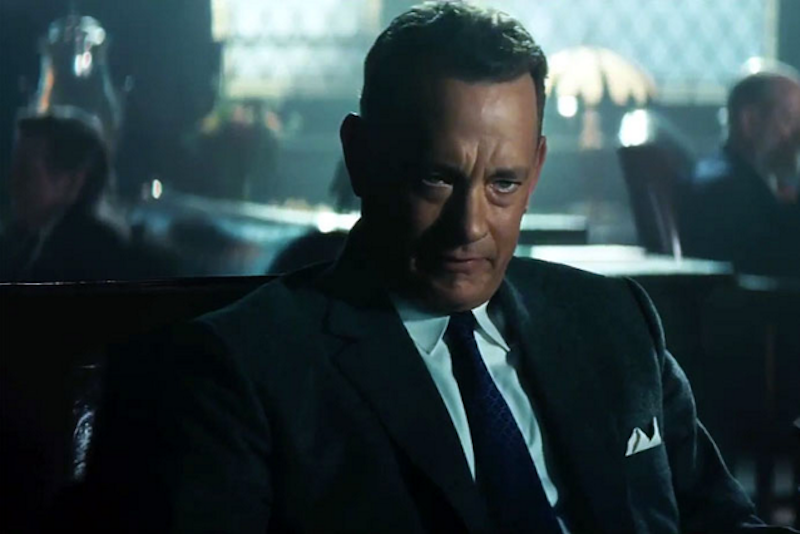 Barry Levinson is the other director from Baltimore, best known in Baltimore for Diner and a decades-long stream of critical and commercial bombs like Envy, What Just Happened, Man of the Year, and now Rock the Kasbah, an awful film starring Bill Murray. Who made Murray do this? Why did he deserve to be punished? Is he sick? Did he get hit in the head? Is his agent pulling a Colonel Tom while Bill is blazing? Murray’s reputation for laying low and picking roles carefully has been steady since Groundhog Day in 1993, and especially Lost in Translation in 2003. Jim Jarmusch’s Broken Flowers from 2005 might feature Murray’s most moving performance, and you’d think he could sit tight in the shade like a jolly Brando for the rest of his career, appearing on call for Wes Anderson and no one else. In Kasbah, Murray plays a scummy talent agent working out of a motel in Van Nuys, a deadbeat asshole resembling something the Google Dream Machine would concoct out of a bucket of Bill Murray memes—stoner, cynic, hapless, lovable creep. Somehow, he gets Zooey Deschanel to perform at a USO show in Afghanistan, and she splits as soon as they get to the hellhole hotel. This movie reminds me of the Toby Keith lyric “We’ll put a boot in your ass, it’s the American way.” It’s 7-Eleven bargain bin crap, an inexplicable embarrassment for Murray, Deschanel, Bruce Willis, Kate Hudson… and even Levinson.

A more sterling example of American diplomacy is Bridge of Spies, directed by Steven Spielberg and written by Matt Charman and the Coen Brothers. I usually can’t stand anything Spielberg touches—his dreams are my nightmares. He and George Lucas are responsible for the infantilizing and unhealthy wish fulfillment in American movies for 40 years—they’re pirates of the imagination, cookie monsters from a bad world. Movies for everyone are boring. Resolutions are overrated. Not every little thing needs to be explained. Luckily I didn’t experience any of these intrusive thoughts during all two hours and 15 minutes of Bridge of Spies, which feels more like a Coen Brothers film than anything Spielberg has ever done. His movies are optimistic and easy to swallow, while the Coen Brothers make cynical, absurd, bizarre, and bleak work while remaining accessible and well-financed. There are maybe a dozen American directors with as much autonomy as the Coen Brothers, with an immediately recognizable style and rhythm, and a reputation that precedes them, along with Paul Thomas Anderson, Wes Anderson, Quentin Tarantino, and David O. Russell.

I never saw a trailer for Bridge of Spies, and was nauseated by the poster alone—another Tom Clancy fantasy, Spielberg spinning his wheels in the Cold War. But his sappy sensibilities are sapped out of Bridge of Spies—with superb performances from Tom Hanks and Mark Rylance, a lawyer and Soviet spy thrown together in 1957—and he remains an incredible director, given quality material. So along with Hail Caesar, we get a bonus from the Coens, effectively two movies in two months from the same Siamese brain. Bill Murray clearly got his tribal contacts mixed up.