Should we trust Jar Jar Abrams? 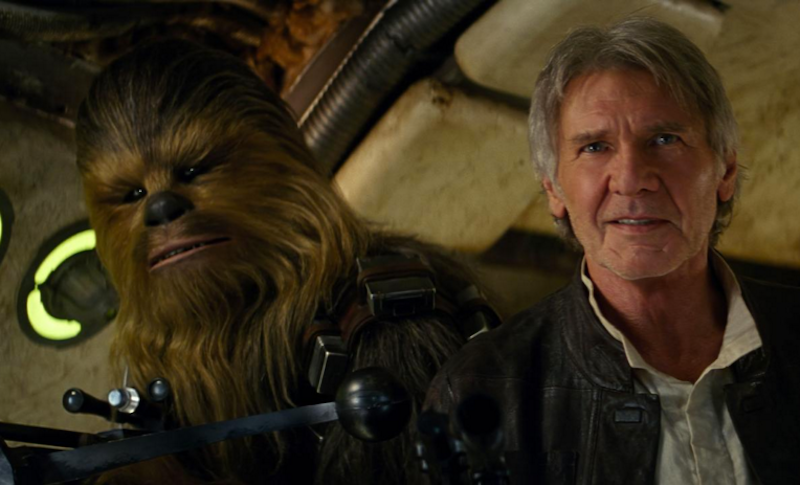 Amidst the massacres and protests in the news lately, another serious issue risks going unaddressed. We have exactly one month to prepare for the potential heartbreak of Star Wars: The Force Awakens.

While nerds more myopic than me try to discern signs of quality or lack thereof from the handful of trailers and TV ads, I’d recommend stepping back and looking at the largest piece of evidence we have about what happens when director/producer/co-writer J.J. Abrams is handed a precious franchise: his two recent Star Trek movies.

I’m not saying they were crap, but will argue that they were pretty generic retreads without much thoughtful original material in them. That worked out okay for the first installment, which pretended to nothing more than being a set-up of the basic Trek world for future adventures, but the generic-retread approach was almost sacrilegious in the second film—which was as gratuitous a remake of certain classic plot points as, well, the new version of Memento that’s apparently already in the works.

Redundancy wasn’t Abrams’ only crime in his Trek movies (spoilers ahead for those two films, mainly the first). What’s perverse is that Abrams, who claimed not to be a Trek fan, did not merely stride into the world of Trek recklessly like someone unaware of where others had gone before. On the contrary, there were multiple plot points in his films that appear to have been deliberate acts of petty continuity vandalism, as if he (or one of his collaborators) remembered a great many of the franchise’s key moments and deliberately contradicted them, simply to show that they can.

The centuries-long tension between Vulcan and Romulus? Gone, along with the rubble of Vulcan.

The decades between the launch of the Enterprise and the invention of faster “trans-warp drive”? Gone, since events in the second Abrams film led to the much earlier adoption of trans-warp.

But hey, who needs trans-warp, since we’re told those same events led to the invention of interplanetary personal transporters. Who needs spaceships at all?

Compared to these sly yet devastating revisions, the fact that the whole voyage has started five years early or that everyone’s parents are dead or that Nurse Chapel is probably going to be even more harshly spurned are trivialities. This is not the Trek we knew and loved.

So what will happen when this same madman gets his hands on Luke and Leia next month—not to mention on, say, Jar Jar and Boba Fett if he chooses? (A surprisingly strong, serious case has been made that Jar Jar was intended by Lucas as a faux-bumbling Sith anti-Yoda all along, complete with deceptively clumsy-looking Sith-level fighting skills, so don’t rule out the possibility of that goofball turning up in a villainous new role.)

Perhaps the most ominous sign that something at best redundant awaits us all is the new Death Star—pardon me, that new “Starkiller Base” armored ice planet—looming in one corner of the official poster. Isn’t it bad enough that George Lucas himself duped us into watching a second Death Star?

Luckily, if it all stinks, I’ll still have the Marvel movies over which to obsess. (Will Ronda Rousey still be under consideration for the role of Capt. Marvel after the recent humiliation of her being K.O.’ed in the ring, not to mention the even greater humiliation of her Bernie Sanders endorsement mere days earlier?) And over on TheFederalist.com soon, you can read my longer take on that Can We Take a Joke? documentary I mentioned yesterday, which I suppose is in some sense a more serious film.

But knowing what a fragile, slender thread now supports the most important part of our modern mythology is not something easy to put out of mind. Then again, I’m sure it will be much better than the prequels.