Haunted by the screenwriting guru. 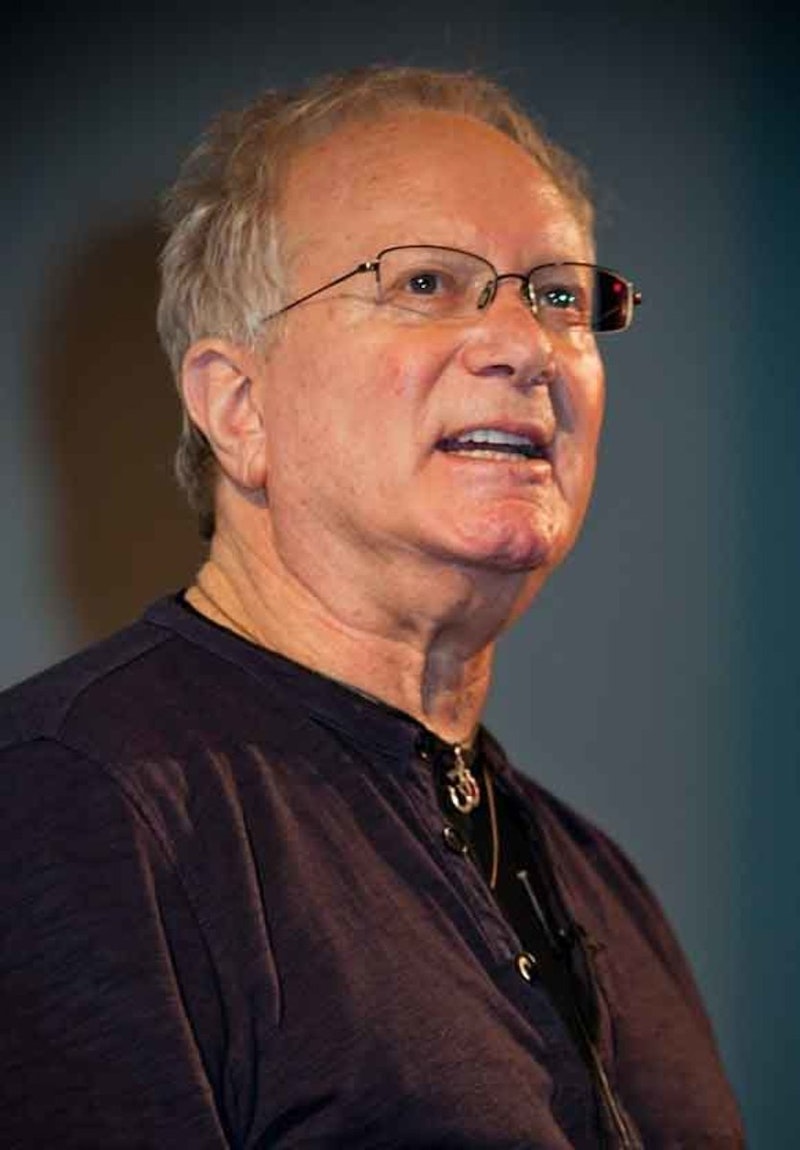 The horizon is a crayon line, the sun a blot. I look at dream Syd Field and he turns. “The material has to be designed for and incorporated into your story line, then executed to the best of your ability,” he says. The air sighs; oddly colored grasses bend. A voice, lost from its body, cries out; or was that the wind? “He wasn’t capturing the dimension, either physically or emotionally, on the page,” says dream Syd Field.

Eyes white, pupils gone, dream Syd Field says to write character. People remember character. “But we usually forget all the cool car chases and explosions that occupy the majority of action films that fill our theaters,” he says. “They all look alike.” The sky ripples; two paragraphs pass, not long ones. “What makes a good action film great?” dream Syd Field calls out. “The electricity of the action sequences. Remember the chase scenes from Bullitt and The French Connection?” His eyes are still white, still without pupils. “Or the last sequence of The Matrix?” he says.

I don’t remember the last sequence of The Matrix.

“Or Butch and Sundance jumping into the river gorge after being relentlessly chased by the Super Posse in Butch Cassidy and the Sundance Kid? The list goes on and on.” Dream Syd Field’s mouth is desperate for words, any words. “My experience of Chinatown was literally a voyage of discovery,” he says, and he means the detective drove around town looking for clues. “Many screenwriters might approach a story like this from the perspective of dialogue,” he says, meaning they might write a lot of exposition lines. “When you’re in the paradigm, you can’t see the paradigm,” he gulps.

Truism crowds the sky. Rehash and verbal bloat litter the landscape. Nothing adds up as it should. Can we awake? “Syd Field is the preeminent analyzer in the study of American screenplays,” says James L. Brooks. “A virtual must for aspiring screenwriters,” says Lynda Obst. From close by, there glares a terrifying whiteness. “The essence of character is action—what a person does is who he is,” says dream Syd Field, staring from behind his blank eyes. For dream Syd Field never left us.

All quotes are from Screenplay: The Foundations of Screenwriting by the late Syd Field.