A Brilliant Use of Irony 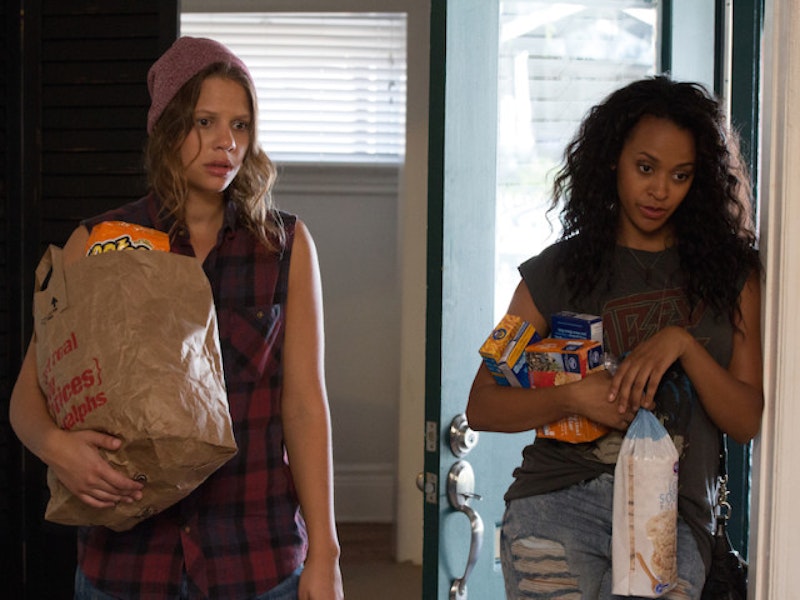 I’m a bibliophile, a stickler for words. What fascinates me even more is a comedy segment featuring either a single word or the use of language. I never thought that I’d see comedy displayed in this kind of medium before, a medium comprised entirely of irony. I’ve recently taken up the task of wishing. A lot of people tell me if you wish for something it will come true. All those people are correct!

I was wishing, as I was slogging through YouTube, to land on vlogs where people are relaying something halfway funny when an email popped into my inbox. Figuring it wasn’t a coincidence I tried this wishing thing again to have no viruses assault me like a drunken elephant. I was rewarded on all accounts. The email asked me to check out a web series on YouTube that’s plainly called Words With Girls. The title made me apprehensive. Knowing YouTube produces some twat bucket uploads, I was hesitant to click on the email that held links to all three episodes. Deciding that I didn’t have any more wishes to lose I clicked, plunging into director Sarah Croce’s creation, aided by writer Brittani Nichols. Having no prior knowledge of the network Autostraddle.com was a big plus because this show is weirdly funny. It isn’t the South Park kind of weird where people use gay jokes like regular conversation… it’s weirdly funny in the sense that the writer really knows how to use irony. She knows what the word means in all contexts and she unleashes her knowledge on the viewers.

What’s the result? It’s best to briefly examine each episode exclusively. If you’re really clever with words then you’ll get a little more out of this show than your illiterate friends. A certain level of brain requirement is needed to love this show. Brittani Nichols, Lauren Neal, and Hannah Hart are great actresses as well, by the way.

Episode 1: Semi: If I had to pick an episode that I kind of disliked this would be it. One thing is that it’s impossible to tell who’s who. In this episode, a black girl and white girl walk into a house. The episode titles are great hints and red herrings to the jokes ahead. It’s like a boomerang winking at you before it whizzes through the sky breakdancing. Brittani comes in, saying she’s making up a new word, playing on the pop culture joke that words are cooler if they’re shortened. She wants to shorten the word super to supes. This joke is played out for a while and then abruptly switches to a different form of “partially joking.”

Episode 2: Gussy: The action spoke louder than any of the words in this episode. The ironic pivot is a glamorous one. Brittani gets in a car with a different girl. The two soon begin a downright chortling conversation about how long it takes them to get ready in the morning. The use of irony to power the theme, implied in the title, makes for delicious chuckling throughout. They soon start complimenting one another, enforcing the irony displayed earlier in the episode. Glossy with pretty wisps of truth, this episode is the best in the series.

Episode 3: Token: Everything in comedy today has to tackle race and ethnicity. Why? Don’t know, but it’s a rule that everyone just consciously knows, like always bring cash when attending Hooters. Words With Girls does it in the best way that I have ever seen. We’ve all seen the token black guy or girl (typically guy). The token black guy is just a placement of something abstract that’s supposed to be a gag. These girls take that concept and flip it on its head, making for hilarious token tickles. Brittani is jealous of another black girl stealing her “blackness” to which a hilarious and semi-obtuse dialogue ensues detailing the root of her worries. It’s so tangible that everyone will giggle at the prudent message hidden within. They twist stereotypes on their head and these women do it in such a way that it’s dastardly.

Most comedies today force me to either find the level the comedian is on and stay on that level or abandon my thoughts completely so I can enjoy their humor. This web series didn’t just rise up to meet my funny bone, but it displayed its intelligence with irony, a clever play on words, and a chic flow of jokes. In a world of vlogs about farting into the camera, Words With Girls is not only a refreshing reminder that words can be comedy but it’s the best example of literary creativity. While not about words specifically it has enough plays on words to warrant it a special place in my heart. Why? Because this show commits to a monogamous comedy streak, making sure that irony can once again be loved and appreciated by everyone.