Jeff Goldblum is the MVP. B+ 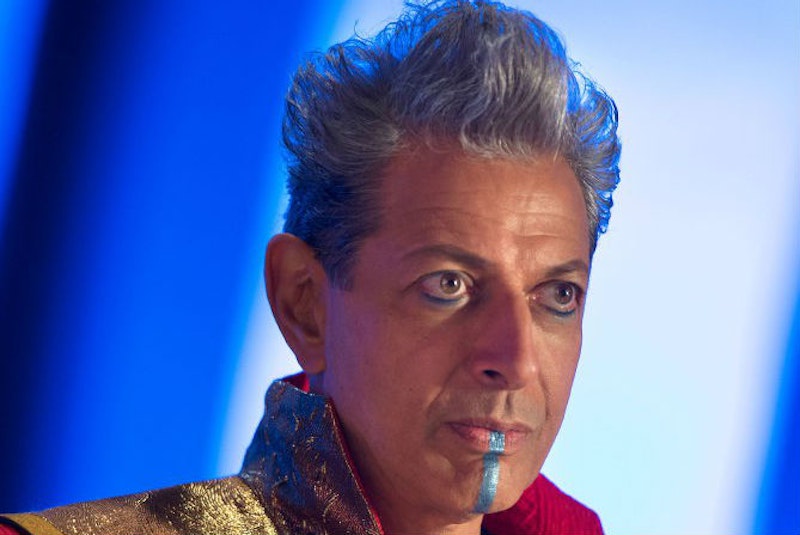 I’ve always considered Thor a weak link in the Marvel Cinematic Universe. Portrayed by handsome Chris Hemsworth, he’s not that interesting as a character, nor are his powers all that compelling. He’s never been one of the highlights of the full-on Avengers movies, and the first Thor-centered movies were two of the worst of the MCU series.

So it comes as a pleasant surprise that Thor: Ragnarok is among the more entertaining entries in the series. How’d that happen? The hiring of a visionary director, strong usage of some of the Marvel universe’s better characters, beautiful filmmaking, and a healthy amount of humor. This is the film that last spring’s disappointing Guardians of the Galaxy sequel was trying to be.

Thor: Ragnarok was directed by Taika Waititi, the New Zealand-born director of Hunt For the Wilderpeople and What We Do in the Shadows, and for all the times directors of acclaimed indies are put in charge of major blockbusters, the transition is especially seamless here. Waititi keeps the pace brisk and the tone light, and he keeps up a spirit of fun. The stakes may concern the futures of whole peoples and worlds, but the film doesn’t take itself too seriously.

This is one of those space-set films in which the three acts are neatly split among different planets. The first deals with the established mythology surrounding Thor, his brother Loki (Tom Hiddleston), their father Odin (Anthony Hopkins) and their never-before-seen sister, the even more evil goddess Hela (Cate Blanchett).

The second (and best) act is set on a planet called Sakaar, with Jeff Goldblum as a warlord/gangster/ringmaster known as “Grandmaster.” Resembling David Bowie with a blue soul patch and chewing scenery delightfully, Goldblum is the film’s MVP, narrowly edging out the wonderful Tessa Thompson as a new character called Valkyrie, a drunken bounty hunter-turned-superhero. Old friend the Hulk (Mark Ruffalo) returns as well, after he and Thor sat out the Avengers meet-up in last year’s Captain America: Civil War.

Even the third act is an improvement on what these films usually give us—namely, a giant effects extravaganza either held on a giant collapsing platform, or with a giant blue magnetic thing in the sky sucking all the characters into it. Instead, the climax is set on a long clear bridge, which allows the action to be photographed clearly, while clearly establishing where the characters are at all times. And beyond that, the movie is barely over the two-hour mark.

Usually having two or three separate villains in the kiss of death for a superhero movie (see, Batman & Robin, Spider-man 3, and others), but this film manages to balance things quite effectively, giving just the right amount of screen time to Blanchett’s Maleficent-looking “God of Death.” There are cameos and appearances by various well-known characters old and new; I especially enjoyed Karl Urban as a bald Blanchett henchman who uncannily resembles ex-Yankees pitcher David Wells, as well as a sympathetic CGI rock monster named Korg, voiced by the director himself.

The mythology won’t necessarily mean anything to those (like myself) who don’t read comic books and don’t remember all the details from having seen the previous Thor movies once each. In the first act the characters can seemingly teleport at will, but much time is taken up later on by the search of a working plane. And the film is overstuffed with characters, to the point where a first-rate actor like Idris Elba is given just about nothing to do.

But Thor: Ragnarok is still a triumph, and goes in the upper third of MCU releases.

A Bad Moms Christmas is Uneven but Charming. B-

Bad Moms, which arrived in the summer of 2016, struck something of a nerve: It was about, and for, middle-class moms who felt overworked and unappreciated, and exalted in the opportunity to chuck their responsibilities and let loose. A lot of moms went to the theater last summer and did just that.

The original film, written and directed by a pair of male veterans of the Hangover series, and coming from the Chinese-backed fledgling studio STX Entertainment, was a major hit and now, slightly more than a year later, we have a holiday-themed sequel. At times it’s very funny, and clearly knows its audience and gives it exactly what it wants.

There are times when it gets lazy, including a few glaring plot holes, subpar gags, and other things that ring false—a symptom, perhaps, of the film getting thrown together so quickly. But overall, if you enjoyed the first movie, you’ll probably like this one, too.

Mila Kunis, Kristen Bell and Kathryn Hahn all return as the titular moms, joined this time by their mothers (played, respectively, by Christine Baranski, Cheryl Hines, and Susan Sarandon), all of whom visit in order to torment their daughters over the holidays. Hahn, as in the previous film and most roles of her career, is the funniest and most appealing of the bunch.

Baranski plays the part of Kunis’ mother as a materialistic control freak, running roughshod over both her daughter and hapless husband (Peter Gallagher) and getting to deliver some delightfully cutting lines; Baranski just about steals the movie. Hines, only about 15 years older than Bell, plays more of a creepy, clingy type, while Sarandon portrays something of a Ghost of Christmas Future for Hahn’s loud-mouthed biker-type. Neither of the latter two mother roles are especially well-written, but the actresses power through with their winning charm.

Rounding out the supporting cast is Justin Hartley, who’s never been impressive as a regular on the hit drama This is Us, but here he shows impeccable comedic timing as a male stripper who romances Hahn; they share what’s likely the first funny waxing scene in a movie since The 40-Year-Old-Virgin in 2005.

However, there are some little plot details that are head-scratching. Mall food courts tend not to serve alcohol. Sky Zone play areas don’t usually allow adults to play dodgeball. Impulsively buying a house that’s not for sale in an all-cash transaction isn’t usually something one can do in a single afternoon. And several of the blind spots of the first film remain—the characters are all white, suburban and conventionally attractive, and none of them seem to ever have a care in the world about money.

The film also does that annoying trick where it gives a mostly indefensible character an out-of-nowhere redemption arc, which in this case requires the character to undergo a one-scene personality transplant- following a long expository speech by someone else. This gives the plot a wildly abrupt and tidy resolution, even by studio comedy standards.

Even so, the witty script and charismatic cast combine to deliver what A Bad Moms Christmas is promising: an unvarnished good time at the movies.