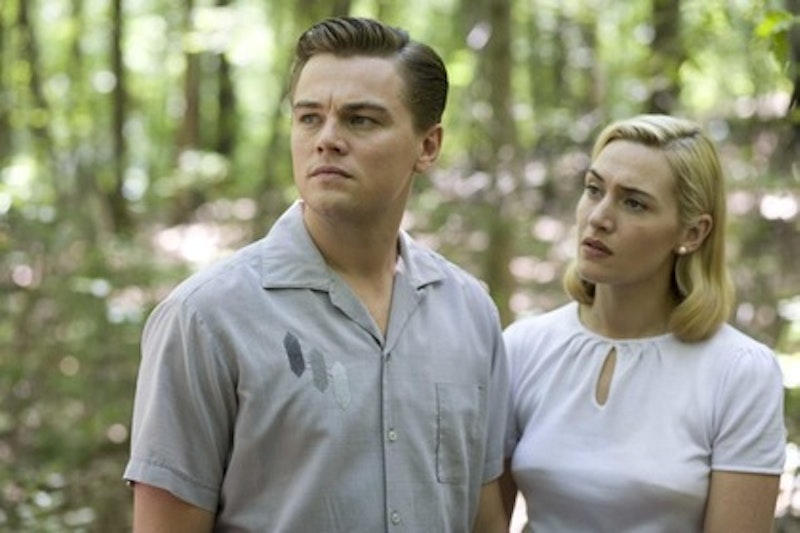 AFI released this week its list of the Top 10 movies of 2008, as have most critics of mainstream publications, and of course the Golden Globe nominations are out too. But if you're like me and don't live in New York you might find these lists a little frustrating.

Why? Because the movies are not out in theaters! You can't see them! At least not in most places in this country. On AFI's list I counted five I simply cannot see. Some I may never get to see until January 2009, or ever, which kind of defeats the purpose of a "Best of 2008" list, right? Which is fine for me, since I live in Philadelphia, and we get some films, but what about everyone else? (Those five movies are, by the way, The Wrestler, Gran Torino, Wendy and Lucy, Frost/Nixon, and The Curious Case of Benjamin Button.)

I don't blame the critics. I blame Hollywood. This ludicrous rat race for the five best picture Oscar nominations have once again blinded the industry to the realities of American life. Pushing all the good movies to the very end of December may keep them fresh in the minds of the Academy, but it is infuriating for movie buffs outside New York and Los Angeles. This year is the worst in memory.

There was once hope for better times. When Crash won best picture in 2006, some movie pundits assumed this would loosen the Oscar release schedule. Crash had opened in theaters months before the rest, signaling to Hollywood that the year-end cram wasn't so necessary after all.

Nope! They never learn. So, to punish them, I'm going to "review" the movies most often mentioned in Top 10 lists that I haven't had the opportunity to see, based on my expectations for liking them. Gotcha, studio system!

Revolutionary Road—Kate and Leo are back! There's the marketing pitch right there. Too bad viewers will be disappointed when they discover it's basically a tale of misery and loneliness. That said, I'll probably love it.

The Reader—You can't go a year without at least one Holocaust movie, even if it's pseudo-Holocaust. Conventional wisdom is this is yet another star vehicle for Kate Winslet. I love Kate Winslet and thinks she deserves an Oscar for something, even if it's bad, so, once again, I'll probably love it.

Gran Torino—Bleh! Who wants to see a movie about a racist? Even a loveable racist! I'll see it if I find out in the movie he votes for Obama.

The Curious Case of Benjamin Button—Yes, it looks cool. But honestly I don't understand why this is a best picture frontrunner (according to some, and, recently, the L.A. Times' blog, The Envelope). Brad Pitt is typically not compelling, though Cate Blanchett is heaven, always. I'll love it if he takes his shirt off more than twice. Those are my terms.

Doubt—Okay, I actually have seen this one, but I'm pretty sure most people haven't. It's still in limited release. It's really good, so I'm not going to be snippy about it.

The Wrestler—I don't know about this one. Darren Aronofsky: yes! Aging old man past his sexual prime? No! I've been watching Friday Night Lights recently (it's phenomenal), so my tolerance for sports drama has been temporarily raised. I'm neutral on The Wrestler.

The Class—I can't wait to see this. I'm fascinated by what goes on in France outside of Paris, and this looks sharp, smart, and sophisticated. Plus, it won all those damn awards.

Waltz with Bashir—Ugh, I don't know. It's a cartoon, or, you know, cartoon-like.

Last Chance Harvey—I don't actually think this will make many Top 10 lists. But early reviews look good. More to the point, I love movies about pretty—emphasis: pretty—old people falling in love serendipitously (like Something's Gotta Give). I expect it to be decent.

Frost/Nixon—Another one that is out but only in limited release. I like political movies, so I won't hate it, I'm sure. Unless I get so pissed at Nixon—as a kind of pre-Bush—I walk out of the theater.