Ten Years in a Meat Locker

The 2009 documentary Collapse still frightens me. 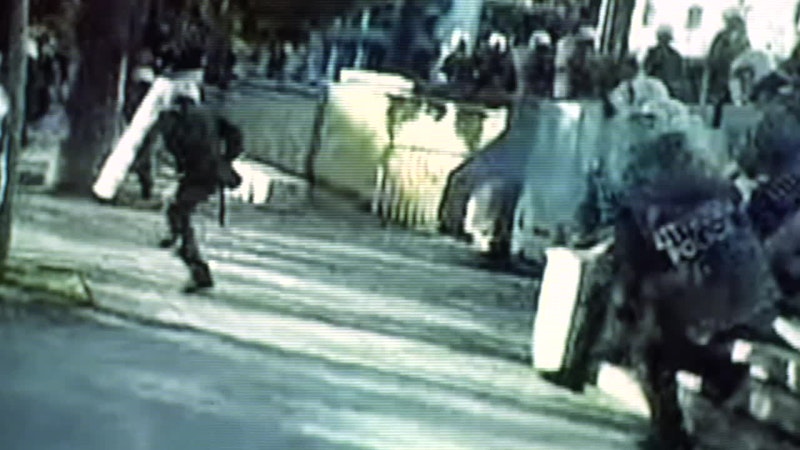 I first saw the 2009 documentary Collapse after a tumultuous time at art school, primed to view the world cynically. I had no sense of hope or direction, and felt like I’d been cast aside by society and my peers. I was vulnerable, and more likely to let down my critical filters and accept the notion of apocalypse.

The movie I saw all those years ago was an extended interview with CIA drug smuggling whistleblower-turned-journalist Michael C. Ruppert, now consumed with the idea of the collapse of industrial civilization. The film takes place in a dimly-lit meat locker, where Ruppert's answers are interspersed with grainy archival footage on CRT TVs, typewriter heading sequences, and graphs of oil production and population curves. The music and audio feels hypnotic, inviting the viewer into Ruppert's world.

Ruppert’s an engaging interview subject. He oscillates between moments of brilliance and unchecked paranoia. His brand of apocalypse is one defined by peak oil, one that draws heavily from the legacy of the Bush administration. The film attempts to present this neutrally, and director Chris Smith occasionally challenges Ruppert from off-screen. Even armed with contradictory facts, it's easy to follow the line of reasoning he lays out. His prognosis of a massive die-off still feels real. Wake up tomorrow and gas will be 10 bucks a gallon.

Perhaps the most damning problem for any apocalyptic-leaning media is that these doom-ridden prophecies are subject to ridicule when the day of wrath fails to materialize. Like having a custom-painted bus featuring Harold Camping's 2011 Judgment Day, Collapse has since lost its edge as a predictor of world events. But with it comes a new interpretation: an examination of the effects of such a mindset on Ruppert himself.

The mid-to-late aughts saw many documentaries in a similar vein to Collapse. As the world shifts, so do our visions of its end. The Cold War-influenced fears of Soviet-launched nuclear bombs gave way to a world of entropy, abandoned highways and Mad Max-lite takes of oil shortages. None of them have aged well. But Ruppert acted on his worldview, one that followed him for years as his own life broke down, the seeds of which are planted at the end of the film where it's revealed that Ruppert is facing eviction.

After Collapse, Ruppert briefly rode a wave of success. He founded CollapseNet, a social network for those who hoped to build anew in this world without oil. This couldn’t last. His personal misfortunes accrued, having to sell off possessions and couch-surf with the help of his fans. The royalties, as it turned out, suffered from the same decline as oil. In the end, Ruppert killed himself.

When I first saw this film, I went down a similar path. Soon enough, motivated by the fact that the end was nigh, I damaged relationships. I kept waking up with the anxiety that gas would be $10 the next day, that we’d run out of food next week. I was insufferable. But living in that constant fight-or-flight state was exhausting, and I had to confront the fact that the world wasn’t falling apart.

I think the biggest lesson of Ruppert's narrative is a cautionary tale against apocalyptic thinking. The area where Ruppert failed was in his lack of a vision of a better world. His personal vocabulary references the Titanic and “building lifeboats,” but Ruppert was unable to see the leaks in his own. The difference between his story and my own is that I eventually grew to understand that apocalypse was not inevitable, that a world in which people can live better lives does exist and can be built.

If Collapse were released today, it wouldn't look out of place in a world where anxiety at our global plight is at an all-time high and the shared Millennial experience is that of witnessing institutional entropy. The cars we drive aren’t natural; they’re constructed by human forces. The roads we drive on, the suburban sprawl that we navigate, the gas stations we used to fill our cars, none of these are inevitable. Their ubiquity was a result of conscious choice, of design that we can muster yet again for a world that doesn't require an oil addiction to function. This is something that Ruppert couldn't bring himself to see. It was this sense of doom that killed him.