All Eyes on A-Rod

If you preferred the scumbag version of Alex Rodriguez, you're likely to enjoy the new documentary Screwball. 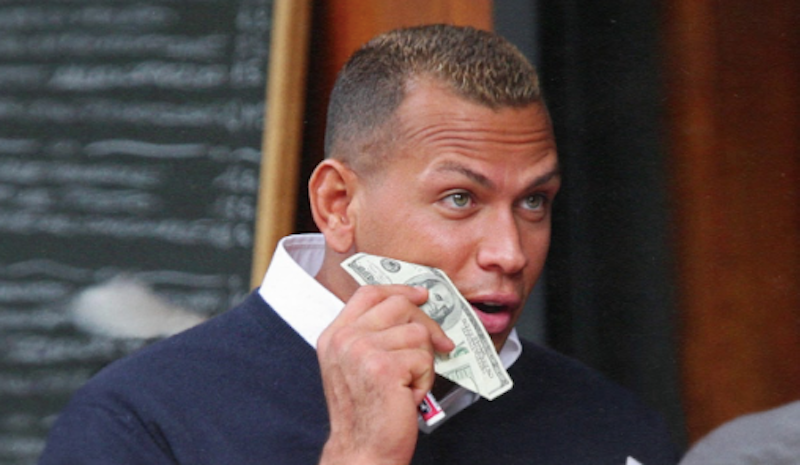 In the last five years, Alex Rodriguez has dramatically changed his public image, going from disgraced slugger and hated Yankee to respected broadcaster and entrepreneur. He's engaged to Jennifer Lopez and has become a handsome male celebrity who's every bit as at home on The View as he is on a postgame show set. Rodriguez has had a similar post-retirement career resurgence to that of ex-Giant Michael Strahan, who once admitted in his explosive divorce trial that he didn't know his own kids' birthdays.

If you preferred the scumbag version of ARod, you're likely to enjoy the new documentary Screwball, which looks back on the Biogenesis scandal, the 2013 busting of a sketchy "health clinic" in Coral Gables that was supplying several prominent athletes, including Rodriguez and Ryan Braun, with performance-enhancing drugs.

The documentary is brisk and entertaining. There's plenty of interviews and archival footage, and the film also utilizes a strange gimmick of staging re-enactments of certain scenes, with children playing the parts of these criminals and athletes. I hated this gambit at the beginning, but by the end I was won over and couldn't stop laughing, especially at the kid they got to play Rodriguez.

ARod, and the several other ballplayers involved, made most of the headlines at the time, but the story behind the episode was much stranger than a typical failed PED bust. The scandal implicated not only a cast of South Florida underworld types, but it exposed Major League Baseball—under the direction of Rob Manfred, now MLB commissioner—as crossing ethical lines and acting like overzealous narcotics cops.

Screwball was directed by Billy Corben (Cocaine Cowboys), a documentary filmmaker who’s found a sweet spot in the intersection of two topics: sports, and over-the-top South Florida sleaze. Corben made two of the endless series of docs about University of Miami football for ESPN's 30 for 30 series, movies full of sketchy boosters who look (and behave) similarly to another disgraced Florida guy, director Brett Ratner. Screwball is being released theatrically in some cities as well as on VOD. This is possibly because ESPN would never even think of airing a movie that makes one of its sports league partners look so bad.

Rodriguez, unsurprisingly, didn’t cooperate with the film. The central interview subject in Screwball is Anthony Bosch, the founder of the clinic, and a man similar to Michael Cohen in many ways, from his physical resemblance to his general shiftiness in interviews to dubious professional credentials (he got his medical degree in Central America) to his eventually flipping.

The film shows Bosch and his partners, including bodybuilder Porter Fisher, way over their heads but somehow landing major baseball stars as clients. It fell apart when the partners turned on one another, and soon after that MLB—in its zeal to nail Rodriguez and eliminate the "stain" of PEDs—started acting like the DEA. At one point they purchased crucial records from the clinic, which were stolen out of the whistleblower's car through a broken window. Supervising the investigation was Rob Manfred.

ARod looks bad in the film—it even refers to the urban legend about the centaur painting—but Major League Baseball comes off much worse. The parts about ARod should be familiar to anyone who remembers New York tabloid topics of this period, but I was more interested in the people lower down.

At one point a few years back, some premium cable network was proposing a drama series based on the Biogenesis episode, a great idea. Make it like The Wire, where the corruption and sleaze go in all directions, whether it's the cheating athletes, the overzealous investigators in baseball, and the actual criminals themselves. We never got that, but the next best thing is this treatment from Billy Corben.