Claire Denis’ High Life is interesting but hobbled by confusing non-chronological structure. B- 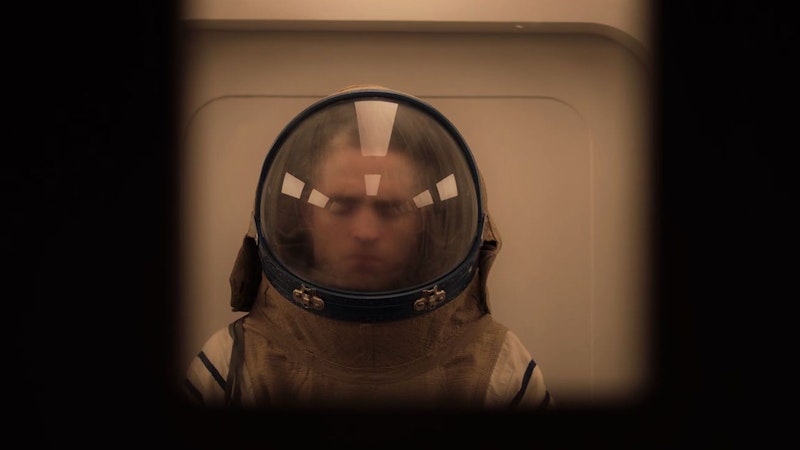 In the making for nearly a decade, Claire Denis’ High Life is finally finished and playing in American theaters. Delayed indefinitely after the death of Philip Seymour Hoffman (Denis’ choice for the lead, now played by Robert Pattinson), the French director best known for her films about colonialism and provincial Parisian life has gone into orbit. An arthouse director’s take on a popular or pulpy genre is always overhyped, and after years of anticipation, honesty about disappointment becomes very hard for some people. The moody, claustrophobic, and often frustrating psychosexual drama set on a spaceship is never boring, and Denis’ sensibility is palpable throughout, but it’s not a touch on her romantic masterpieces Friday Night and Let the Sunshine In.

Like Jordan Peele’s Us, this movie is being overrated by people with nothing but faint praise, anything to dance around actually saying they liked it or why. The obvious antecedent in Denis’ filmography is 2001’s Trouble Every Day, a vampire gore sex mystery starring Vincent Gallo and, contrary to what almost every critic who’s written about High Life has gotten wrong, her first film shot in English. I don’t like it that much but its preoccupations are not my cup of tea. I have a higher tolerance for sci-fi—tolerance, not love or affection—but unlike romances or earthbound human dramas, I really have to be pulled in. Solaris does it. 2001 in a theater. Interstellar was fun even at home. But those are three epic, wide-open worlds. High Life is a prison thriller. They’re all death row inmates, but their crimes are never shown and barely mentioned. It all gets lost in space. Because of the movie’s jumbled up chronology and frantic editing, it’s difficult to absorb who everyone is besides Pattinson and Binoche.

It’s a film that invites multiple viewings, but I’m suspicious of how much it has to give. It has a really strong finish (Pattinson and his daughter approaching the event horizon of a black hole, with the film ending on a beautiful bloom from orange to white where the credits roll), and I want to see it again, but a disorienting non-chronological structure doesn’t serve the film or make exposition easy, and besides one expository dump scene on Earth on a train that sticks out like a sore thumb, there’s little explaining in High Life.

I don’t care about the particulars of their mission or what’s going on down here, but beyond Pattinson and Binoche, everyone else aboard is kept at a distance, never properly introduced or given context. Without much characterization, the movie prevents us from getting close with these characters besides brief scenes that feel like cameos (André Benjamin is underused). Perhaps Denis wanted to mimic the suffocating claustrophobia of space travel, but the fractured narrative of High Life keeps the viewer at a distance.