Beyond the fourth wall. 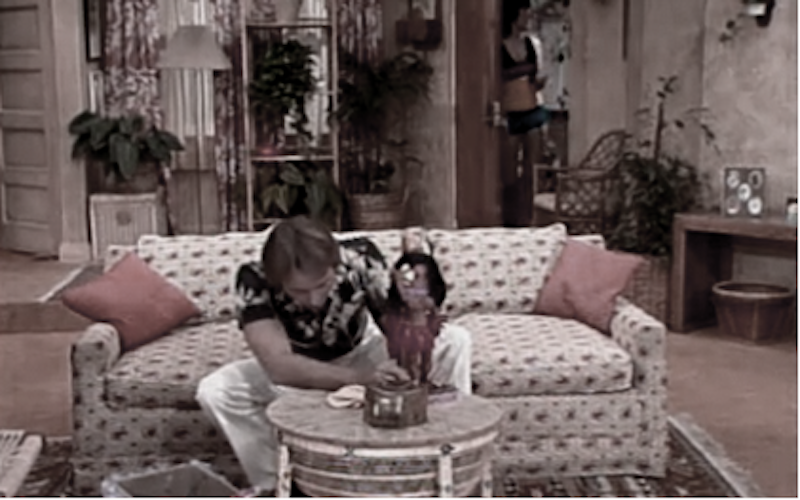 Television sitcom sets, short of a fourth wall which would make them actual living rooms, face the audience and cameras. All the world's not a stage, but a living room, so may Shakespeare remain corrected. The tacit agreement among these shows and their viewers rarely elicits the question: What exactly is the couch facing? Without us to preoccupy them for 30 minutes every week, what would they be looking at? The answer, provided these well meaning Americans are normal people, is the television.

Yet, we don't watch families watching us watching them in a dire existential loop that would subdue and confuse even Charlie Kaufman. That would be too loathsome, too accurate; so instead, Jack Tripper earnestly works on some potentially racist sculpture; Kramer is given full executive license to be Kramer; and Cliff Huxtable manages his family during what appears to be someone's birthday. It is as if we are stuck inside the TV, hands planted on the glass like a silent mime, a dark tear drop as a fat comma painted under our eye, urging the punchline to go on.

Of 18th century Enlightenment philosopher Diderot's "Think no more of the audience than if it had never existed. Imagine a huge wall across the front of the stage, separating you from the audience, and behave exactly as if the curtain had never risen," he was obviously referring to theater—which is essentially television, essentially humans replaying horrible experiences or inventing good ones—though sometimes the people clapping and laughing are not real.